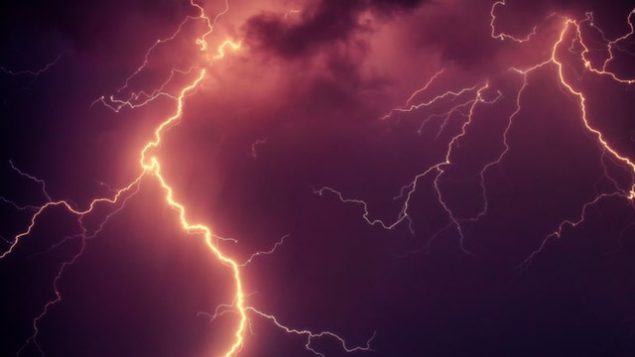 If lightning strikes you, it can stop your heart and your breathing, and burn you.

Each year, lightning can cause as many as 10 deaths and 164 injuries in Canada, warns the government’s environment department. June 11-17 has been declared Lightning Safety Week and the government is drawing public attention to an online map which is updated every 10 minutes to track thunderstorms. 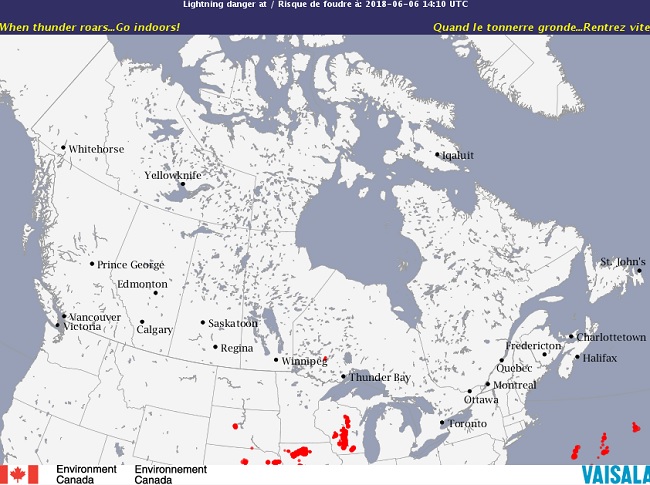 Dark clouds and increasing wind speeds are also indicators that a storm is approaching. The sound of thunder may precede a lightning strike. In such cases, the government urges people to seek shelter immediately in an enclosed building or hard-topped vehicle. In addition, they are warned wait a full 30 minutes after the last clap of thunder before returning outdoors.

Summer starts soon in Canada and that is the time that lightning strikes, especially between the hours of 2pm and 7pm. Among the people most at risk are outdoor seasonal workers including those who work in parks, on golf courses, on roads, in construction, on farms or in the forest industry.

The brain can be affected too

Being struck by lightning can trigger cardiac and respiratory arrest, as well as burns. There can be long-lasting effects on the brain such as memory loss and seizures. Lightning striking nearby can temporarily blind a person and a clap of thunder can rupture an eardrum.