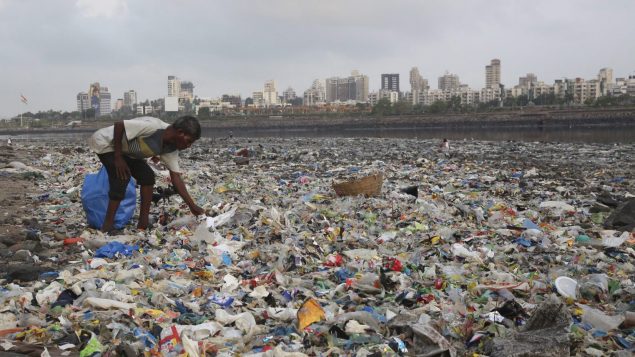 In this June 4, 2018, photo, a man collects plasticand other recyclable material from the shores of the Arabian Sea in Mumbai, India> it's estimated that at current rates, the amount of plastic in the oceans will outweigh all the fish (AP Photo/Rafiq Maqbool/AP Photo/file)

Only five of the seven countries agreed to a charter to limit plastic pollution, and the charter is a non-binding, voluntary agreement which will not solve the problem, says Farrah Khan, a Greenpeace Canada plastics campaigner. The charter focuses on recycling and repurposing but does not include reduction strategies or bans on single-use plastics which, he says, are major culprits in ocean plastic pollution.

Canada’s minister responsible for the environment has called it “disgusting” that plastic is expected to outweigh fish by the year 2050 unless action is taken. The G7 charter is an important first step in taking action, says Louise Hénault-Ethier, science projects manager at the David Suzuki Foundation. But she has reservations.

“We were a little bit disappointed to see that recovery is listed as an allowable form of waste diversion because as you know recovery does mean burning or incinerating the plastic waste and, despite the fact that you can capture some energy with it, it can lead to air pollution.” 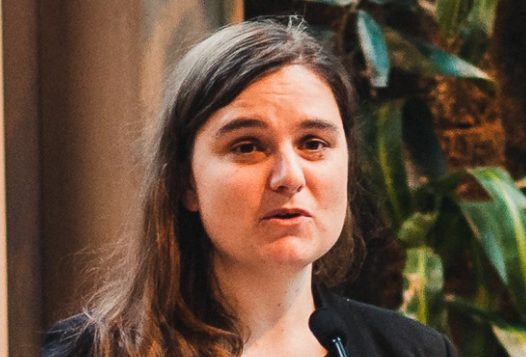 While she praises the charter’s collaborative approach that would involve partnerships with multiple sectors including industry and researchers, she says the charter would be stronger if it were legally binding.

Greenpeace, Environmental Defence and other groups say that Canada should go further and enact its own strategy to limit plastic pollution. Earlier this year, the federal government launched public consultations to develop such a strategy. The minister responsible has emphasized that this must be done with provincial and territorial governments (which share jurisdiction on the environment) and with industry.