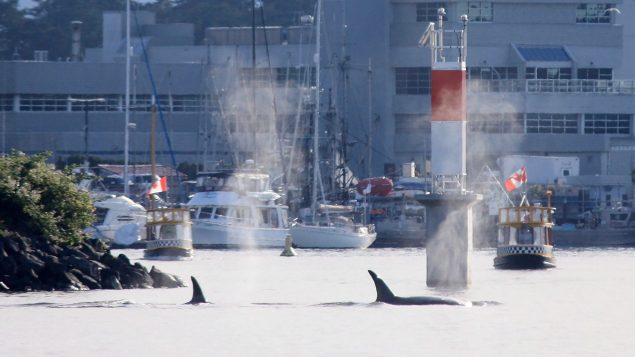 For the second time in 10 days in June 2018, a pod of orca whales stopped in at Victoria Harbour on Canada’s Pacific coast. (Jackie Cowan/hand out photo/The Canadian Press)

A pod of orcas briefly visited the harbour of the western city of Victoria on June 17, 2018, probably following prey chasing food after an exceptionally low tide. On June 4, another pod of orcas spent about an hour in the harbour, but these two visits were the first to occur in decades.

Orcas prey on seals, sea lions,dolphins and other animals. The low tides would have swept animals and other organisms out to sea and they would have rushed back in with the rising tide. Hungry orcas were not far behind. 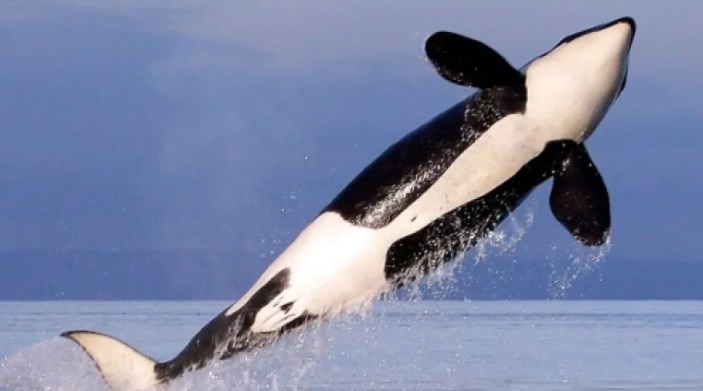 There are only about 76 southern resident killer whales off Canada’s Pacific coast, down from a high of 96 in 1993. Several conservation groups have called on the Canadian government to issue an emergency order to reduce the threats to the endangered species. Unless such action is taken, they predict the orcas have a 50-50 chance of disappearing in the next century.