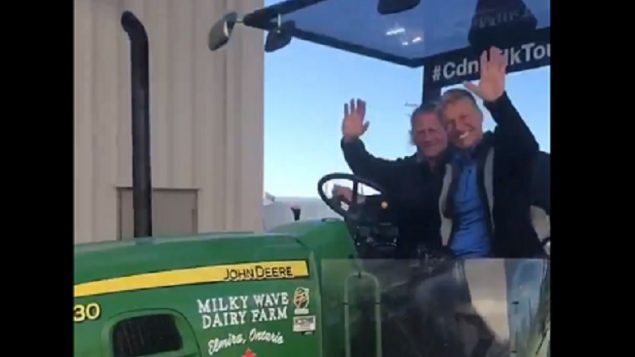 Henk and Bettina Schuurmans left their farm in June to travel across Canada to meet Canadians and tell them the benfits of family farms and Canada's supply-management system. (Twitter-Mark-Schwaerzle)

Henk and Bettina Schuurmans, both aged 55, were dairy farmers in Floradale, just outside Elmira, Ontario.

Their cross-Canada trip aboard a farm-tractor came to a tragic end this week when they were hit by a large truck on a highway in Saskatchewan. Bettina was killed and Henk is in hospital with serious injuries. 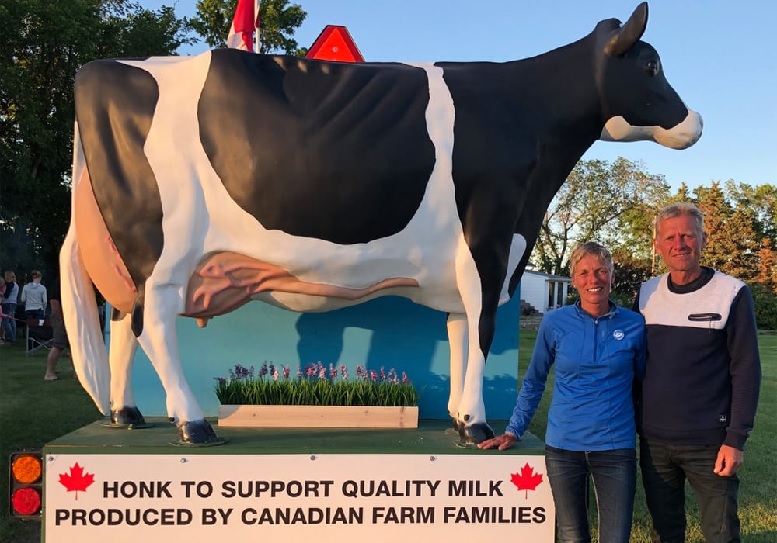 The couple were travelling aboard their farm tractor which had an a large model cow on the back nicknamed “Maple”. Along the trip they often photographed scenes with Maple partially in the image.
(Twitter-SaskMilk)

The trip was to designed to meet Canadians across the country and educate them about the benefits of Canada’s “supply-management” system and family–run farms. This federal programme regulates production, distribution and costs of things like dairy and eggs. That system has come under fire from American negotiators at the North American Free Trade Agreement (NAFTA) talks.

The Schuurmans’ who feared Canada might submit to American pressure, embarked upon the cross-Canada trip aboard their John Deere tractor starting in June 22 from their Milky Wave Farm stopping in towns all along the way and visiting and staying with other farmers.

Apparently on the morning of July 9 about 9 AM, they were struck from behind by a semi-trailer on a portion of the Trans-Canada highway north of Saskatoon. 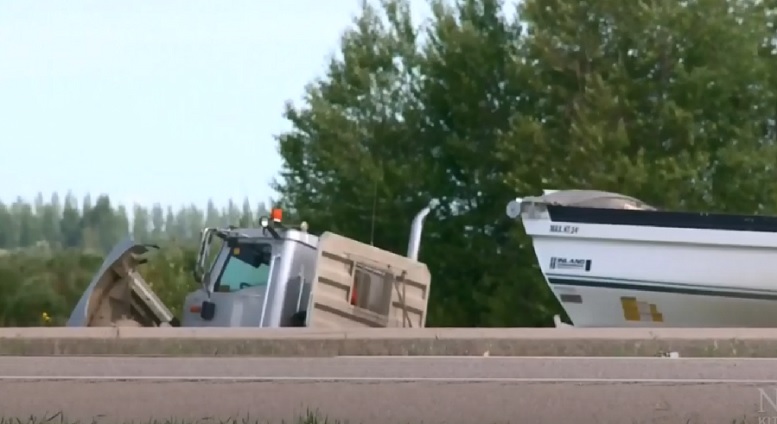 Picture of the semi-tractor that struck the Schuurmans. The driver was not injured. (CTV News screenshot)

The Schuurmans’ family and the agricultural community in Canada is shocked and saddened at this tragic end to the venture. A GoFundMe campaign has been set up to help the family.