Police display guns, drugs and other items that were seized during a seven-month investigation into the drug trade in western Manitoba, in Winnipeg in October 2016. Debate is heating up how far gun control legislation should go. (Steve Lambert/Canadian Press)

Montreal is set to join Toronto in pressing the federal government to pass a nationwide ban on handguns and assault rifles.

Alex Norris, a city councillor and the chair of the Montreal public security commission, will present a declaration at city council on Monday calling on Ottawa to impose enhanced background checks on owners and would-be owners of firearms, saying the government’s current proposed legislation, Bill C-71, does not go far enough. 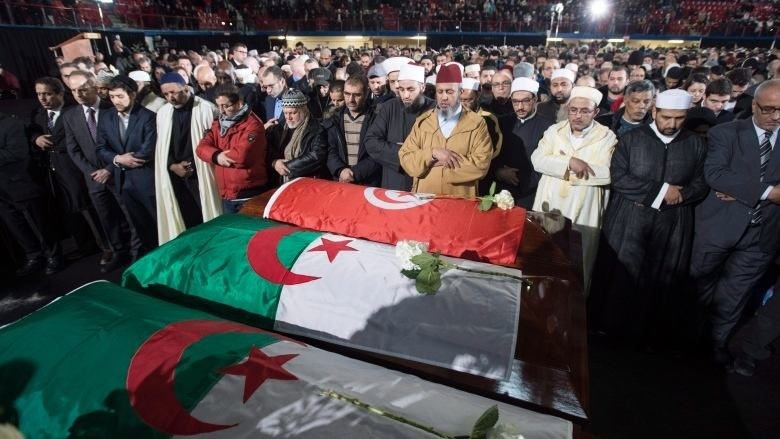 Mourners in Quebec City gather to remember the six people killed and 19 others wounded in the mosque attack in the Quebec capital on Jan. 29, 2017. (Paul Chiasson/Canadian Press)

The Montreal debate will come day before the federal cabinet begins a three-day-retreat in Nanaimo, B.C.

Prime Minister Justin Trudeau has indicated that he may be open to tougher legislation than is currently being proposed.

“We are going to listen very attentively to, obviously, what the city council in Toronto has done, (and) what Montreal might do next,” he said in Val-d’Or, Quebec Wednesday.

“We understand that one of the fundamental responsibilities of any government is to keep its citizens safe.” 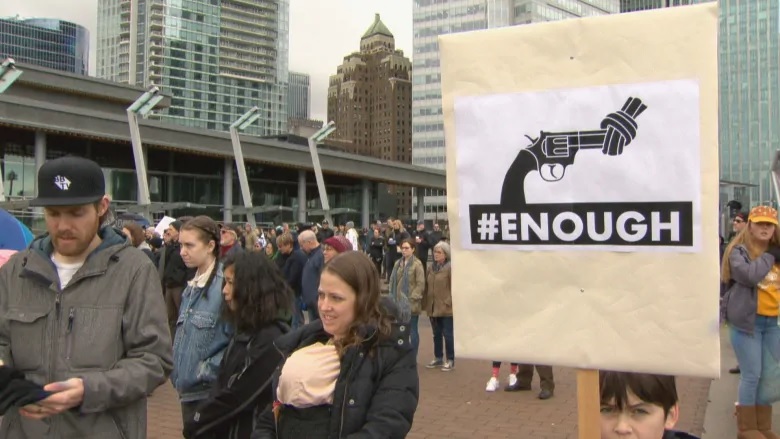 Protesters at Vancouver’s Jack Poole Plaza marched in solidarity with U.S. students to rally against gun violence in March. Montreal city council is set to issue a declaration calling on Ottawa to ban handguns and assault rifles. Toronto made a similar call last month.
(CBC News)

Meanwhile, Canada’s police chiefs, wrapping up their annual meeting in Halifax on Wednesday, said they are striking a committee to analyze data related to gun violence.

Vancouver Chief Adam Palmer, the newly-elected president of the Canadian Association of Chiefs of Police, said Canada’s gun control situation is “actually very good” and the association is not calling for any wholesale legislative changes related to gun violence.

Palmer’s assessment follows a report by the CBC’s Evan Dyer last week that governments and police are not collecting national statistics on whether guns are smuggled or sourced domestically.

I spoke with him by phone on Thursday.