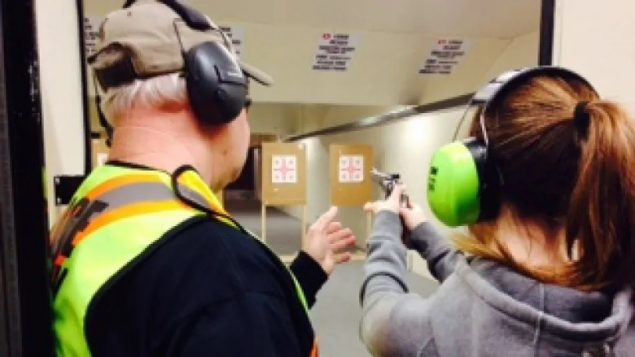 The federal government is to study a complete ban on handguns and so-called "assault rifles" Opponents say it will only stop legal sport shooters and will do nothing to stop criminals. (Rachel Cave-CBC)

A ban on handguns for Canada?

(public commenting open- scroll to bottom to submit. Comments will be posted after moderating)

The Liberal government of Justin Trudeau is set to examine a national ban on handguns and “assault rifle” lookalikes.

In a letter to the recently created ministry of border security and organised crime reduction, Trudeau instructs Minister Bill Blair to support the Minister of Public Safety, Ralph Goodale and his.proposed new gun law Bill C-71.  It also says they should work together on new policies and regulations to reduce gun crime and to study the possibility of “a full ban on handguns and assault weapons in Canada, while not impeding the lawful use of firearms by Canadians”. 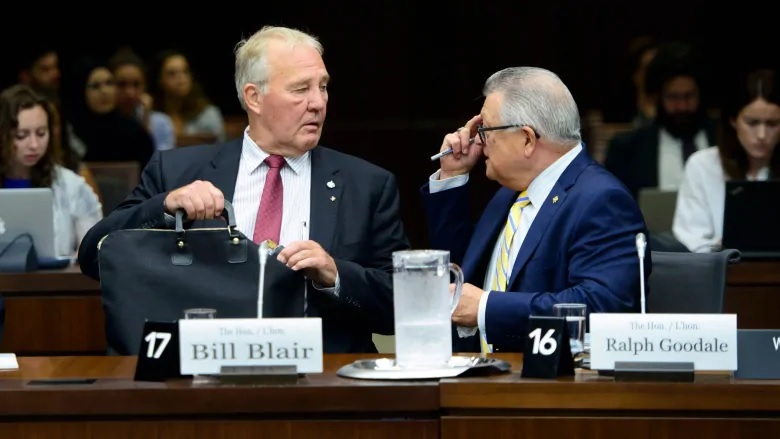 (July 24, 2018) Minister of Border Security and Organised Crime Reduction, Bill Blair (Left) has been instructed this week to work with Public Security Minister Ralph Goodale (R) on gun control issues and a possible ban on all handguns and assault rifle lookalikes, (Sean Kilpatrick-CP)

Toronto has seen a spate of gang-related shootings this summer and a tragedy where ISIS made a dubious claim of responsibility for a daylight shooting in the city in July leaving two innocent bystanders dead. Toronto Council later proposed a city-wide ban on handguns. Montreal council later asked the Trudeau government to propose a national ban on handguns and so-called “assault rifles”.

Heidi Rathgen, a well-known anti-firearms lobbyist, quoted by the CBC said this latest announcement by the federal Liberal government was “very encouraging”.

However, earlier this month the head of the national police force, the Royal Canadian Mounted Police (RCMP) was equivocal on the idea. Commissioner Brenda Lucki told a CBC radio host, “I’m not sure if a complete ban is the answer or tweaking the legislation to ensure more accountability. That’s definitely something we need to study”.

Tracey Wilson, spokesperson for the Canadian Coalition for Firearms Rights said, “A ban on legal civilian handgun use literally does nothing to target the real issues, crime, violence and gang activity. Once again the government has failed to target crime and instead has focused on target shooters”. 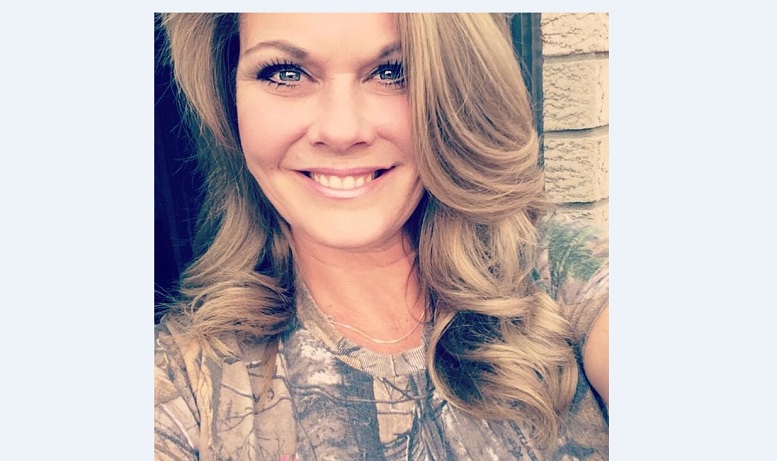 Tracey Wilson, CCFR spokesperson says “a ban on legal civilian use of handguns does nothing to target the real issue of crime” (supplied)

The CCFR website also points out  “Assault rifles have been prohibited in this country for decades, something this government should already know”. 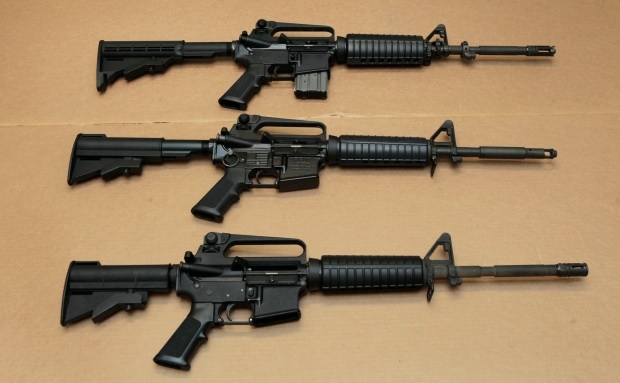 Although these semi-auto rifles look similar to military assault rifles, they are in fact not “assault rifles”. Gun owners say these modern sporting rifles could be banned simply because of their looks. Actual assault rifles are already banned in Canada (Rich Pedronelli-AP)

Another firearms advocacy group also expressed dismay at the plan. Tony Bernardo, executive-director of the 30,000 member Canadian Shooting Sports Association (CSSA) said,  “Our community is furious that disingenuous politicians consistently try to deflect their inability to do anything about gang crime over onto citizens who obey the law.”

Even before this latest announcement when the Prime Minister was speculating on such a move,  Sheldon Clare of the firearms owners advocacy group, National Firearms Association, referenced the July daylight shooting tragedy in Toronto on their website. “The terrorist who perpetrated the Toronto attack, which resulted in the murders of two innocents and the wounding of many more, possessed no firearms licence, no registration, no authorizations and used a stolen firearm. This is a classic example of the failure of gun laws to stop a person of ill intent from carrying out an evil act”, he wrote adding, “No gun control law or firearms ban has anything whatsoever to do with public safety. Now the government is targeting the property of Canadians as a kind of bizarre virtue signalling gone mad”.

Such a ban could be developed to be prepared for the  Liberal government’s Throne Speech at the start of the fall session of Parliament.