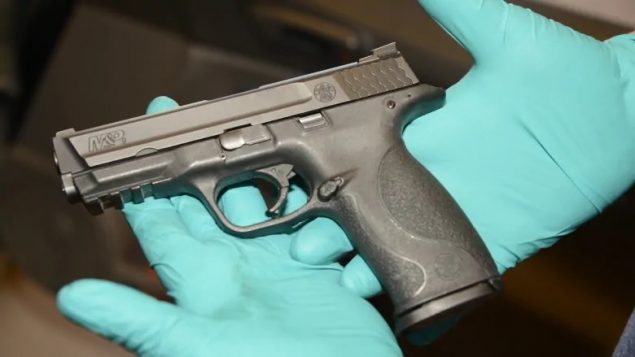 Handguns are increasingly being traced to homicides in Canada, according to 2016 data from Statistics Canada. (RCMP)

The president of the Toronto Police Association says a ban on handguns across the country will not stop gun violence.

“There’s no way in my world or any world I know that this would have an impact on somebody who’s going to go out and buy an illegal gun and use it to kill another person or shoot another person,” says Mike McCormack, whose organization represents the approximately 5,500 uniformed and 2,500 civilian members of the Toronto Police Service.

McCormack’s assessment comes as debate on the matter appears to be increasing across Canada.

Both Montreal and Toronto city councils have called on the federal government to strengthen its legislation banning handguns, saying the government’s current proposed legislation, Bill C-71, does not go far enough. 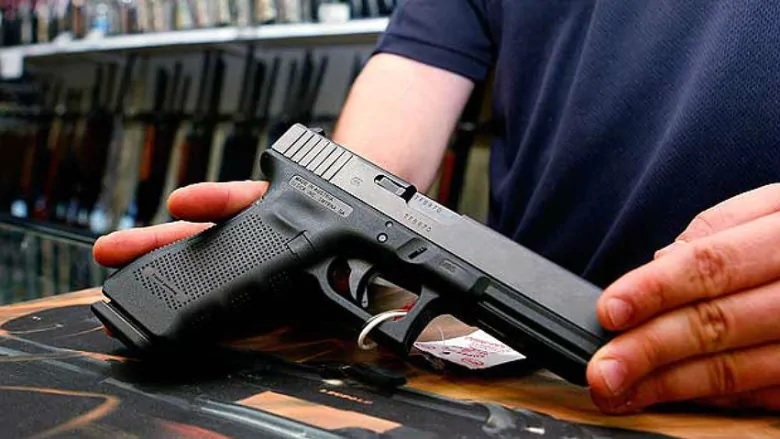 A handgun is displayed by a firearm retailer in this file image. (CBC)

Prime Minister Justin Trudeau has indicated that his government may be open to tougher legislation and Bill Blair, the new minister of organized crime reduction, has said the government is open to exploring other options.

However the government has not announced–or revealed–any changes to its current bill.

In August, Vancouver Chief Adam Palmer, the newly-elected president of the Canadian Association of Chiefs of Police, said Canada’s gun control situation is “actually very good” and the association is not calling for any wholesale legislative changes related to gun violence.

Calling a ban “a notional gesture at best,” McCormack says he would prefer more resources put into policing and social services.

According to a Statistics Canada report, 130 homicides were committed with a handguns in 2016.

With files from CBC, CP, Globe and Mail