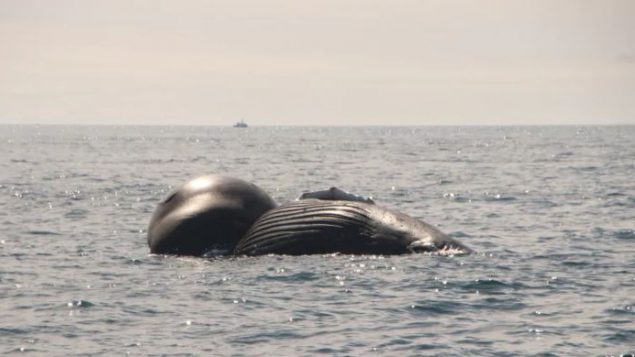 Peajack, the female humpback whale, was found dead off the coast of Nova Scotia, on Friday, entangled in rope and other fishing gear. (Submitted by Brier Island Whale and Seabird Cruises)

Humpback whale found dead in the Bay of Fundy Saturday

Humpback whale, Peajack, a well-known female to the whale watchers in the Bay of Fundy, was found dead on Saturday.

“It’s a pretty horrific way for this animal to die”

She likely died a “horrific” death with fishing gear and ropes wrapped around her when she was discovered floating between Long Island, and Brier Island, off the west coast of Nova Scotia, according to Tonya Wimmer, a director of the Marine Animal Response Society (MARS).

Wimmer was part of the team on a Canadian Coast Guard boat that located the whale. 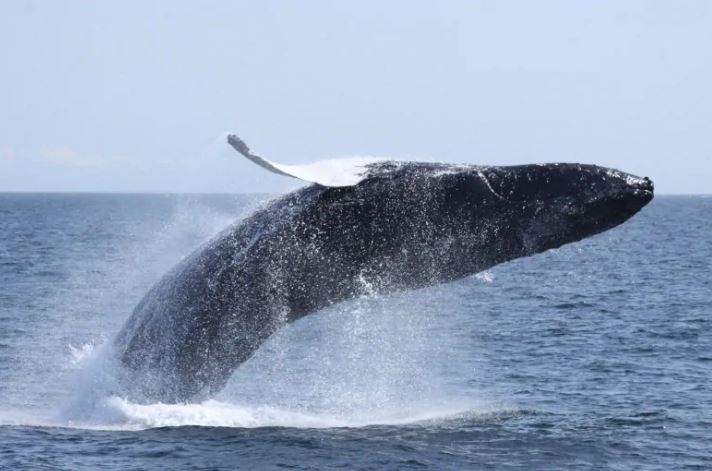 The humpback whale, Peajack, was a familiar sight in the Bay of Fundy for years. (Submitted by Brier Island Whale and Seabird Cruises)

“There was a trap on the animal as well, there may be more or an anchor perhaps. The animal was quite weighted down,” Wimmer said.

“It’s a pretty horrific way for this animal to die.”

Humpback whales are in the north Atlantic at this time of year, many of them in the Bay of Fundy, as it’s a preferred place to give birth and feed before beginning the migration back south in October.

Wimmer said MARS will work with Canada’s Department of Fisheries and Oceans, and they intend to tow the whale to shore to perform a necropsy with a team from the Atlantic Veterinary College.

“We need to understand what happened so that we can work with appropriate people, in both industry and government and others to basically look for solutions so things like this don’t happen again,” she said.

Investigating the gear could help identify what fishery and country it came from. The trap, however, didn’t have any information on it, Wimmer said.