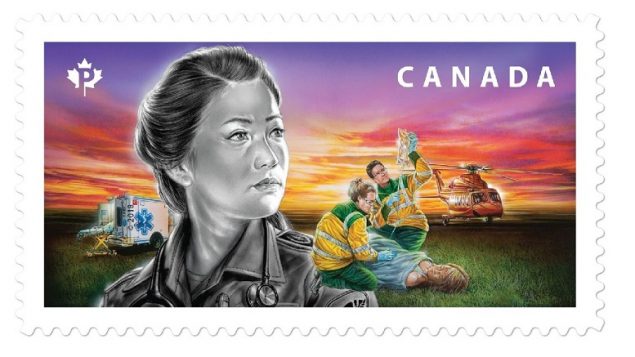 Canada’s postal service has issued the first of a series of five stamps which will honour first responders. This new series will honour paramedics, the Canadian Forces, police, search and rescue personnel, and firefighters.

The first stamp in the series, which depicts paramedics, was unveiled yesterday at a ceremony at the Ambulance New Brunswick headquarters in Fredericton.

In order to create the images, Canada Post consulted with the Paramedic Association of Canada to ensure an accurate depiction of the approzimaely 20,000 paramedics serving in this country. 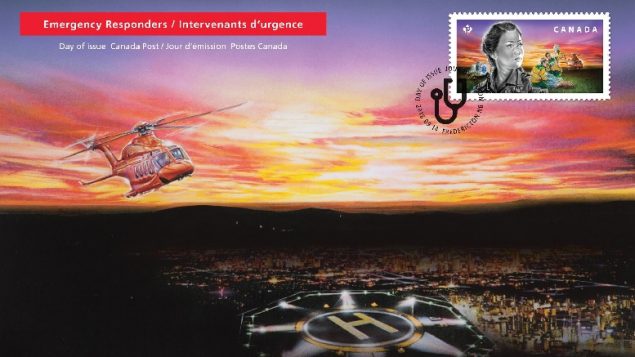 Paramedics respond quickly to sudden emergencies from road accidents to heart attacks,  from drug overdoses to natural disasters with multiple casualties.  Highly trained, they provide immediate and urgent primary level care to stabilize patients and during transport to medical facilities.

A stamp to honour members the Canadian Armed Forces has just been unveiled at Base Valcartier in Quebec this morning, Tuesday. 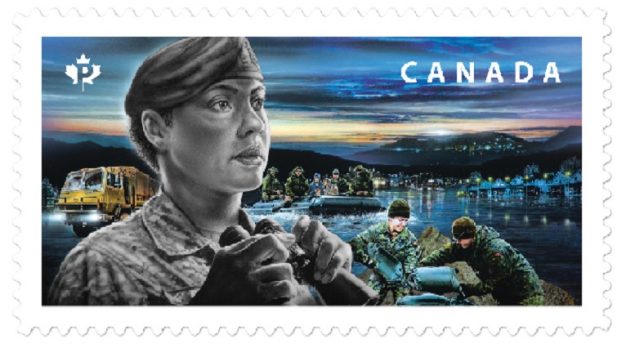 A stamp honouring search and rescue personnel will be unveiled in Banff, Alberta. on Wednesday. 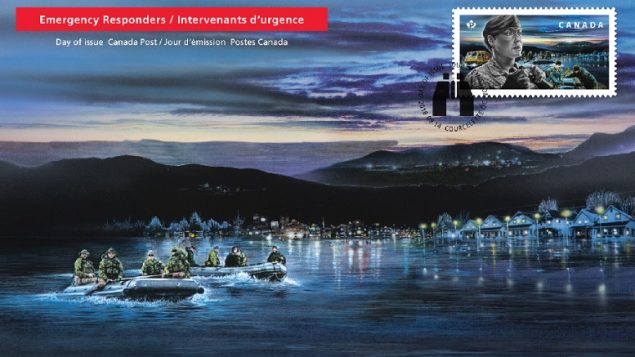 The first day cover expands on the stamp theme with Canadian Forces personnel responding to a major flooding disaster. Stamps honouring other first responders will be released each day of this week (Canada Post)

The series will be available for purchase by the public on Friday.