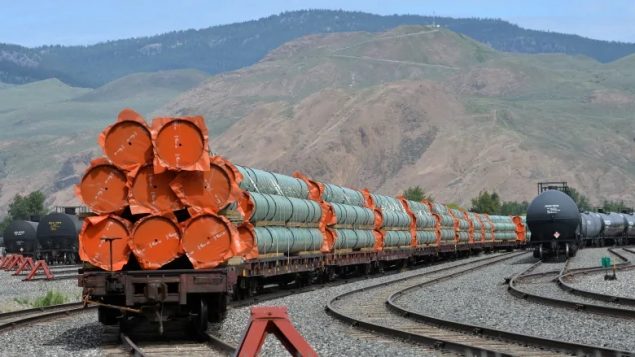 Pipe sits idle on railway siding, in Kamloops. B.C in May 2018. After lengthy and costly legal challenges and ongoing protests, Kinder Morgan said it was halting work on the new line. The Liberal government stepped in and bought the old existing liine, and the "twinning" project line. (Dennis Owen-Reuters)

Another hurdle or two for Canada’s pipeline

Washington chimes in on TransMountain pipeline

The first was a complaint this week from Greenpeace about the consultation and environmental review process, and then a warning from Washington State that the Canadian government must improve its spill response plan. 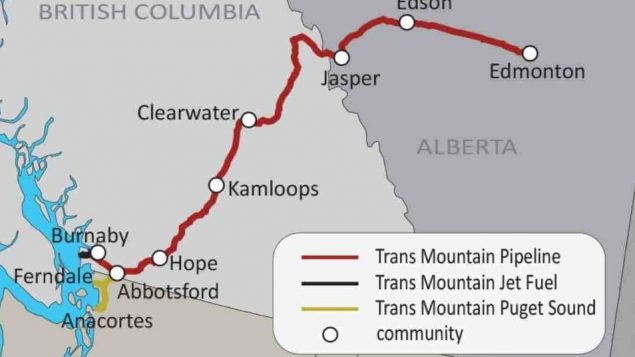 After lengthy legal challenges and continuing protests, which caused the oil company to cease work on the project,  the federal Liberal government said it was determined to push the pipeline through and spent 4.5 billion taxpayer dollars to buy the line from the U.S firm Kinder Morgan. 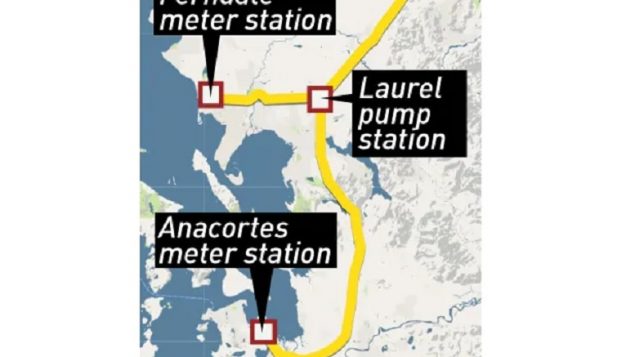 Detail of the Puget Sound spur to refineries in Washington State. (KM Canada-CBC)

It bought the 65 year old existing line, and the bitterly contested and partially-built new “twinning” line which would triple capacity.

A federal court said the project couldn’t go ahead as the original environmental and consultation hearings were not adequate.

The Liberal government said it would engage in more in-depth consultation with aboriginal First Nations, and conduct a study of the environmental concerns on marine life of additional tanker traffic along the west coast. 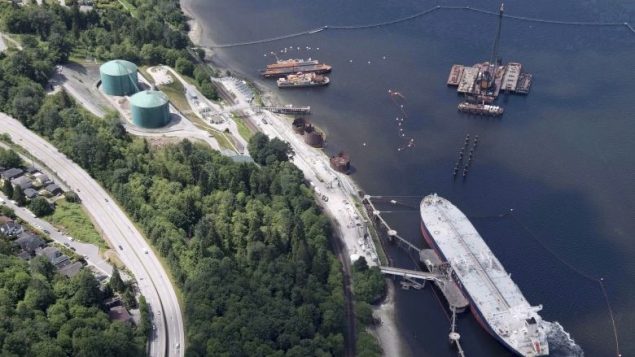 This week Greenpeace criticised the government again in a statement which said, “By declaring that the pipeline will get built no matter what, the federal government is continuing to make the mistake of treating environmental assessment and Indigenous consultation as a box-checking exercise.  It’s not true consultation or science if you’ve decided on the answer before asking the question”.

When the federal government bought the line from Kinder Morgan, it also acquired the 111 kilometre Puget Sound spur line to four refineries in Washington State.

The Washington Ecology Department says now that Canada owns the line it is required by law to have a spill response plan. A plan was submitted but the Ecology Department says it is inadequate with “deficiencies in critical areas” and wants more details in several areas. It adds that it received over 14,000 comments from citizens during a public review most of which expressed concern about the plan’s capacity to respond to spills. 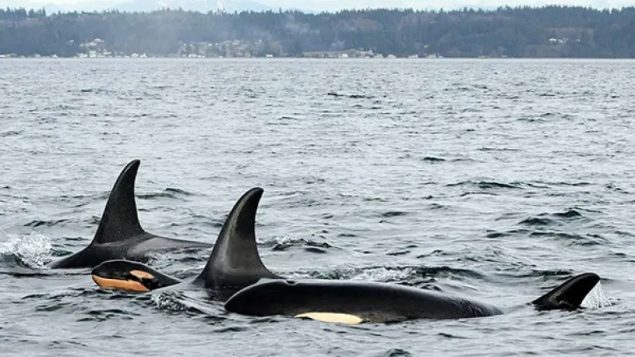 Canadian environmentalists have long been concerned about increased tanker traffic, now Washington State wants Canada to add detail on response to a spill and effects on marine life such as the endangered southern resident killer whales (NOAA Fisheries)

The Department has given the Canadian operation 60 days to respond to its questions regarding situations like initial response plans to a spill, plans to deal with a spill of heavy oils which are both difficult to clean and that may sink to the sea floor, and details on how the Canadian operation would protect endangered species including southern resident killer whales and salmon stocks