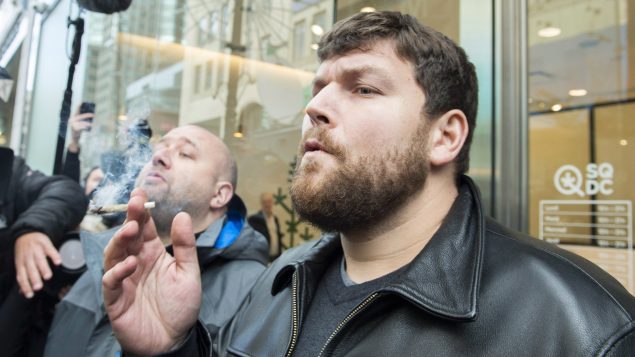 Canadians line up coast to coast to buy legal pot

Thousands of Canadians lined up in queues across the country Wednesday to buy their first legal cannabis as at the stroke of midnight Canada became the first G7 country to legalize recreational use of marijuana and other derived products.

In downtown Montreal, hundreds of people lined up for two city blocks around one of the government-owned cannabis stores to get a chance to buy their first legal pot.

Corey Stone, 32, said he and a friend waited from 2:30 a.m. to be the first ones to buy legal pot in Montreal.

“It’s a once in a lifetime experience,” Stone said. “It’s pretty liberating to kind of come and buy your legal recreational cannabis. It’s just feels awesome.”

The French-speaking province of Quebec has opted for a government-owned system of stores modelled after the provincial liquor board.

The immaculately stacked shelves behind the counter at the government-owned store on Ste-Catherine street were lined with some 110 cannabis products with names such as Tangerine Dream, Great White Shark and Banana Split. 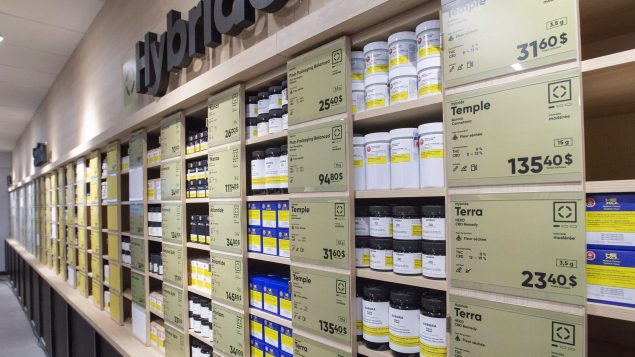 Cannabis products are seen on the shelves at a new Societe Quebecoise du Cannabis (SQDC) store during a media preview, Tuesday, October 16, 2018 in Montreal. The legal sale of cannabis begins in Canada on Wednesday, Oct. 17, 2018. THE (Ryan Remiorz/CANADIAN PRESS)

“I found it very professional, the store was very well staffed, they were very well trained, the were very open to respond to any questions people had,” Stone said.

Michael, a 35-year-old resident of Ottawa who didn’t want to give his last name because he often travels to the U.S. where cannabis use is still illegal, said he had driven nearly 200 kilometres from the national capital to witness history. 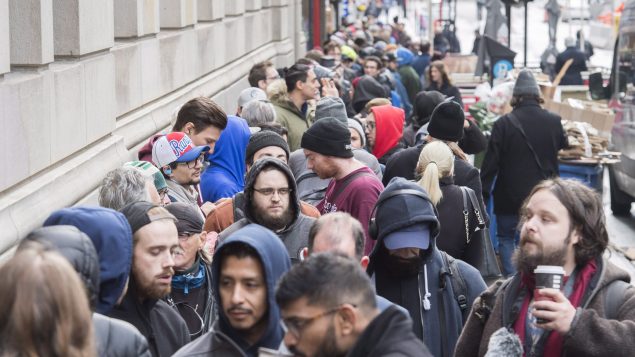 While residents of Ontario can now order cannabis online, Canada’s largest province will have no retail stores selling cannabis until April 2019.

“It’s a historic day because a series of unjust laws are now gone,” said Michael. “And I wanted to be able to say I was a part of this, that I was here the day the prohibition fell.”

He dismissed concerns expressed by the critics of the legalization that it sends the wrong message to the youth.

“Just legalizing something is not an endorsement,” Michael said. “It’s just admitting that people are adults and are able to make their own decisions.”