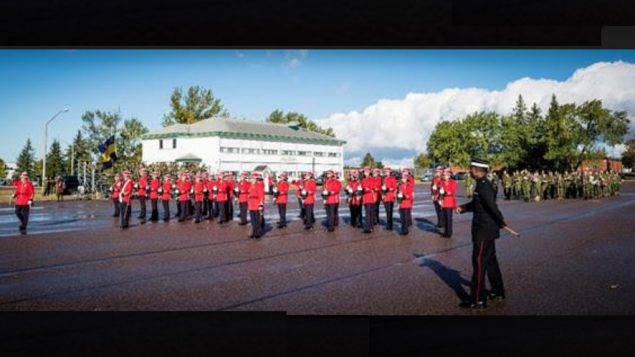 Canadian troops have once again been named to perform as the Queen’s Guard in London.

The Canadian soldiers will take up their guard duty positions on October 21 and continue until November 12.

The Queen’s Guard are soldiers charged, in support of the civil authorities, with guarding the Sovereign and the official royal residences in the UK. These include Buckingham Palace, St. James’s Palace, Windsor Castle and the Tower of London.

This is especially significant as they will be acting as sentries during  this 100th anniversary year of the end of the First World War. 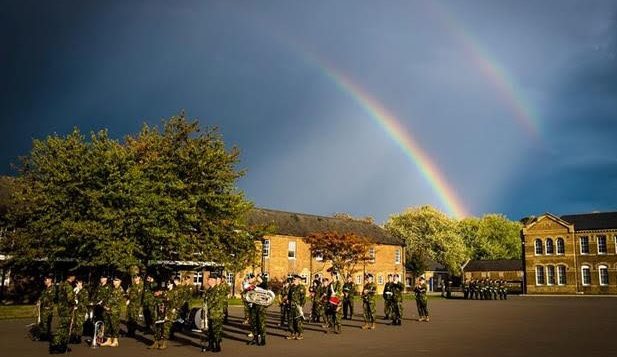 A double rainbow shines over the parade square during a parade rehearsal in the United Kingdom by The Royal Canadian Artillery Band at the Cavalry barracks; the London Borough of Hounslow, on October 13, 2018. (Photo: Corporal Jay Ekin, 3rd Canadian Division)

The RCA Band and a contingent of the RCR Guard will be participating to the Lord Mayor’s Show on November 10th.

Canadians again took part with a contingent in 1937, along with Australia.

The in 1940 when members of the Royal 22nd Regiment were requested by His Majesty King George VI, Colonel-in-Chief of the regiment. It was also a first as the R22R is a French Canadian regiment and it was the first time commands to the sentries to be given not in English, but in French. The Toronto Scottish and RCR’s also assumed guard duties as well 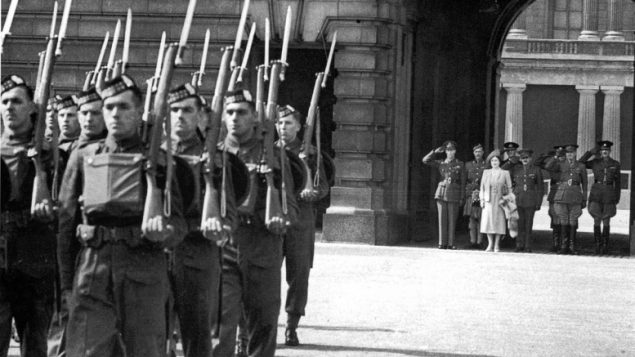 After completing King’s Guard duties, the Toronto Scottish leave Buckingham Palace April 25, 1940 as the King and Queen watch from the portal. (wikimedia)

The R22R repeated this honourary duty in 2014, the centennial of the regiment’s formation.

A Canadian contigent was again requested, along with Australians for the 1953 Coronation.

Canada was also involved in another ceremonial first when members of the Royal Canadian Air Force (RCAF) took up guard duties for the Queen this summer. It was the first time a non-infantry contingent formed the guard, and again on the auspicious anniversary year of the official creation of the Royal Air Force in 1918.