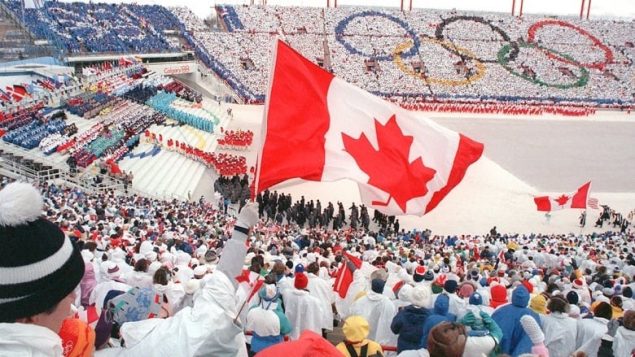 Calgary succesfully hosted the 1988 Winter Games but economic times have changed greatly and hosting costs increased. Calgary may have been the front runner for the 2026 games, but this morning it looks like the bid will be withdrawn. (Jonathan Utz-AFP-Getty Images via CBC)

The city of Calgary Alberta had been a good choice for the 2026 Winter Olympics in competition with Sweden and Italy.

However there has been a good deal of opposition from the public over the estimated costs of the event and just who will fund the multi-billion dollar games has apparently resulted in the call for cancellation of the bid.

The federal government has said it will contribute 50 per cent in equivalency funding raised from other public sources up to $1.5 billion in 2018 dollars or $1.75 billion by 2026

The Calgary Olympic bid committee has estimated costs of $5.23 billion with $3 billion coming from public funds and the rest to come from ticket sales, marketing and the IOC.

The provincial government of Alberta has promised $700 million, while the City of Calgary has not mentioned a figure for its potential contribution, but it would have to be $800 million to invoke the maximum federal contribution.

He said, she said.

This “50-50 matching” clause is the bone of contention, with the federal minister saying it has always been standard policy to match dollar for dollar and that has been clear since the beginning, while Calgary’s mayor and the provincial finance minister both say there had been no talk of the 50-50 matching clause which had not come up in negotiations among the various levels of government regarding funding for the bid. 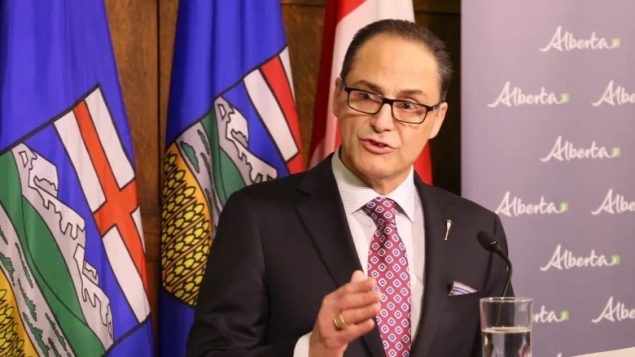 Alberta Finance Minister Joe Ceci says he was unaware of the 50-50 matching requirement for funding from the federal government, and that has put the bid in seriously jeopardy, probably ending it. (Caitlin Hanson- CBC)

Given opposition to the bid by a substantial segment of the public, there was to be a Calgary plebiscite on the issue set for early November, but critics say without information on funding the public couldn’t make an informed decision.

A special Calgary council meeting on whether to cancel the plebiscite and therefore Calgary’s bid, is to be held today.

Turkey, Switzerland, Japan, and Austria had all  earlier withdrawn their bids.

Norway, Spain, New Zealand, and Germany had also initially discussed hostiing, but quickly abandoned the idea as well as Quebec City in Canada, and several cities in the U.S.