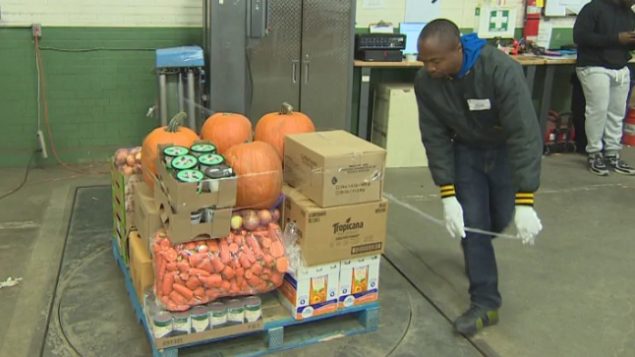 The Daily Bread Food Bank in Toronto has had an increase in visits of 14 per cent since 2008. (Joe Fiorino/CBC)

Despite growing prosperity in Canada’s largest city, total visits to food banks have increased by 14 per cent over the last decade, according to a new report. The annual Who’s Hungry report was released by the Daily Bread Food Bank and North York Harvest and was compiled through an in-person survey of 1,400 food bank clients.

Among the findings, there were 914,000 food bank visits over the last year in Toronto and the annual visits have stayed near the one million mark for the past five years. A majority of food bank clients (37 per cent) are over 45 years old. A decade ago they were 19 to 44 year olds. And since 2008, there has been an increase of 13 per in the use of food banks by people who have lived in Canada for more than 10 years. 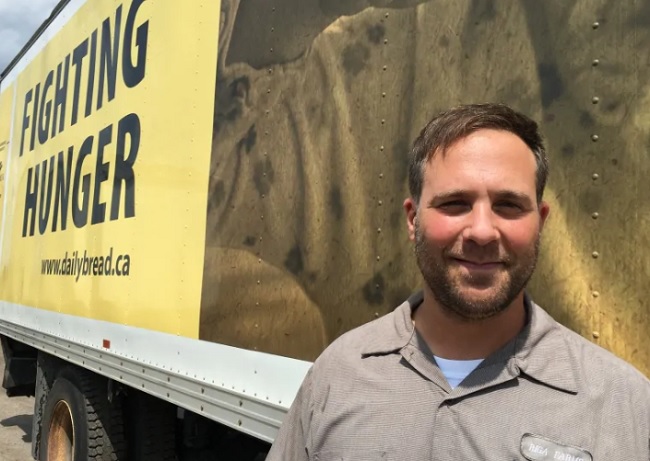 Peter Riga is one of several farmers who donate excess produce to the Daily Bread Food Bank in Toronto. (Rachel Levy-McLaughlin/CBC)

“There is a real need in Toronto to find solutions for increasing hunger and food insecurity. The people that are struggling to feed their families are your own neighbours, members of your community, people you pass on the sidewalk every day,” said Neil Hetherington, CEO of the Daily Bread Food Bank in a news release.

The report is compiled in the hopes that governments will use the information in it to find make policy changes to alleviate food insecurity.