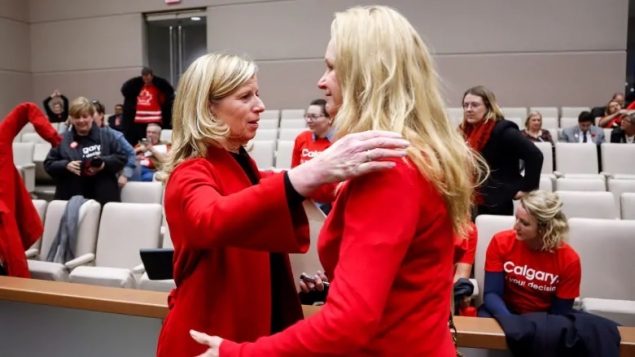 Supporters of bringing the 2026 Winter Olympic Games to Calgary bought themselves some time Wednesday following months of heated debate that ramped up this week and culminated with seven more hours of acrimony by politicians inside city hall and raucous demonstrators making their feelings known outside.

The politicians agreed to move forward with a non-binding plebiscite on Nov. 13 to decide if the city should submit a bid to the International Olympic Committee in January. 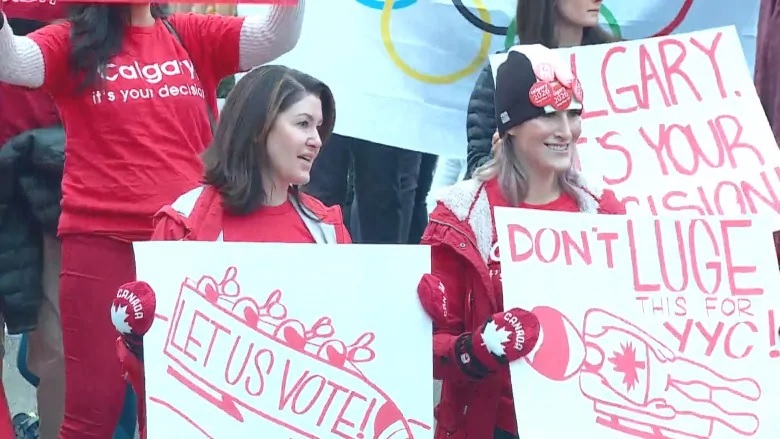 Supporters of the Calgary Olympic bid gathered in front of city hall on Wednesday as politicians debated inside. (Mike Symington/CBC)

The decision followed days of controversy and politicking that has left residents of the city, which hosted the 1988 Games, gasping for their collective breath.

On Monday, it appeared the Calgary bid was dead in the water after federal, provincial and municipal governments could not reach a consensus on a financial plan.

On Tuesday, the chair of the city’s Olympic assessment committee, Coun. Evan Woolley, introduced a motion that recommended the city shelve its bid and cancel the plebiscite.

But that night the federal and provincial governments announced they had reached an agreement to consider a proposal that would supply about $2,875 billion to fund the Games if the city agreed to sign on.

Calgary’s hosting plan has previously set the public sector portion of the bill at $3 billion. 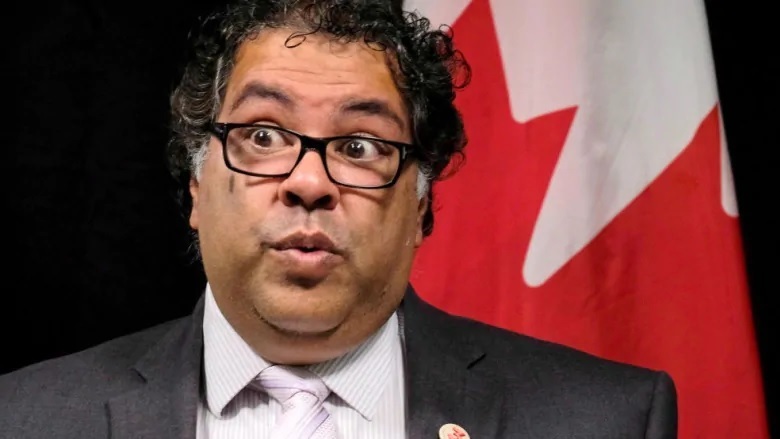 The proposal also see the city of Calgary contribute $370 million in cash along with $150 million in previously committed dollars for improvements of two facilities, Victoria Park and Stampede Park.

The city would also cover the cost of premiums for a $200 million insurance policy to cover a “defined contingency.”

On Wednesday morning, city councillors went to city hall to vote on the matter as a raucous pro-Olympic crowd gathered outside.

They emerged late in the day after deciding to go forward with the plebiscite, which has cost $773,000 so far.

Author, journalist and broadcast personality Bruce Dowbiggin, who also hosts his own website, moved to Calgary 20 years ago and has been following the debate closely.

For some insight and perspective, I spoke by phone with him Thursday at his home.