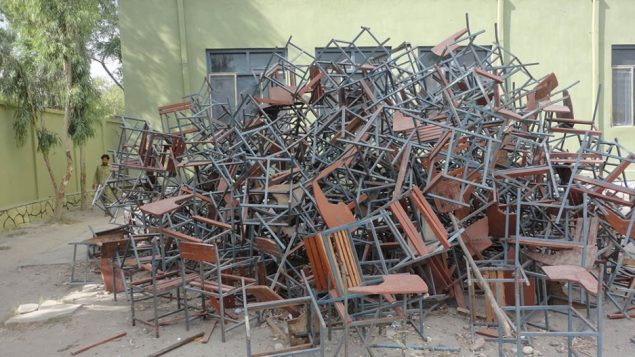 Chairs at a school built, but never occupied, piled up as scrap and stripped for firewood. (SIGAR-Flikr)

The latest report by a government oversight agency says  billions of dollars in aid money to Afghanistan has been siphoned off.

The report by the “Special Inspector General for Afghanistan Reconstruction” cites ongoing issues of corruption, lack of oversight, and waste.

The billions of dollars in aid money provided by several western nations includes about $3 billion in Canadian money since 2002. 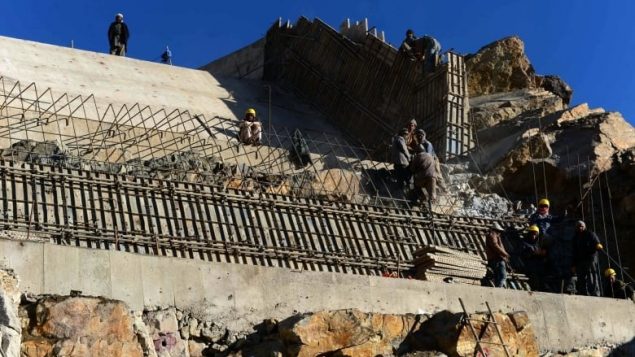 Despite the billions being poured into the Afghan reconstruction, the U.S. Special Inspector General for Afghanistan Reconstruction Afghanistan says the country is hurtling towards becoming a failed state that is increasingly insecure. (Aref Karimi/AFP/Getty Images)

Western aid is designed to help the country rebuild, and to help train and equip police and military security forces.

In spite of that, the country is still dangerous, Indeed the SIGAR report begins “

“As this report was going to press, U.S. Army General Austin Scott Miller, commander of the NATO led Resolute Support mission and of United States Forces-Afghanistan, escaped unharmed from an October 18, 2018, attack that killed Kandahar’s police and intelligence chiefs and gravely wounded its provincial governor. The attack came two days before parliamentary elections were held in all provinces except for Ghazni and Kandahar. It was a reminder of the violence that continues to torment Afghanistan and the difficulty of imposing security anywhere in that long-troubled country”. 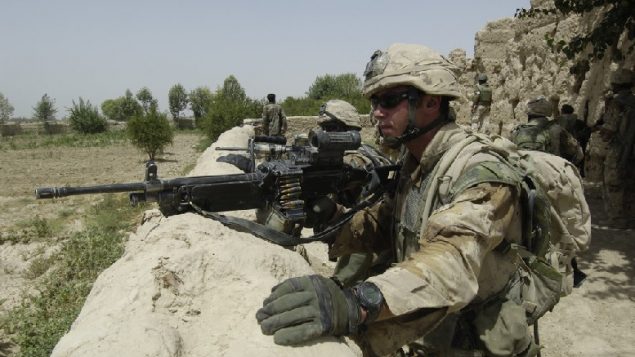 July 2006, a soldier from 1 PPCLI surveys terrain west of Kandahar. Some 158 Canadians were killed before the mission was closed down in 2011. (MCpl Robert Bottrill, Combat Camera)

While the U.S. audits its money put into trust funds for international aid, Canada does not.

Speaking with Canada’s Globe and Mail newspaper, Special Inspector General John Sopko said, ““There is a lot of corruption, [but] most of what we have identified are just head-smacking stupid programs and really poorly managed and no accountability”.

One long-standing issue is that of ghost workers and police officers, with paycheques issued to people to who don’t exist with the money pocketed by officials .

A Canadian spokeswoman for the Foreign Affairs department said the U.N. is working on a biometric identification cards for 97 per cent of police by the end of November.

Sopko expressed some doubt about the plan noting that only about 44 per cent of the police on the payroll actually exist.

In terms of combatting the drug trade, the report notes that opium production was at an all time high last year, in spite of billions of dollars spent to combat it over many years. 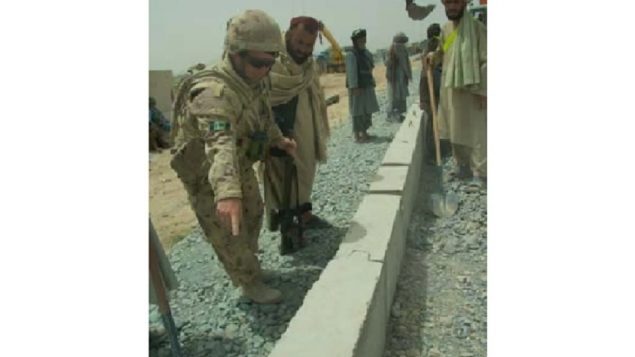 Circa 2009 A Canadian member of the Kandahar reconstruction team helps Afghan workers on a road improvement project in Panjwaii district. An earlier Singar report said Afghans can’t or won’t continue to support many projects. (DND/Canadian Press)

Canada lost 158 soldiers before it pulled it’s troops out of the country in 2011. Some 2,400 U.S. soldiers have been killed fighting Taliban in a country still very unstable.

Although this latest report was just released, many similar news stories indicate the problems raised by SIGAR have existed for several years. Several sources say part of the problem could be that too much money has been given and too quickly.