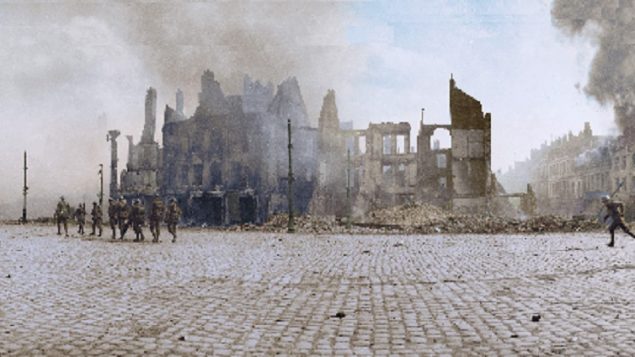 Exhibit photo: With its important road and rail junction, Cambrai was the main enemy supply centre in northern France. Liberating the city would cripple the Germans, and the Canadian attack in the early hours of October 9 caught them by surprise. As the Germans were driven out of Cambrai, they set many buildings on fire. Canadian engineers put out the flames, and the city was freed. (Cambrai, Oct 9, 1918 George Metcalf Archival Collection Canadian War Museum 19930012-847 Image colourized by Canadian Colour)

Almost as soon as they entered the front lines in 1915, the Canadians began to earn the respect of both friend and foe.  By 1918, Canadians were considered to be the best troops of the war.

Starting in August 1918, the Canadians were used as the shock troops winning every campaign, pushing the Germans back, and ultimately greatly contributing to ending the war in a campaign now known as the Last 100-Days.

The Canadian War Museum has organised a special exhibition to note this achievement in this 100th anniversary year of the end of the war.

Tim Cook (Order of Canada) is the First World War historian at the Canadian War Museum, an award winning author of 11 books and co-curator of the exhibit

Early in war Canadians had already proved their courage and daring in trench raids and attacks, and holding the line against German gas and infantry attacks even after those on their flanks had fled. 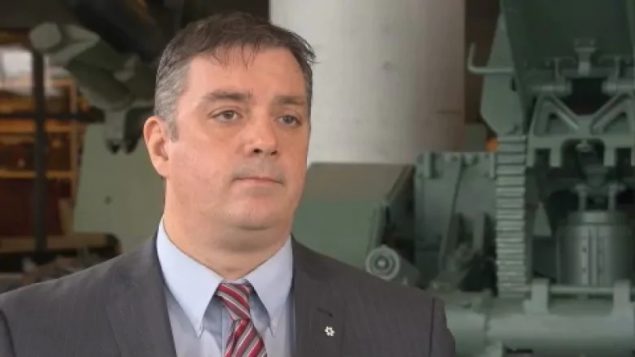 In 1917, when the war was still going badly for the Allies, the Canadians took the heavily fortified Vimy Ridge, a high ground that had cost the Allies tens of thousands of soldiers in previous failed attempts 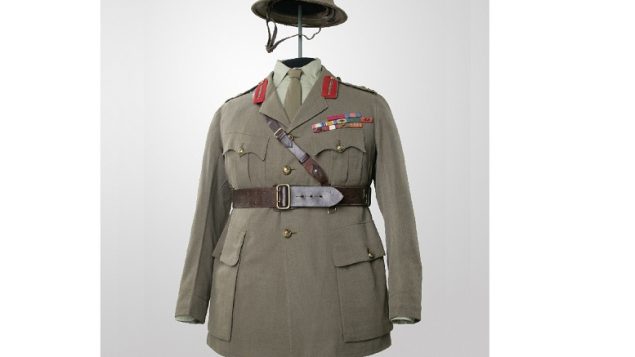 Exhibit artefact: The actual tunic worn by Canadian General, Sir Arthur Currie, arguably one of the best military leaders of the war. He was a big man at almost 2 metres tall and weighing over 100 kg. (CWM)

By 1918, the Germans had come to fear the outcome when facing Canadians. 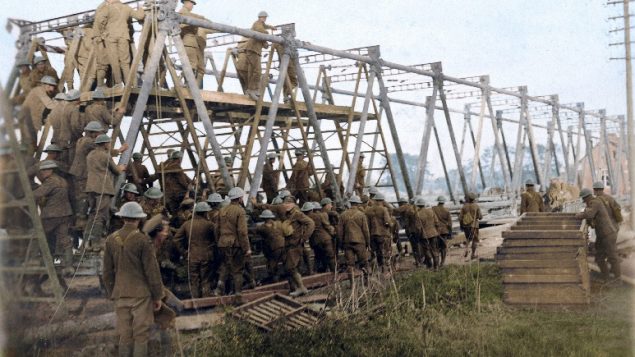 By 1918, the Canadian Corps had developed a robust engineering capacity to support the infantry. Twelve engineering battalions built roads and bridges, found water supplies and cleared enemy-laid explosives. The attack at the Canal du Nord could not have succeeded without the bridges that allowed artillery and tanks to cross the divide.  (George Metcalf Archival Collection Canadian War Museum 19930012-812   Image colourized by Canadian Colour)

In August, Canadians were moved into the line secretly at Amiens, and the subsequent battle became the start of three months of Canadian led victories which became known as “the Last 100 days”. 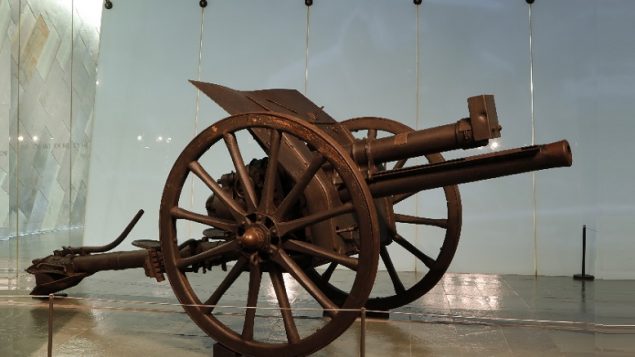 This 18-pounder Canadian artillery piece was used by the 39th Battery, Canadian Field Artillery during the Hundred Days campaign. In August 1919, Canadian soldiers presented it to the citizens of Mons, Belgium as a symbol of friendship, claiming that it was the last Canadian gun to fire before the Armistice. This field gun was lent to the Canadian War Museum by the City of Mons and the Mons Memorial Museum, in memory of the Canadian soldiers who liberated the city on November 11, 1918. (City of Mons Collections CWM 2018-0020-0004-Dm)

The Canadian War Museum as part of the exhibition has set up a replica German pillbox, and with the battle told from eyewitness accounts, an evocative soundscape highlights the challenges faced and overcome by the Canadians. 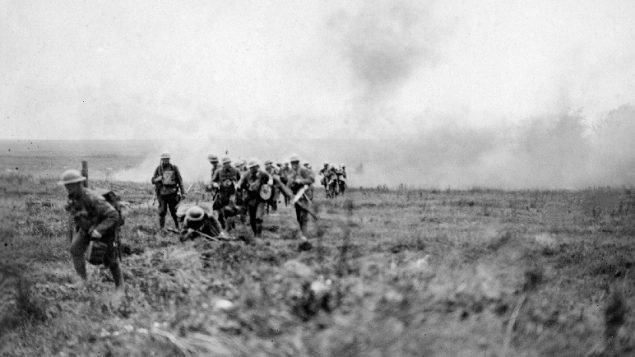 The battle against the German troops on the Hindenburg Line, the enemy trench system, saw waves of Canadian infantry attacking behind a barrage of artillery shells. which can be seen bursting around them. (Battle of Amiens, August 1918- George Metcalf Archival Collection
Canadian War Museum  19930012-635)

The exhibit, with its many original artefacts, looks at advances made in medicine resulting from emergency techniques. It also deals with the developing tactics, engineering prowess to build bridges to move men and materiel and with eyewitness accounts of dealing with the indiscriminate death, hardship, and stress. 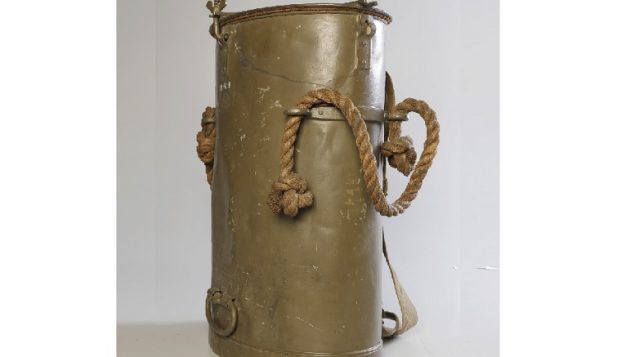 Exhibit artefact: This portable insulated back pack container allowed hot food to be carried to the soldiers as they waited in the front lines. (Canadian War Museum 19390001-079)

The display will continue at the Canadian War Museum until March 31, 2019