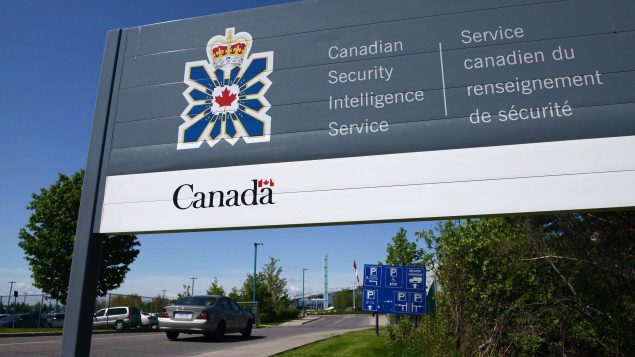 A sign for the Canadian Security Intelligence Service building is shown in Ottawa on May 14, 2013. Canada's spy agency says many members of the environmental and Indigenous communities see the federal purchase of the Trans Mountain pipeline as a betrayal, and suggests it could intensify opposition to expanding the project. (Sean Kilpatrick/THE CANADIAN PRESS)

But the greatest threats to Canada’s prosperity and national interests are foreign interference and espionage, says David Vigneault, head of the Canadian Security Intelligence Service (CSIS).

Canadians are not immune to terrorism, Vingeault said Tuesday during a keynote speech at the Economic Club of Canada in Toronto.

“In the last five years alone, Canadian citizens lost their lives in terrorist attacks in places such as Burkina Faso, Indonesia, Jordan, Kenya, Spain, and the United Kingdom,” Vingeault told a roomful of business executives and entrepreneurs.

“And sadly, terrorism has hit us here at home too.”

Defeated but not destroyed 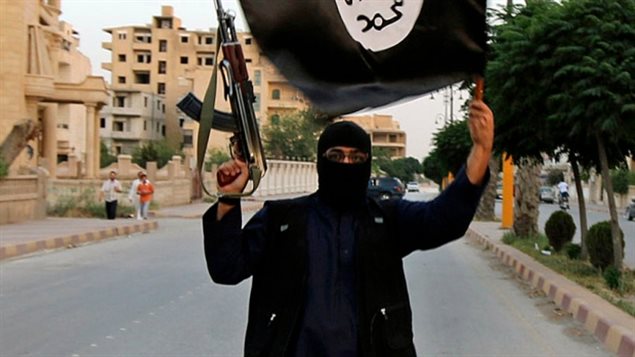 An ISIS soldier celebrates after the capture of the Syrian city of Raqqa 2014. The UN Security Council is calling on member states to strengthen measures to counter threats posed by returning foreign terrorist fighters.
(REUTERS)

Despite the fact that the terrorist organization Islamic State in Iraq and Syria (ISIS), also known under its Arabic acronym as Daesh, has been all but defeated militarily, it has maintained its ability to inspire radicalized individuals to action all around the world, Vigneault said.

Many of the recent attacks by Daesh in the West have been low-tech attacks against crowds and police officers – with readily available weapons such as knives or cars and no requirement for prior training, the director of CSIS said.

“Due to their very nature, these kinds of attacks are difficult for intelligence services such as CSIS to detect and prevent,” Vigneault said.

Nevertheless, these low-tech attacks don’t mean that security services can discount the continued prospect of future complex, directed attacks by Daesh or other terrorist groups like Al Qaeda, he said.

The likelihood of more complex and deadly attacks could increase as some of the 37,000 battle-hardened extremists from over 100 countries who had traveled to the Middle East to join the Syrian conflict seek to return home.

“The numbers of foreign fighters with a Canadian nexus are small and stable,” Vigneault said. 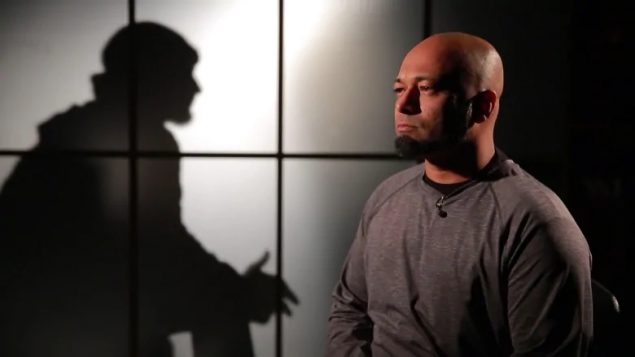 Mubin Shaikh, right, is counselling a Canadian who went to Manbij, Syria, to support ISIS. The man, seen to the left behind a screen to protect his identity, went by the nom-de-guerre Abu Huzaifa al-Kanadi.,(Abu Huzaifa the Canadian). He had previously told a NY Times reporter he had killed for ISIS, but now says he didn’t. (John Lancaster/CBC)

Despite the collapse of Daesh in Syria and Iraq, Canadian security services have not seen a surge in foreign fighters attempting to return to Canada, he said. But the government is still taking the threat posed by them very seriously.

“These people have not only shown the resolve to travel and join a terrorist group, they have often received training or gained operational experience while abroad,” he said.

Very often they are also very skilled in the use of latest digital technologies to communicate and plan attacks using commercially available advanced encryption, and crypto-currencies to support their operations and evade detection by intelligence and law enforcement agencies.

Intelligence and law enforcement are often unable to access the content of some communications due to strong encryption.

“This greatly undermines the efforts of organizations like CSIS to investigate, disrupt, and prosecute the terrorist threat,” Vigneault said. 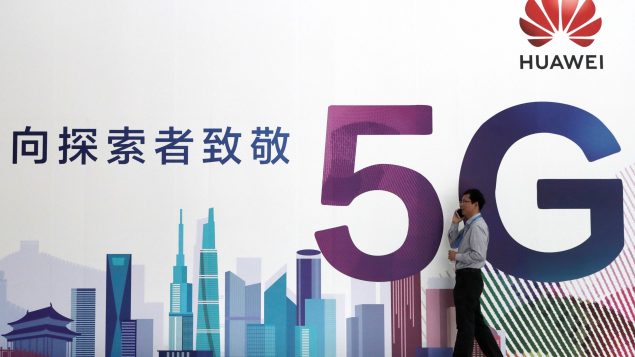 A man talks on his phone beside a Huawei’s billboard featuring 5G technology at the PT Expo in Beijing, China September 26, 2018. Senators Mark Warner and Marco Rubio have sent a letter to Canadian Prime Minister Justin Trudeau asking him to “reconsider” Huawei’s involvement in any of the country’s 5G plans.(REUTERS)

But while terrorism has preoccupied Canadian security services for almost two decades, other national security threats – such as foreign interference, cyber threats, and espionage – pose greater strategic challenges and must also be addressed, Vigneault said.

“Activities by hostile states can have a corrosive effect on our democratic systems and institutions,” Vigneault said.

The scale, speed, range, and impact of foreign interference has grown as a result of the Internet, social media platforms, and the availability of an arsenal of cheaper and more accessible cyber tools, such as  social media bot-nets, “fake news”, and advertising campaigns designed to confuse public opinion and influence Canada’s political system, he said.

“We are world leaders in many sectors. We have powerful allies with whom we enjoy close economic, security, and defence relationships. We are a wealthy and highly-developed nation,” Vigneault said. “All of that makes us a target.”

The national security community and the business community have a shared interest in raising public awareness of the scope and nature of state-sponsored espionage against Canada, and of its potential effect on our economic growth and ability to innovate, he said.

A whole bag of tricks

Foreign intelligence agencies use a wide range of methods to gain access to and steal Canadian know-how and trade secrets, Vigneault said.

These range from cyber hacking, strategic investments in companies and entire industries, forced transfers of intellectual property, or old-school methods to manipulate people to wittingly or unwittingly give up confidential information.

“Even in our technology-driven age, extortion and bribery still work,” Vigneault said.

“We have to be mindful that hostile states will use any means to recruit people, project their influence, and gain access to our proprietary information.”

In particular, CSIS has seen a trend of state-sponsored espionage in fields that are crucial to Canada’s ability to build and sustain a prosperous, knowledge-based economy, he said.