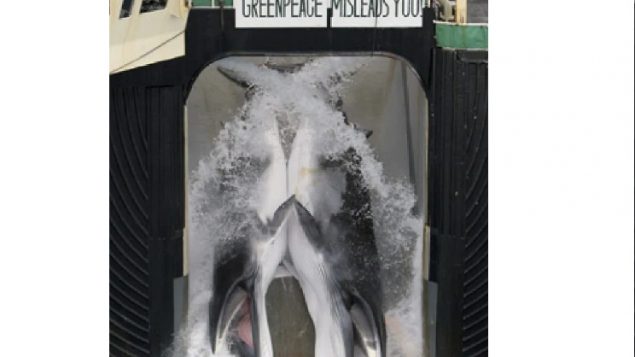 In this Greenpeace photo from Jan. 7, 2006, the Japanese whaling ship Nisshin Maru has two minke whales transferred up the ramp of the factory ship in the Southern Ocean. ((Kate Davison/Associated Press/Greenpeace))

Reports say Japan will withdraw from the International Whaling Commission

Many media are reporting that Japan is set to withdraw from the IWC shortly.

The country which has often been in disagreement with IWC whaling restrictions says it will soon return to commercial whaling. However they will not longer hunt whales in the Southern Ocean area instead operating within its own exclusive economic zone (EEZ)

The IWC banned commercial whaling in 1989, but Japan has continued to hunt whales under a loophole of “scientific research”.

Canadian Paul Watson, founder of the action-oriented Sea Shepherd conservation group, welcomes the move, but only because it will clearly put Japan at odds with international law.

In a statement he noted first, “They (Japan) have continued commercial whaling despite the International Court of Justice ruling that there is no legal justification for their so-called ‘scientific whaling.’ Now there can be no façade, Japan has joined Norway and Iceland in their open defiance of international conservation law. All three nations are pirate whaling nations” 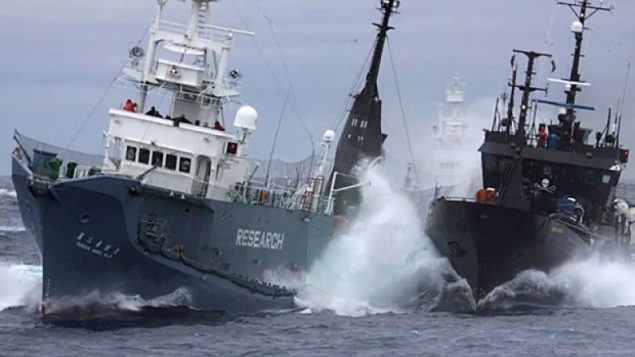 Sea Shepherd has often clashed with Japanese whaling vessels in the Southern Ocean and Watson adds, “Opposition to illegal Japanese commercial whaling will be easier. Basically, we will be dealing with poachers.  Japan will no longer be able to pretend that their commercial whaling is research whaling.  Sea Shepherd’s objective to end whaling in the Southern Ocean Whale Sanctuary will have been met”. 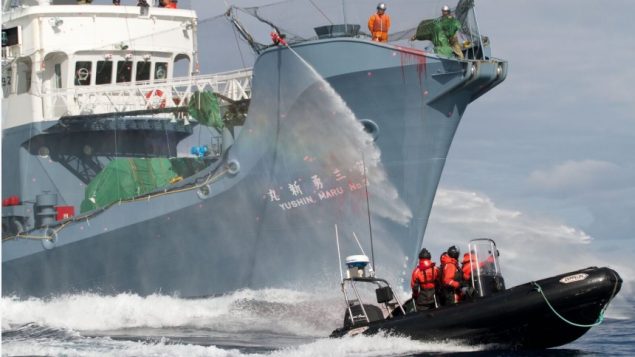 Crew from a Sea Shepherd ship try to disrupt a Japanese whale hunt as the ship turns its fire hoses on them. (Gary Stokes-Sea Shepherd)

Watson and other groups say that by simply moving to a new area of ocean to conduct open commericial whaling, the country would become a “pirate whaling nation”.

Nicola Beynon, head of campaigns at Humane Society International in Australia quoted in The Guardian said, “We would like to wholeheartedly celebrate an end to Japan’s whaling in the Southern Ocean, but if Japan leaves the International Whaling Commission and continues killing whales in the north Pacific it will be operating completely outside the bounds of international law”, adding, ““This is the path of a pirate whaling nation, with a troubling disregard for international rule.”