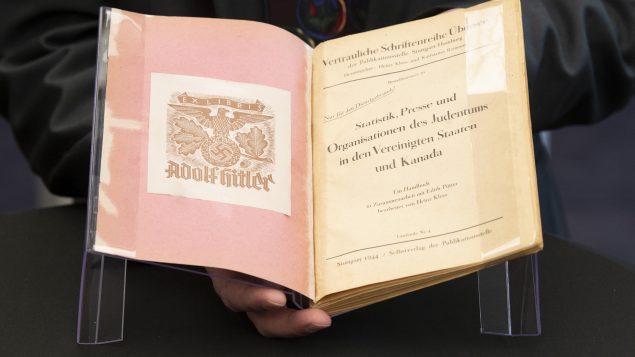 The book with information on Jews and institutions in Canada and the United States contains a bookplate bearing Adolf Hitler’s name, a swastika and stylized eagle. (Adrian Wyld/The Canadian Press)

Canada’s national archive has purchased a 1944 book previously owned by Adolf Hitler which adds credence to fears that the dictator planned to exterminate Jews in Canada and the U.S. The book contains details of Jewish populations in numerous cities as well as key organizations and newspapers serving them.

Book seen as ‘an important tool to fight Holocaust denial’

“This work hints at the story of what might have happened in Canada had the allies lost World War II,” reads a news release from  Library and Archives Canada, adding that the book is an important tool to fight Holocaust denial.

Six million Jews were rounded up and killed by Germany’s Nazi forces. Millions others suffered the same fate including racial minorities, homosexuals and Indigenous peoples.

Canada’s head archivist says that no matter how controversial or contentious the acquisition of a such a book may be, “it allows us to educate and to advocate for the most complete historical record possible.” 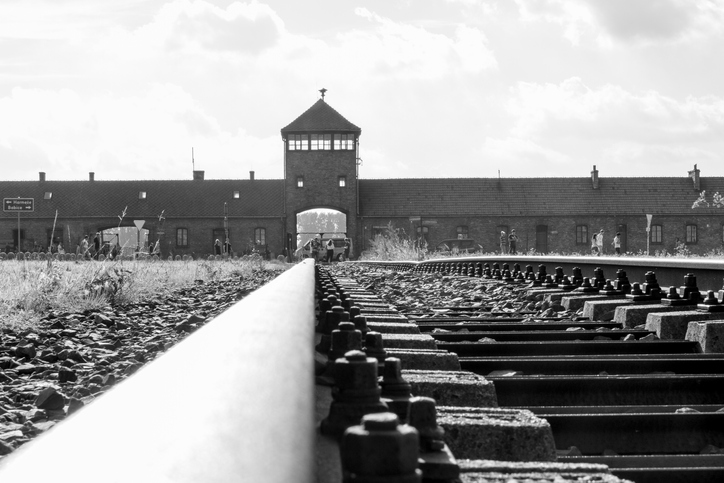 Rails in Poland led to the extermination camp Auschwitz where 1.1 million people were systematically murdered. (iStock)

More than half of Canadians did not know

And education appears to be sorely needed. A public opinion survey conducted in September 2018 found that 54 per cent of Canadian adults did not know that six million Jews were killed in the Holocaust. Of those respondents aged between 18 and 34, 62 per cent did not know. Almost half of respondents could not name one of more than 40,000 camps and ghettos in Europe during World War II.

The book compiled by researcher Heinz Kloss is called “Statistics, Media, and Organizations of Jewry in the United States and Canada.”

Members of the public who register will be able to view the book at Library and Archives in the nation’s capital, Ottawa on January 27, 2019 as part of International Holocaust Remembrance Day. It will then be digitized and included on the archive’s website.