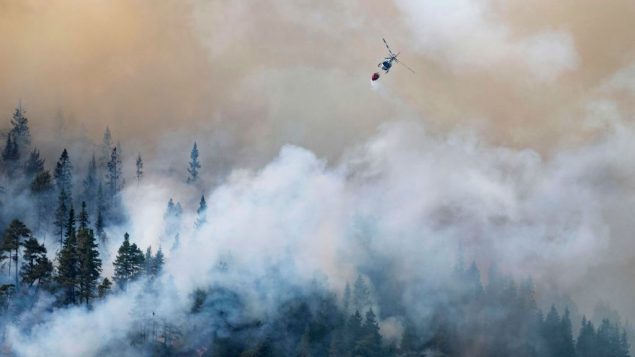 Firefighters use helicopters to fight wildfires in Sordal, Norway on July 13, 2018. Wildfires shoot black carbon emissions higher up into the atmosphere than other ground-based pollution. (Tor Erik Schroder/AFP/Getty Images)

Forest fires, important sources of black carbon emissions, devastated Arctic regions around the world in 2018, and are an increasing concern for circumpolar nations, says the chair of the Arctic Council expert group on black carbon and methane.

The fires raged this summer in circumpolar countries like Sweden, Finland, Russia and Norway, including in their respective Arctic regions.

“Our part in particular has been to look into the policy side of it and see, what kind of policies should one pursue? One cannot remove wildfires completely, but one can address them so they are less dangerous than they might otherwise be.”

The Arctic Council is a forum made up of world’s eight circumpolar nations: Canada, Denmark, Finland, Iceland, Norway, Sweden, Russia and the United States; and six Arctic Indigenous groups; the Aleut International Association, the Arctic Athabaskan Council, the Gwich’in Council International, the Inuit Circumpolar Council, the Russian Association of Indigenous Peoples of the North and the Saami Council.

The forum was established in 1996 to work on sustainable development and environmental protection in the North. 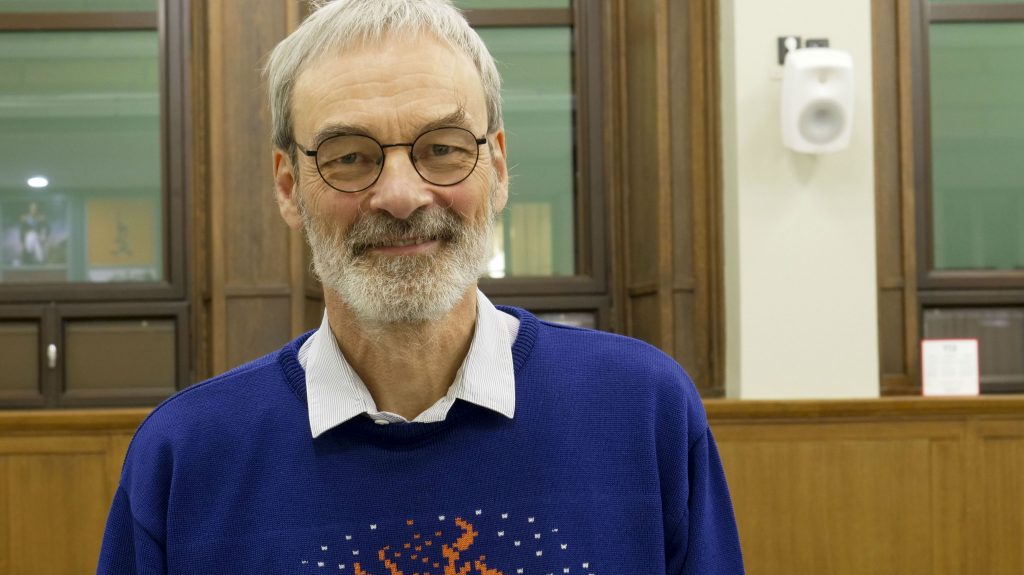 “One should do small scale actions and scale up, and this way of progressing is what we hope this work will advance,” says Mikael Hilden, the chair of the Arctic Council expert group on black carbon and methane. (Kristina Baer/Arctic Council Secretariat)

For more on climate change, Arctic collaboration and black carbon threat in the North, listen to Eye on the Arctic‘s conversation with Mikael Hilden, chair of the Arctic Council expert group on black carbon and methane:

The expert group  on black carbon was established by the forum in 2015 to help implement its goal of reducing black carbon and methane emissions.

The Arctic Council Expert Group on Black Carbon and Methane met for a two-day meeting in Helsinki January 16 and 17 to discuss their progress summary and recommendations for reducing emissions, that will be submitted to the next Arctic Council ministerial meeting in May.

Dangerous to health and environment

Black carbon and methane emissions are a serious concern for the world’s circumpolar countries because of this form of pollution’s role in warming the atmosphere. When black carbon is deposited on ice and snow, it absorbs heat, instead of reflecting heat from these surfaces, contributing to global warming.

After carbon dioxide, it’s the second biggest contributor to warming.

Most boreal wildfires occur between March and October and can be caused either naturally, by things like lightening, or by humans. 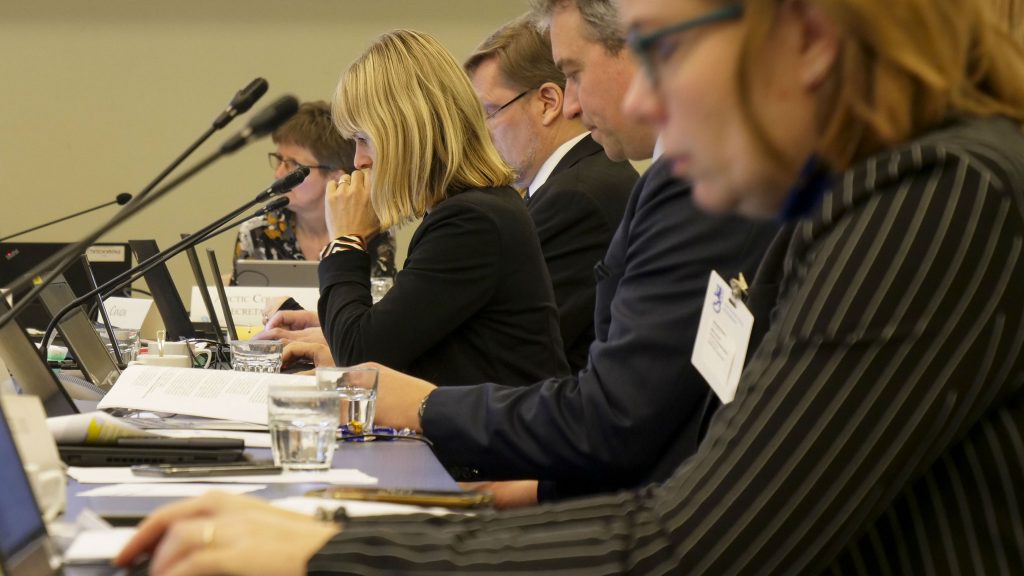 Members of the Arctic Council expert group on black carbon and methane in Helsinki in January 2018. (Kristina Baer/Arctic Council Secretariat)

The Arctic Council’s Arctic Monitoring and Assessment Programme described wildfire’s impact on the North in their 2015 assessment “Black carbon and ozone as Arctic climate forces.”

“Not only are emissions from fires within the Arctic important, but the Arctic atmosphere can be impacted by fires far from the region,” the assessment said.

“Wildfires can effectively inject emissions higher up into the atmosphere than other ground-based emission sources. Depending on the scale of the fire, fire plumes may penetrate the top of the boundary layer and so pollute the upper troposphere and even the stratosphere, where residence times are much longer and the pollutants can be transported greater distances.”

Alaska Public Media reported this summer that the American state had experienced a lower than average fire season this summer.

However, wildfires burned in Canada’s neighbouring Yukon territory as well as the southern Canadian provinces of British Columbia, Saskatchewan, Alberta and Ontario. 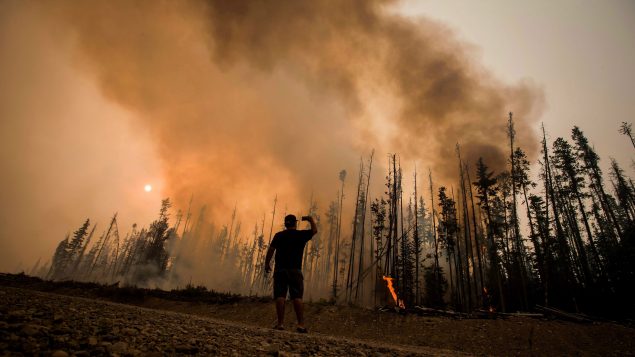 A wildfire burning approximately 20km southwest of Fort St. James, in the Canadian province of British Columbia on Wednesday August 15, 2018. More than 500 wildfires raged across the province this summer. (Darryl Dyck/The Canadian Press)

Among other issues the expert group is discussing is fire containment and preparedness.

Norah Foy, a science officer at the federal department of Environment and Climate Change Canada, and a part of the expert group on black carbon since 2017, says exchanging with other circumpolar experts on emerging black carbon concerns like wildfires means faster progress on mitigation efforts.

“The cooperation and collaboration is invaluable,” Foy said in a telephone interview. “The Arctic Council is really special because it’s a collaborative fora. Everything is based on consensus. It’s less formal than most other international fora so it allows for more free exchange especially on the expert group and working group level. This allows people to share innovative ideas that work in their countries and these can often be applied across the Arctic, or parts of them can be applied  across the Arctic, leading best practices to be uptaken regionally.”

“The conditions, although they are quite different,  between the different Arctic countries, there are some specific features that the Arctic countries share,” said Mikael Hilden. “By sharing experiences, sharing knowledge, then you can, in a way, experiment your way forward so you can make faster progress than if you were each country by yourself.”

The expert group is made up of everyone from scientists to policy advisers and includes members of Arctic Council countries, along with Arctic Council observer countries like Germany and Japan.

Because most black carbon in the Arctic is not produced in the Arctic, having other countries participate in the working group is particularly important, he said.

“The main message is that, yes, the big picture is the progress, and is the goal to reduce the emissions overall. But, at the same time, one should do small scale actions and scale up. This way of progressing is what  we hope this work will advance.”

Canada: Canadian Chamber of Commerce backs carbon pricing, but not for the North, CBC News

Greenland: Glacier half the size of Manhattan breaks off Greenland, CBC News

Sweden: After the IPCC’s devastating report, what can Sweden do to fight climate change?, Radio Sweden