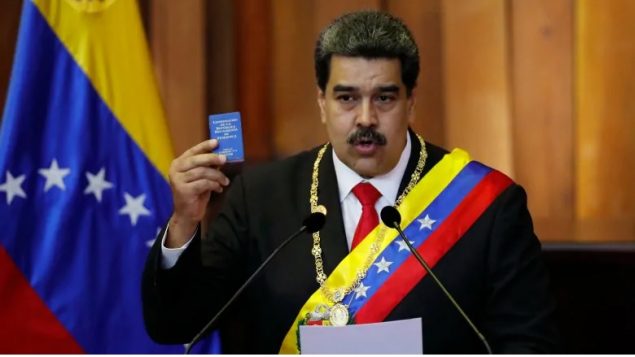 Venezuela's President Nicolas Maduro holds up a small copy of the constitution as he speaks during his swearing-in ceremony at the Supreme Court in Caracas. Maduro was sworn in to a second term amid international calls for him to step down and a devastating economic crisis. (Ariana Cubillos/Associated Press)

While the Canadian government was among the first to recognise Juan Guaidó as the President of the financially beleaguered country, Canada’s biggest union has gone the other way and have offered their support for elected President Nicolas Maduro

Maduro won a second term as president on January 10th, although the election process was widely condemned by the opposition under Guaido, and by several foreign countries like the U.S., Canada, and the European Union. 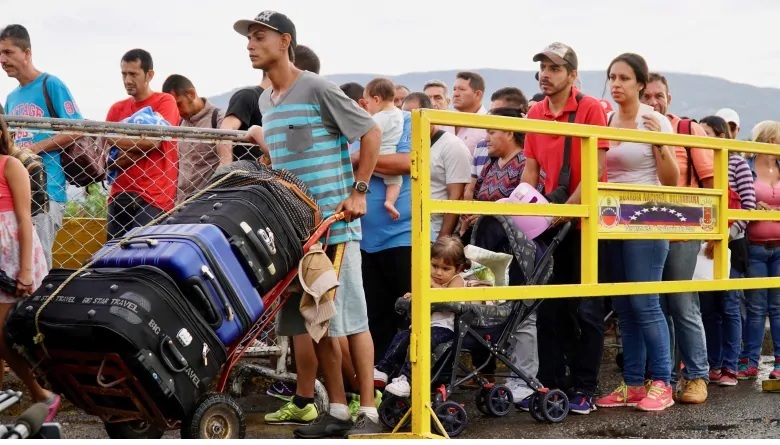 Venezuelans crowd along the Simon Bolivar International Bridge on a daily basis to cross into Colombia. Thousands are estimated to be leaving daily to escape economic hardship and soaring inflation (Michelle Gagnon/CBC News)

Hundreds of thousands of Venezuelans have left the country and flooded into neighbouring Colombia and Peru, where the influx has been causing problems accommodating them.