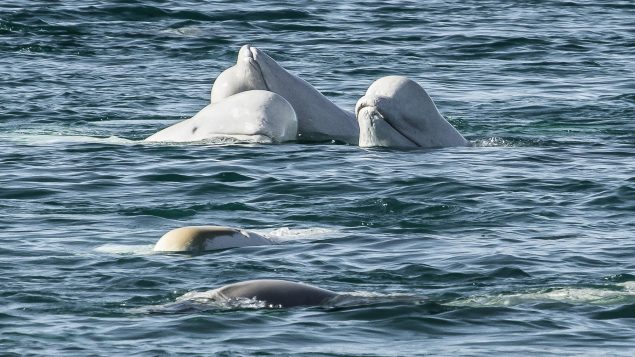 “Belugas are an incredibly socially complex species...and they need to keep track of one another,” says researcher. (Valeria Vergara)

Belugas use personalized sounds to identify themselves: researcher

Individual beluga whales make personalized sounds that let others know who they are, says Valeria Vergara, a research scientist with Ocean Wise, a conservation program of the Vancouver Aquarium. They may even share some calls with others in their group enabling others to identify not just individuals but groups of individuals that stay together. 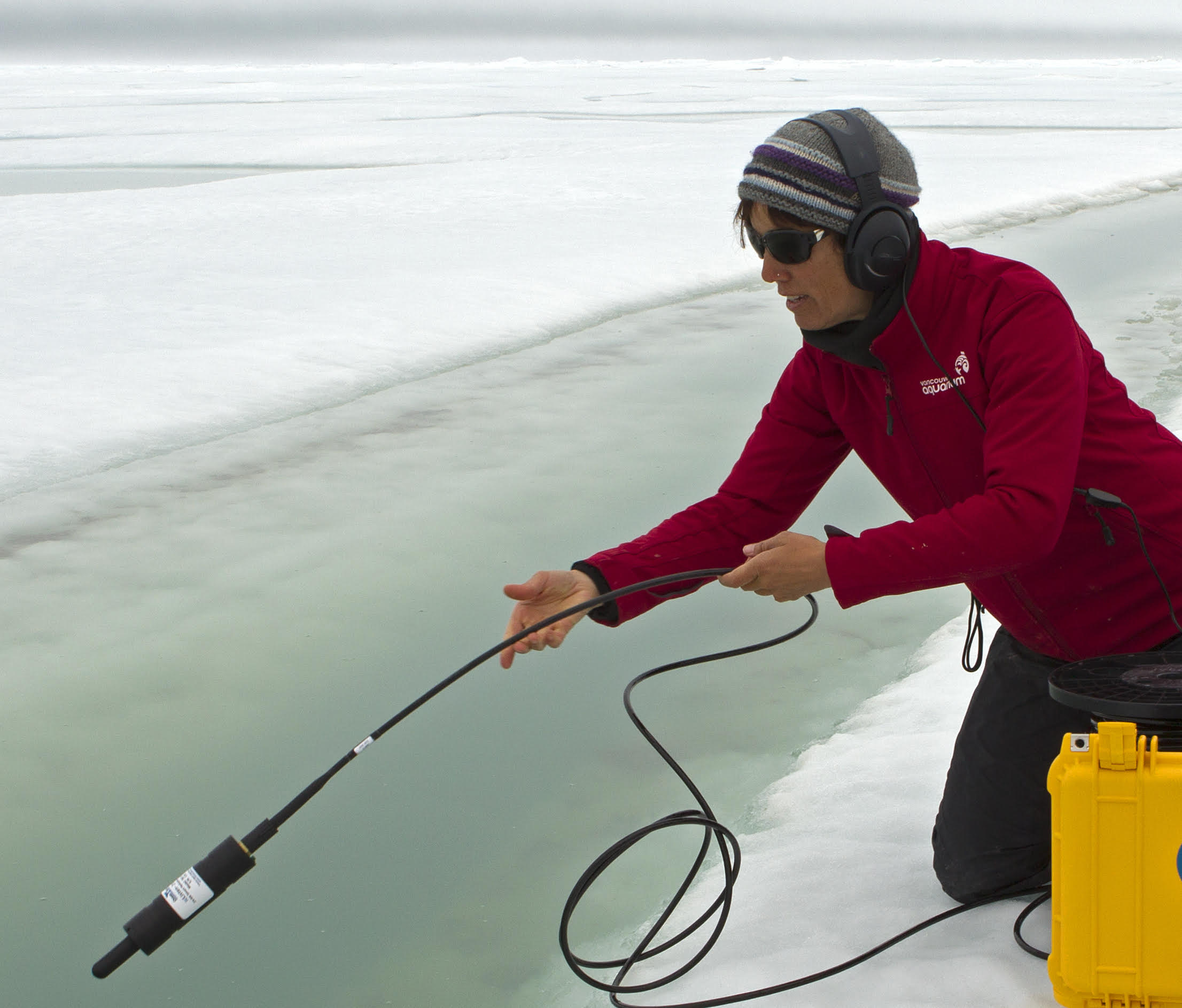 Valeria Vergara used a hydrophone to listen to belugas in Cunningham Inlet in the High Arctic. (Gretchen Freund)

“It really is not surprising, says Vergara.. Belugas are an incredibly socially complex species. They live for many years just like humans and they form very long-term, strong relationships and they need to keep track of one another.”

Some of the belugas which Vergara studied are in the St. Lawrence River which is dark and murky, so the whales cannot see each other well but the sounds they emit travel well in water. However, the sound of vessels and other human activities travels well and interferes.

“It can mask their communication sounds which means it can compromise the ability of social companions, or even mothers and calves to hear one another which can be a problem for animals that rely on each other for survival,” says Vergara.

There are solutions, says Vergara. There could be regulations to create quiet areas or sanctuaries. Vessels could be quieter, she says adding that technology has long existed to make submarines silent and could be used for boats and ships. And she says everyone should respect regulations that prohibit approaching whales at a distance of less than 400 metres. 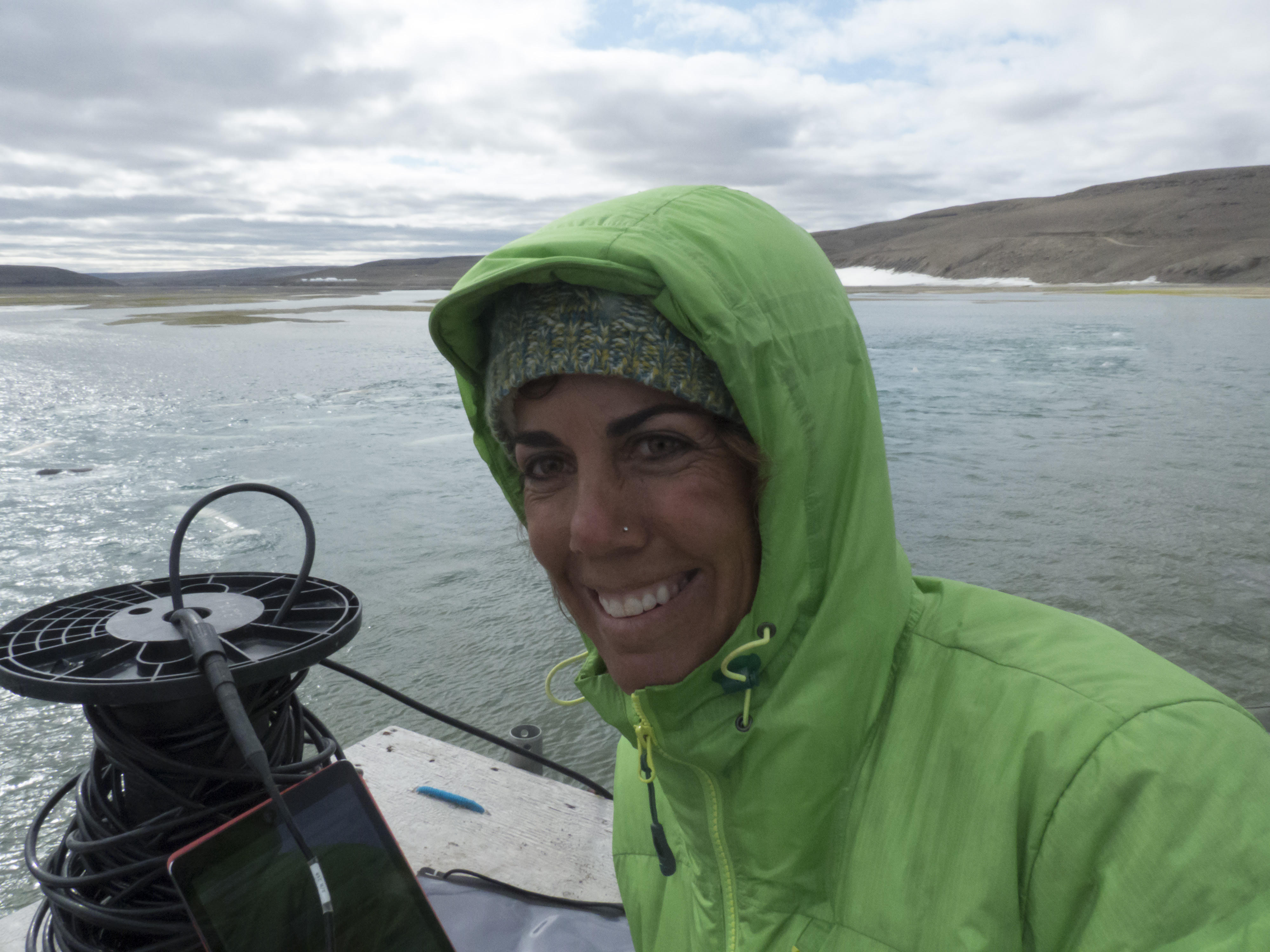 There are only about 880 belugas left in the St. Lawrence River. The population is in steady decline and calves have been dying in record numbers since 2008. These belugas are listed as endangered under Canada’s Species at Risk Act.

“This population is really being bombarded with all sorts of factors that affect their ability to recover which is a real pity because they are the southern-most population. It’s a genetically isolated population, it’s a gem of a species which we stand to lose.”

One comment on “Belugas use personalized sounds to identify themselves: researcher”