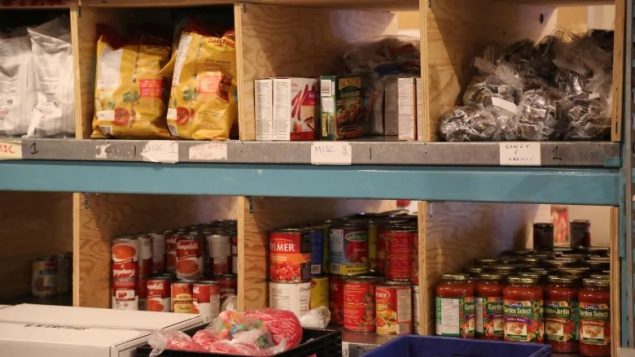 Food Banks Canada is a charitable umbrella organisation for food banks. It annually releases a survey of food bank use in Canada. Food banks are non-profit voluntary operations where individual people and marketers (stores, manufacturers, growers, bakeries etc) can donate food for others in need who can then come and get basic foodstuffs for free.

The Food Banks Canada survey results of food bank use have just been released.

Food banks Canada says “The driving factor behind food bank use is poverty. Economic disruptions, low incomes, and government policies that don’t provide adequate support are what keep the number of food bank users persistently and unacceptably high. Food banks from coast to coast to coast are there when people must choose between shelter, clothing, and feeding their family”.

For their 2018 report, they instead began recording visits.

The result is that 1.1 million Canadians are in desperate enough positions that they need food banks as recorded in March.

“The fact that 1.1 million Canadians still need to access food banks in one month alone is unacceptable and just not Canadian,” says Chris Hatch, CEO of Food Banks Canada. “People in our most vulnerable communities are struggling to provide for themselves and their families. HungerCount 2018 is our opportunity to take stock of food bank use and hunger and explore opportunities to address these issues.”

The report notes that a high percentage of users are on social assistance or disability support which does not provide adequate funds and so people are often forced to chose between paying rent or buying food, and so end up needing food banks.

Children Bear the Brunt of Food Insecurity The percentage of children using food banks across Canada is unacceptable – 35 percent of those who visit food banks are children under the age of 18, yet make up only 20 percent of Canada’s population overall

-Single parent households with children are particularly challenged to make ends meet Single Adult Households are being left behind -Nearly half of those using food banks are from single, working-age households. This includes singles struggling on social assistance, disability-related supports and working adults

– Individuals living alone make up 45 percent of all households accessing food banks, but only 28 percent of total households in the country. Rising rents and the lack of a Basic Income are among the contributing factors

Food Banks Canada makes recommendations in its report that include a basic income concept for all Canadians, affordable childcare, and increased support for single, low-income individuals.