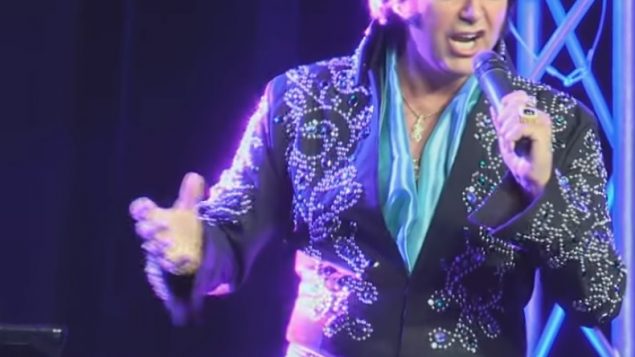 Performer Bruno Nesci, 2018: For three days in July it's all Elvis all the time in Collingwood Ontario, the world's largest Elvis fest (Colllingwood Elvis Fest)

Well, not exactly, but the Elvis festival is back. 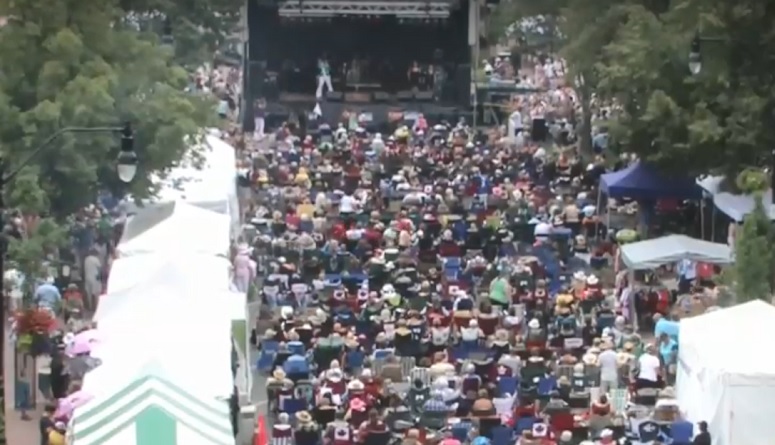 This year marks the 25th anniversary for the festival in the town of Collingwood in Ontario.

The festival features a wide variety of both amateur and award-winning professional Elvis tribute artists in both free street stage and paid theatre shows.

A well-known tourist town in summer for the lovely beaches and water of Georgian Bay, and as a skiing destination in winter for the many nearby slopes, the area is used to visitors.  However, in the week befor the 3-day July festival, the town’s population of 21,000 will quickly swell to more than double as Elvis fans from around the world arrive for stage and street performances of Elvis songs, and the many merchants selling Elvis memorabilia. 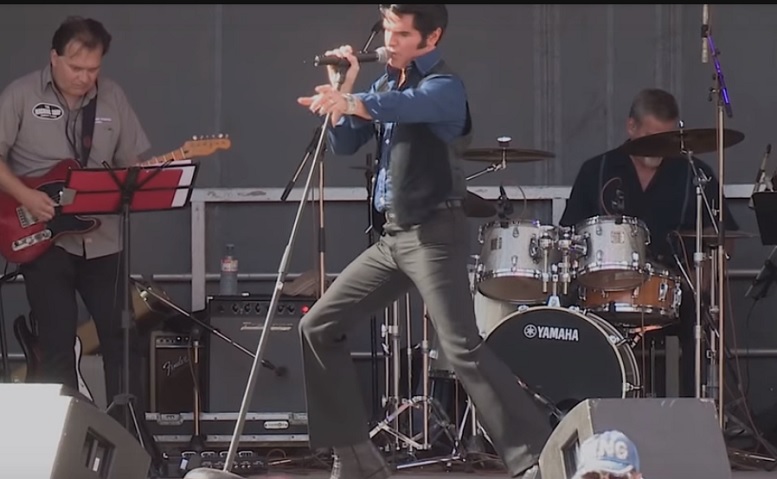 The dozens of performers portray”the King” in every period of his career. (Collingwood Elvis fest 2018)

The festival runs this year from Friday July 26 to Sunday July 28. Due to its long tourist destination history there are many hotels and motels in the area, but alas, no “Heartbreak Hotel”. Perhaps a marketing opportunity?