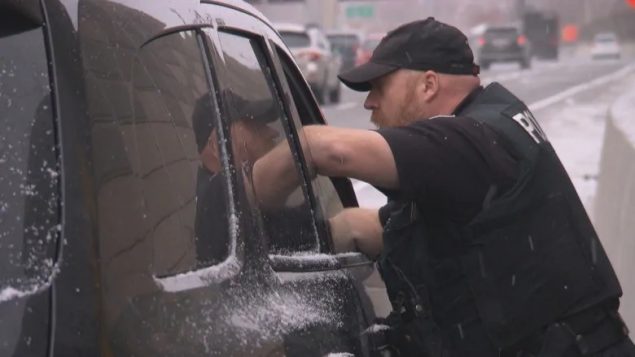 An Ottawa police officer carries out a roadside stop in December 2018, less than one month before tougher distracted driving rules came into effect. Now, civil rights advocates are warning that minorities could be disproportionately targeted. (Jean Delisle/CBC)

There’s virtually no doubt that texting while driving in a hare-brained idea–-dangerous, really, really stupid and sometimes lethal.

But Canadians persist in doing it despite sporadic publicity campaigns and a periodic bumping of fines and license suspensions aimed at getting people to wise up. 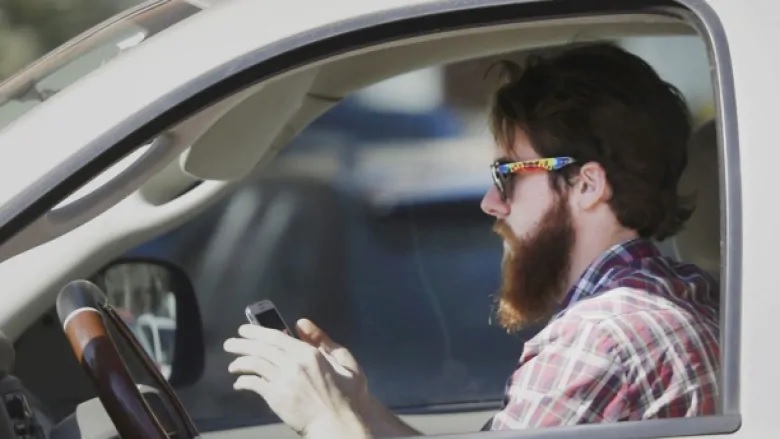 Winnipeg police expanded the number of shifts at its central traffic unit from two to four per last September, in part to expand the number of officers looking for distracted or impaired drivers at night. (LM Otero/Associated Press

In January, she sentenced 39-year-man to four years in prison--after it was proven he was texting and driving as he drove down a dimly-lit road in March 2012 in Quebec’s Laurentians region, north of Montreal.

Noting that campaigns against texting and driving were not sinking in, Albanese says she wanted “to send a clear message to the public.”

News of her sentence was announced Wednesday.

The case made news because Martin Carrieres didn’t just hurt himself when he swerved into the oncoming traffic and collided with an car coming the other way. 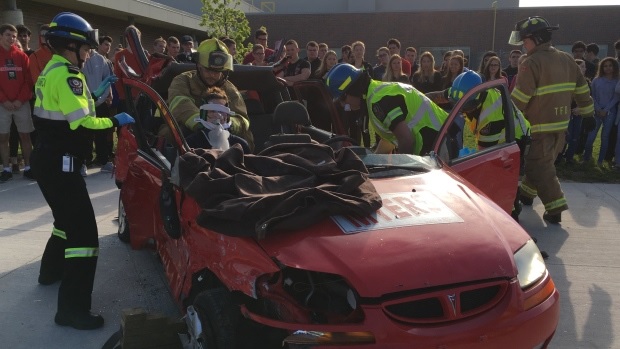 In an effort to reduce accidents due to impaired driving, paramedics and firefighters in Ontario demonstrate to students the effects of a simulated collision. (Jason Viau/CBC/file)

The man in the other car was driving his son and his son’s friend home from hockey practice.

He died, the boys were injured.

A first responder took Carrieres’ cellphone and gave it to police.

Evidence showed Carrieres–in the midst of a disagreement with his wife–exchanged more than 30 text messages before the collision.