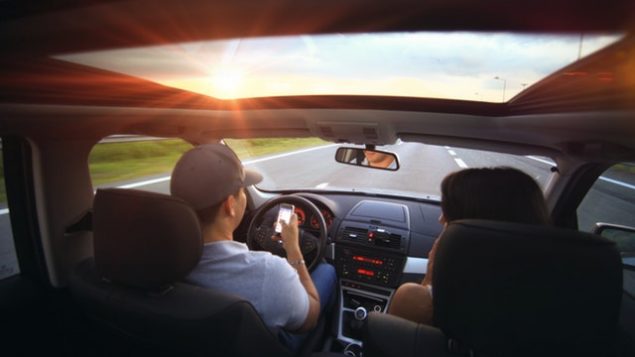 Police warn distracted driving is the top cause of road deaths in the province of Ontario and the toll has increased for the fifth consecutive year. Many schools, colleges and universities in Canada close for a week in March, and Ontario Provincial Police (OPP) are using the occasion to warn people against texting, talking on mobile phones or engaging in other forms of distraction while driving.

In 2017, the OPP responded to 8,711 road accidents that were linked to driver inattention. There were 83 related deaths compared to 75 death related to speeding, 49 to a lack of seat belt use and 46 related to alcohol. 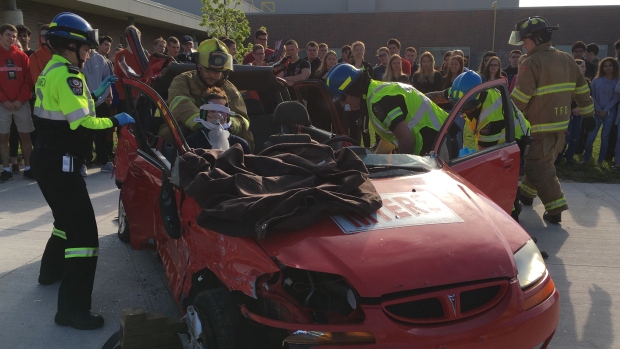 In an effort to reduce accidents due to impaired driving, paramedics and firefighters in Ontario demonstrate to students the effects of a simulated collision. (Jason Viau/CBC/file)

Since 2009, 692 people have been killed in crashes on OPP-patrolled roads involving an inattentive driver. That does not include roads in major cities like Toronto or Hamilton.

Governments across the country are trying to reduce distracted driving through publicity campaigns and higher fines. In Ontario for example, a person convicted of distracted driving will be fined between $400 and $1,000 and lose demerit points applied to their driver’s record.

If drivers are found to endangers other because of any distraction they may be charged under the Highway Traffic Act or under the Criminal Code of Canada. Both laws set out heavy fines and penalties for those who break them.