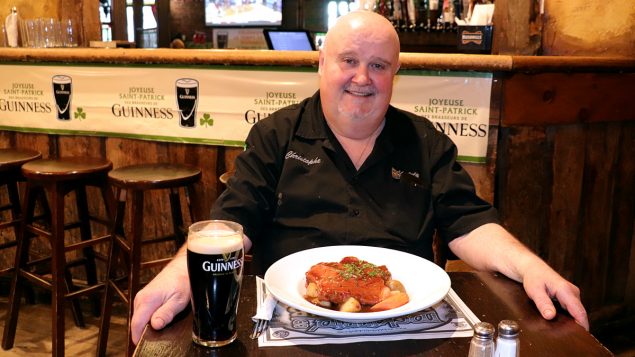 On St. Patrick’s Day, everyone in Montreal is Irish and this year will be no exception: Montrealers are expected by the hundreds of thousands at the traditional Sunday parade! All year round, the Irish pubs in the city are preparing for March 17 and McKibbin’s, like elsewhere, is ready.

“For us, it’s Christmas,” says Chief Christophe Ritoux, who has been working in McKibbin’s pubs for 20 years. For the festivities, he has created a special menu of Irish cuisine which is available during the week before St. Patrick’s Day.  We tasted his Guinness, whiskey and honey glazed beef brisket. Yummy! 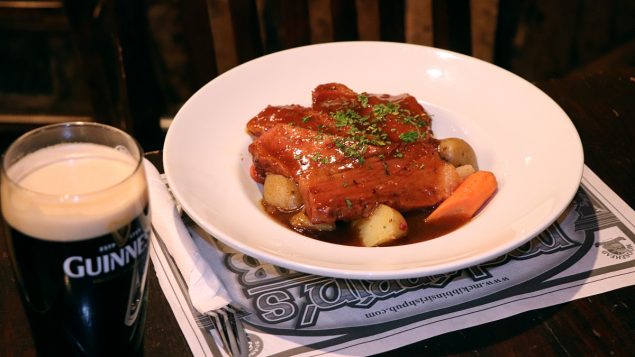 “The main ingredients of Irish cuisine are potatoes, Guinness and Whisky! he says, half jokingly. Corned beef, fish, cabbage are also often used. At first glance, this cuisine may seem bland, but with a pinch of imagination, it has all the necessary elements to create delicious dishes,” he adds.

The dish takes five hours to make, so it was not possible to prepare it with him. It consists of slices of braised beef brisket, served on a bed of braised cabbage with potatoes, parsnips and carrots. All this topped with an exquisite whisky, honey and black beer sauce: what a delight!

Christophe Ritoux was born in Montreal… in France! He specialized in Cajun cuisine and ended up in Montreal as a chef in an Irish pub.

“I am 100% Irish at heart! Everyone is Irish in Montreal on St. Patrick’s Day! The pubs are full, even if it’s during the week. some Montrealers take the day off and celebrate!” − Christophe Ritoux

This year, the 196th St. Patrick’s Day Parade will take place on St. Catherine Street in downtown Montreal and  will start at noon. Organized by the United Irish Societies of Montreal, it is one of the oldest and largest parades in North America, attracting more than half a million people. 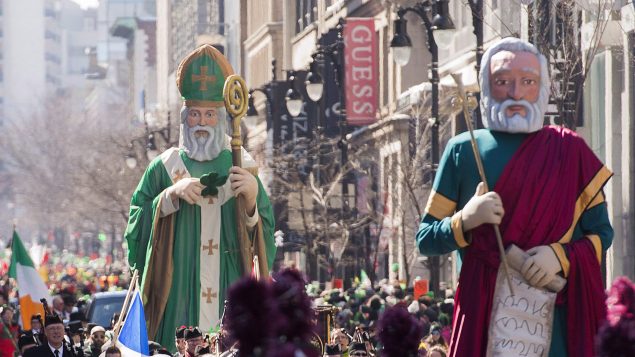 A giant effigy of St. Patrick is pulled along a street during the annual St. Patrick’s Day parade in Montreal, Sunday, March 19, 2017. CP/Graham Hughes

You will also like:
Celebrating the Chinese New Year with delicious dumplings
Moose and deer stew Ojibwe style at the Nomad Festival in Montreal
White corn or the taste of Mohawk hospitality
And this (in French)