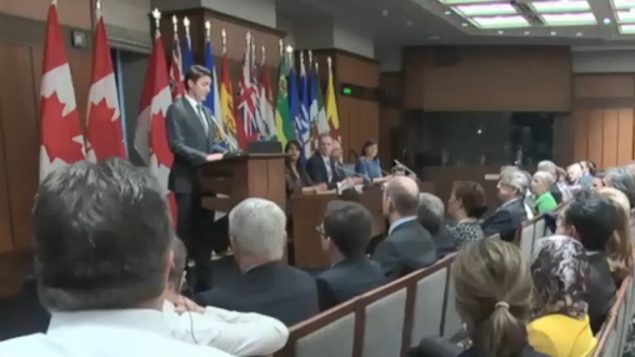 Prime Minister Justin Trudeau announcing to Liberal party members that he has removed tow high-ranking women from caucus over issues of "trust" and party loyalty. (Radio-Canada)

The political scandal rocking the ruling Liberal party and occupying news for some 54 days resulted in another shock wave last night.

Prime Minister Justin Trudeau expelled two prominent women from the caucus to prevent what he called “civil war” in the party.

The ongoing controversy has been bringing the party down in the polls leading up to a general election.in October, and according to Duane Bratt, has also been tarnishing the Prime Minister’s reputation internationally. Duane Bratt (PhD) is a political science professor at Mount Royal University in Calgary, Alberta.

The scandal is about allegations of political interference of the highest members of government into a legal case against Montreal-based engineering giant SNC-Lavalin. That company is charged with fraud and bribery in connection with contracts in Libya. 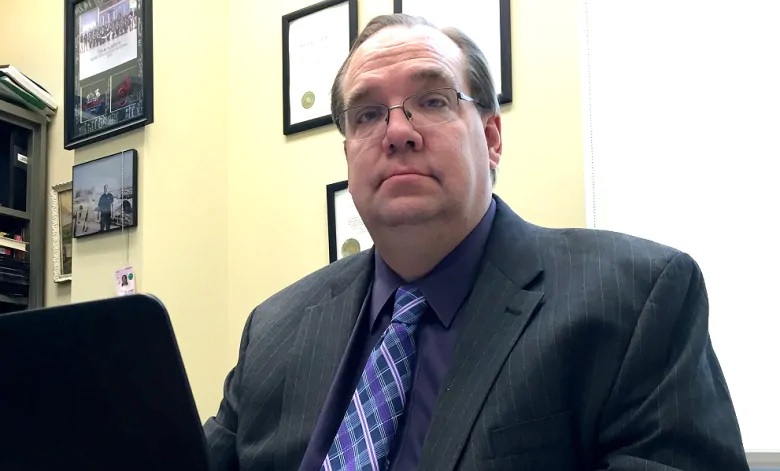 In the latest chapter of the ongoing controversy the issue of “trust” within the party seemed to be the main issue. The former attorney general and justice minister Jody Wilson-Raybould is alleged to have broken that trust when she recorded a phone call with a high-ranking bureaucrat and released it publicly to support her version of events. 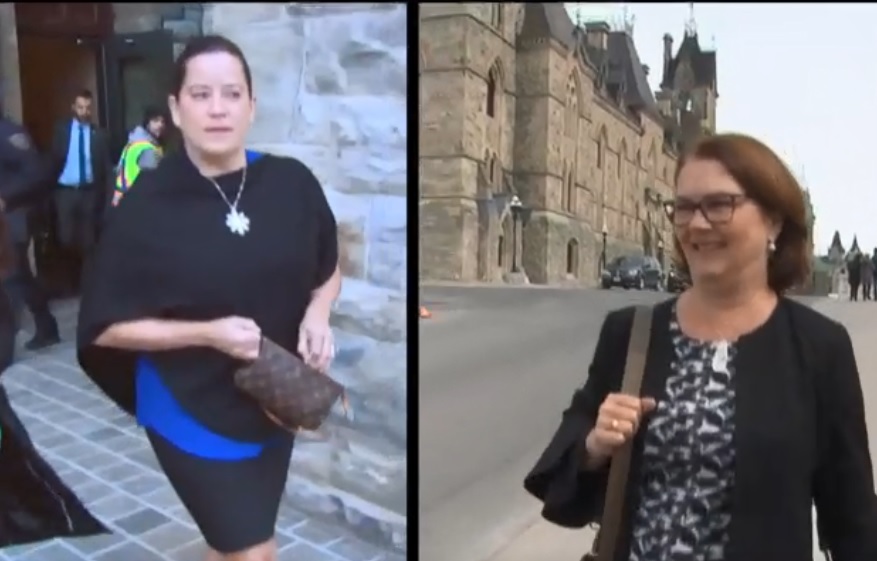 Former attorney general and justice minister, Jody Wilson-Raybould (left) and Jane Philpott (right), former president of the Treasury Board, were expelled from the Liberal caucus Tuesday in spite of their stated support of the Liberal party. (Radio-Canada)

Another high ranking female member of the Liberal caucus, Jane Philpott also expressed deep concern over the prime minister’s handling of the affair. Although both women had expressed their confidence in the prime minister and wanted to remain as members of the caucus, Justin Trudeau ruled they could not remain as trust had been broken.

Analysts say while the move may have been made to firm up party ranks, the two ejected members may now be free of any legal “confidentiality” constraints they had as caucus members and as such could reveal more about the “SNC-Lavalin affair” which could potentially further hurt the Liberal party, already sliding in opinion polls.