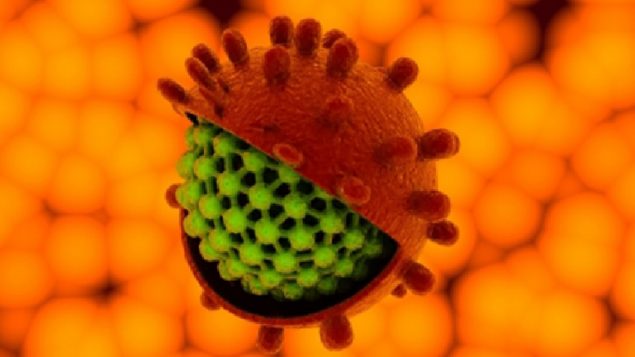 A virus, previously thought to present little harm, has just been shown to be among the variety of causes of encephalitis. Researchers are now working on treatment for pegivirus (freedigitalphotos)

The disease is basically an inflammation of the brain wcich can be caused by a number of things from bacteria to viral infections to auto-immune response.  It can often be successfully treated but sometimes still proves fatal.

In spite of intense medical efforts it was only after two patients died recently that researchers at the University of Alberta were finally able to discover the surprising and previously unknown cause of their encephalitis.

Dr. Christopher Power MD. of the Brain Power Lab supervised the research team that made the new discovery. He is professor in neurology and the Canada Research Chair in Neurologic Infection and Immunity at the University of Alberta

What the researchers were eventually able to discover was that, pegivirus, was in fact the cause.  This was surprising as the particular virus, although a known entity and present in about five percent of the general population, had been presumed to be basically harmless.

Dr Power says “We discovered this pegivirus, which I’d never heard of before. And in fact, the reason I hadn’t heard of it before is because it had not been previously reported to cause brain infection” adding,  “In fact, most people with pegivirus won’t get encephalitis, but we now know that it affects some people uniquely.” 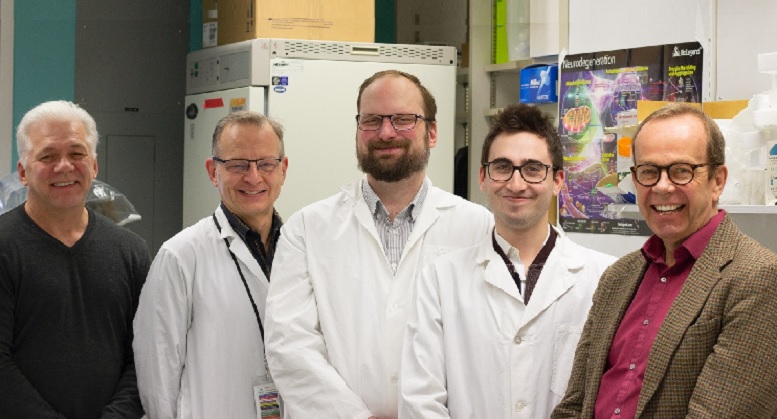 (From left) Medical researchers Tom Hobman, Frank van Landeghem, William Branton, Matthew Doan and Christopher Power were part of a U of A team that discovered a seemingly harmless virus is actually a cause of encephalitis. (Photo: Jordan Carson)

Since their discovery, both his team and others have found pegivirus in the brains of several other patients with neurological diseases.

Dr Power says that the causes of encephalitis are often not discovered as pegivirus may be the cause of more encephalitis cases his discovery will now increase the number of known causes and lead to treatments. 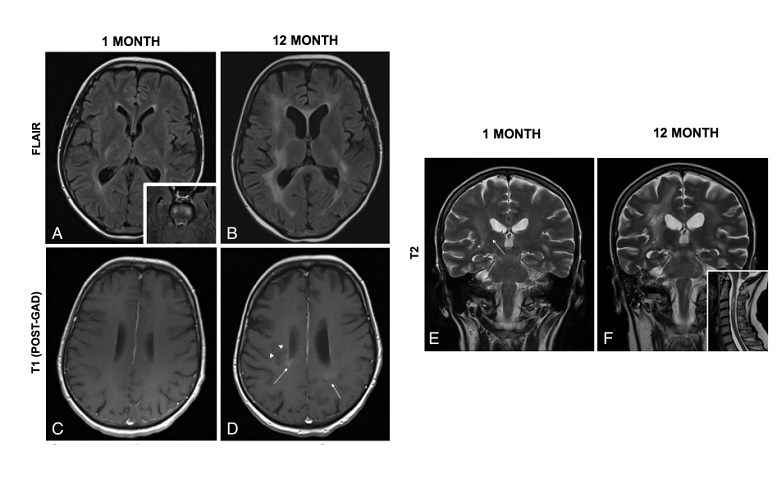 FIGURE 1: Progressive white matter disease in HPgV-1 infection. Fluid-attenuated inversion recovery (FLAIR) magnetic resonance (MR) images revealed multifocal lesions in the periventricular white matter at initial presentation (A) with
progression at 12 months (B) in LE-1. Increased white matter signal was present in the brainstem at initial presentation (A; inset). Gadolinium T1-weighted MR images exhibited enhancing lesions in the posterior periventricular white matter at 12 months (D; indicated by arrows) that were not present at initial presentation (C), as well as a lesion in the right posterior periventricular region that was suggestive of infarction (indicated by triangles). T2-weighted MR images showed lesions throughout the corona radiata bilaterally (E) that progressed over 12 months (F) with marked involvement of the brainstem and cervical spinal cord (F; inset). HPgV-1 = human pegivirus-1 (BALCOM et al)

He notes that pegivirus is similar to Hepatitis-C and many new treatments for that virus have been developed. As such, his lab is currently testing assays of Hep-C drugs towards finding one that will work against the pegivirus and thus provide a treatment against this newly discovered encephalitis cause.

The research, was supported by funding from the Canada Research Chairs program, the Multiple Sclerosis Society of Canada and an Alberta MS Network studentship.