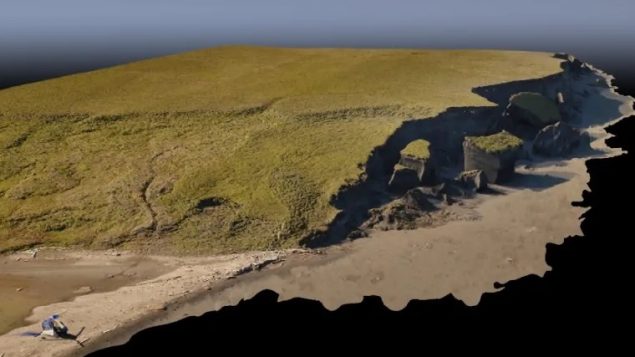 2016 image of slumping of shoreline on Pelly Island, wher 40 m were lost in one year. Throughout the north the waters are muddied along the coast as the soil is washed into the sea with as yet unknown effects on marine life. (Dustin Whalen- Natural Resources Canada)

The most recent report from Environment and Climate Change Canada noted once again that the Arctic is one of the fastest warming areas on Earth.

A new study by researchers at the University of Alberta came to even more surprising conclusions.

In a University of Alberta story by Andrew Lyle,  co-author Duane Froese, who is Canada Research Chair in Northern Environmental Change, said ““We’ve known that the last few decades have been very warm, but we’ve found that temperatures are on the order of two degrees Celsius warmer than any time in the last 10,000 years—that was a surprise”. 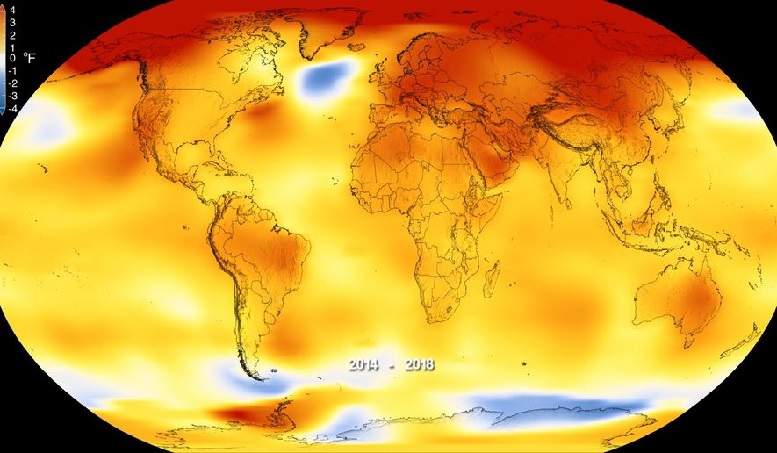 This map made available by NASA in February 2019 shows global surface temperature anomalies for 2014-2018. Higher than normal temperatures are shown in red and lower than normal temperatures are shown in blue. Two U.S. agencies, the United Kingdom Met Office and the World Meteorological Organization analyzed global temperatures in slightly different ways, but each came to the same conclusion on Wednesday, Feb. 6, 2019: 2018 was the fourth-warmest year on record behind 2016, 2015 and 2017. (Kathryn Mersmann/NASA – Scientific Visualization Studio via AP

The study noted that the previous high temperatures in the far north occurred in the early Holocene some 9,900 to 6,400 years ago at a time when the Earth axis pointed the north more directly toward the sun. Even the the “Holocene maximum” was still less than what is being recorded today.

No analogue in the historical record for such warming

The climate scientists, including lead author Trevor Porter now at the University of Toronto, say the increase is rapidly melting permafrost destabilising carbon stored in the frozen soil. This is likely to increase greenhouse gasses, along with the melting of glaciers and ice caps with further implications for climate change and sea-level rise. 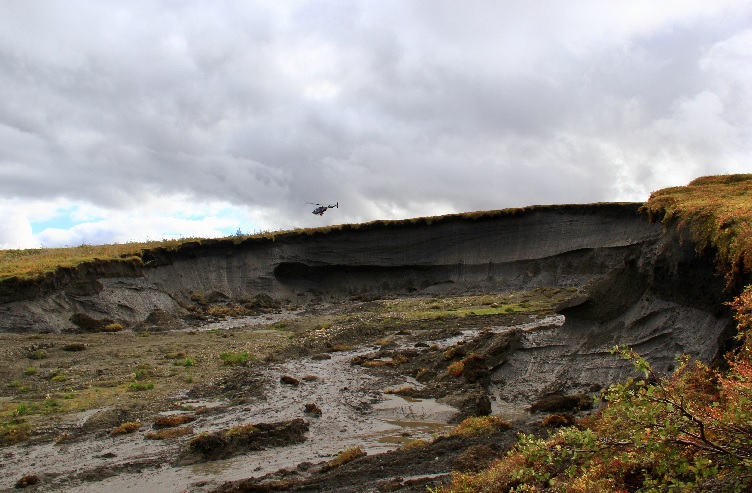 The report states, “However, the Arctic is transitioning to a warmer state that appears to have no analogue in the historical record and add that their study implies that the  threshold for ice-rich permafrost stability in the Yukon and Alaska region may have already been crossed as evidences by substantial slumping (ground collapse) in the western Arctic.  On Banks Island for example there have been thousands of  landslides since 1984, going from 63, to 4,077 in just 30 years

They say this could expose vast amounts of previously frozen organic matter which once exposed to microbial decomposition could lead to substantial greenhouse gas releases, further amplifying global warming trends.