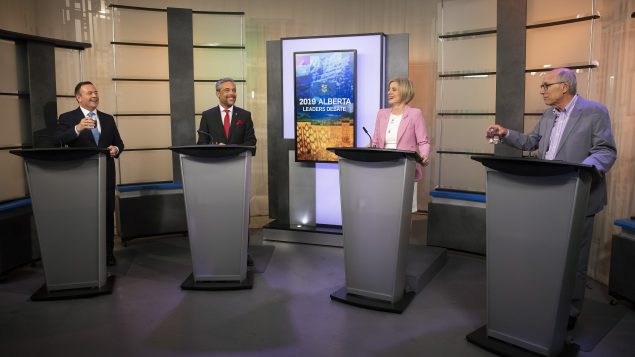 Residents of Alberta have begun casting their votes in advance polls as the Western Canadian province gets ready for what most Albertans consider as the most crucial election in recent years on April 16, according to a new poll.

The governing left-of-centre New Democratic Party (NDP) has narrowed the lead enjoyed by the United Conservative Party (UCP) about 12 percentage points since the beginning of the campaign, according to the Angus Reid Institute poll released Friday morning, but Jason Kenney’s UCP still leads Rachel Notley’s NDP by 13 points.

The other two major parties – the Alberta Party (AP), led by Stephen Mandel, and the Alberta Liberal Party (ALP), led by David Khan – are trailing far behind.

The NDP enjoys huge advantages in the provincial capital Edmonton and among younger and more highly educated voters – especially women – while the UCP finds its strength among older voters and those with lower levels of formal schooling – especially men, the poll finds.

Economic issues are top of the mind for most residents of the oil-rich province, which has been hard hit by the downturn in the global oil industry, compounded by difficulties in building new pipelines or expanding existing ones to sell oil to markets outside the United States.

Forty-five per cent of respondents identified oil and gas/pipelines as the top issue facing the province while only 16 per cent pointed to environment/climate change as a priority.

That’s good news for Kenney. The UCP leader is seen as best on economic issues facing the province, while most Albertans (57 per cent) say Notley “hasn’t done enough to stand up for Alberta’s oil and gas industry,” the poll found.

“The outstanding question is whether this Alberta election will look more like 2012 – when the Wildrose Party held a polling lead throughout the campaign, but ultimately lost to the long-governing Progressive Conservatives – or 2015 – when Notley’s NDP converted its polling lead into a majority government, ending four decades of PC rule,” said Shachi Kurl, Angus Reid Institute executive director.