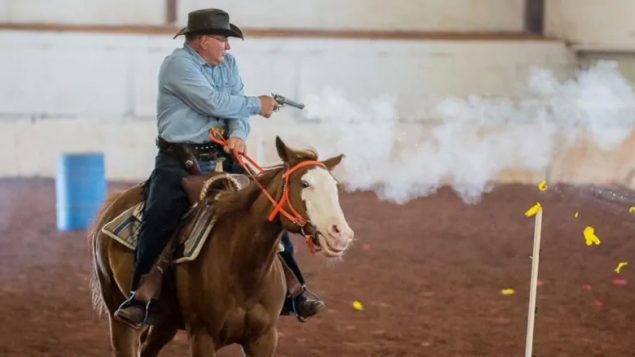 Firing blanks from real revolvers at balloons, the growing sport of cowboy mounted shooting would likely come to an end with a handgun ban. Many businesses, employees, and even tax revenues would also be negatively affected (Ulli Hoeger-via CBC)

After months of consultation, federal Minister of Border Security and Organised Crime, Bill Blair, has released his report on a possible ban on handguns and so-called assault-style rifles.

The 31-page report says Canadians are very polarized on the issue of bans.  Quoted in the Globe and Mail newspaper Blair said, “I think it’s important to acknowledge there was a great diversity of opinion and disagreement on the issue.”.

He was assigned to study the issue of bans by Liberal Prime Minister Justin Trudeau following a shooting rampage in downtown Toronto in July 2018. That incident resulted in two innocent bystanders killed and 13 injured by emotionally disturbed Faisal Hussain, 29, who then shot himself. This came after several previous gang related shootings in the city that year. 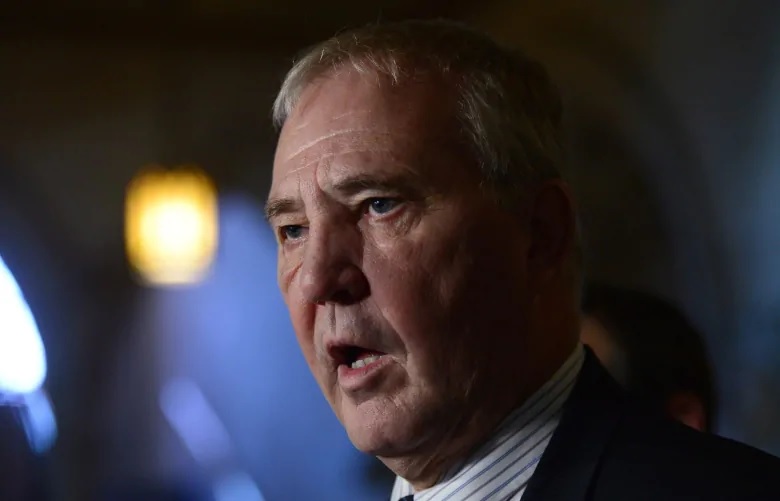 In-person consultations during cross-country meetings showed positions both supporting and opposing banning the firearms, while  responses to an online questionnaire were mostly opposed to bans.

Those in favour said bans would reduce harm and gang violence.

Those opposed say said those claims aren’t supported by statistical data and that bans only affect law-abiding ownership with no affect on illegal firearms, criminals, or gang violence. 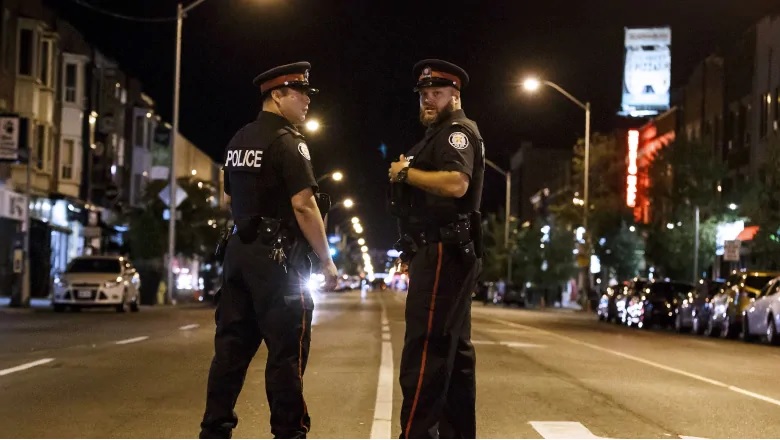 Police watch in downtown Toronto after a tragic shooting rampage in July 2018. The shooter had mental issues and was in illegal possession of an illegal gun. Legal owners say a ban will only affect them, not illegal activity. (Cole Burton- Getty Images)

Though the Liberal government seems to favour a ban Blair also said “I would not encourage people to draw a conclusion from that (diversity of opinion) about what then is the right thing to do”.

The report mentions ““A wide range of approaches and ideas were discussed, which suggests that a multifaceted approach is needed to address this issue rather than implementing a ban in isolation”. It seems to indicate though that a ban would result in a political backlash.

While there was a clear divide of opinion on bans, there was consensus that the underlying social conditions are an important factor in gang violence and criminal activity. This includes, poverty, lack of education and employment opportunities, more mental health supports an counselling, and other community supports.

Many respondents said rather than ban legal ownership, the government should focus on illicit firearms and border smuggling where most illegal guns originate. 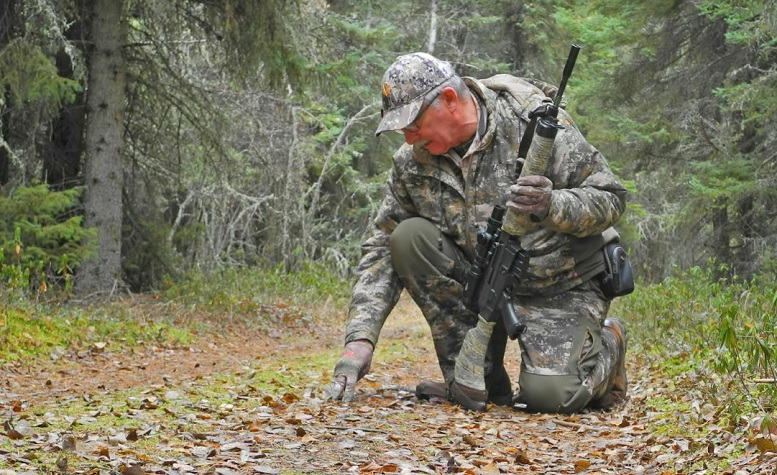 The modern sporting rifle-typically mislabelled as an “assault rifle” and “not good for hunting”, is popular with hunters as the plastic style is lighter than wood-style firearms, and reliable. They are strictly limited to five bullets.(A Voth)

The Liberal government had earlier that year also tabled C-71, a firearms bill currently being debated by the Senate which it says will strengthen gun control measures.  It proposes to lengthen the current five year background checks to a lifetime history check, register long-gun sales (currently all restricted firearms are registered) and require purchasers to show a valid firearms permit. The latter requirement however has already long been in virtually universal practice even when purchasing ammunition.