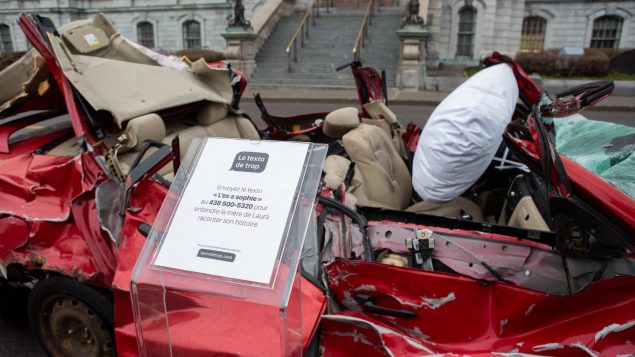 Cars have been crumpled to replicate the effects of three accidents caused by texting and driving. They have been put on display near Montreal’s city Hall from April 15 to 18, 2019 to try to stop people from using their mobile phones while driving.

Called the “Impactful Reminder,” the outdoor exhibit is an initiative developed by a creative agency in collaboration with the City of Montreal. It is based on the stories of three victims of accidents that occurred in the province of Quebec. 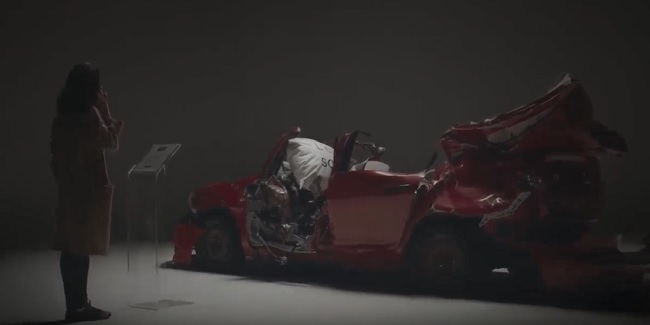 Photos of three accidents were used to recreate cars that were involved in real crashes. Visitors can read victims’ stories on their mobile phones. (CNW group/Sid Lee)

Drivers urged to use ‘driving’ mode

Based on photos of the actual accidents, the cars were made to look like the three vehicles involved.

Visitors to the site can read the victims’ stories by texting a number associated with each car.

The point is to get drivers to activate “driving” mode on their mobile phones by visiting www.textodetrop.com/en.

The province’s automobile insurance agency says that nearly one in five drivers admits to writing or reading text messages while driving. And it says that distracted driving causes more fatal collisions in Quebec than does driving while drunk.