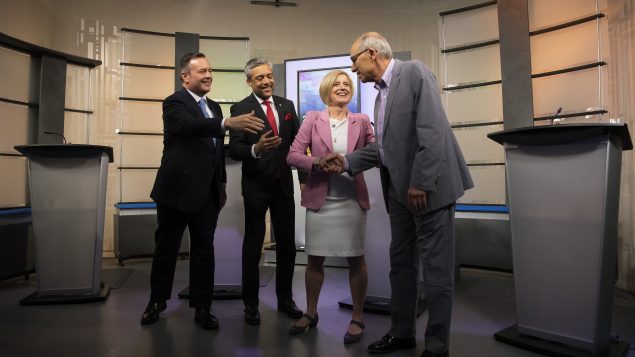 Albertans head to the polls after divisive election campaign

Voters in Alberta are going to the polls today to decide who will govern the oil-rich Western Canadian province that has fallen on hard times recently following a global oil price slump compounded by a shortage of pipeline capacity to diversify its oil exports.

After a four-week acrimonious campaign that has been described by many as the most divisive in recent history, Albertans will decide whether to give the incumbent left-of-centre New Democratic Party led by Rachel Notley a second mandate, or choose Jason Kenney and his United Conservative Party (UCP) to govern Alberta for the next four years.

The UCP with its single-minded focus on economic recovery has been leading in the polls throughout the campaign despite allegations of fraud surrounding Kenney’s successful leadership bid for the newly minted conservative party, as well as scandals surrounding racist and homophobic views reportedly held by some current and former UCP candidates.

If against all odds, Notley is able to hold on to power, her victory would mark an astonishing political comeback in a province that has voted for conservative leaning parties for more than 40 years before electing the NDP in 2015.

The other two major parties – the Alberta Party (AP), led by Stephen Mandel, and the Alberta Liberal Party (ALP), led by David Khan – are trailing far behind the NDP and UCP in polls.

If the turnout of the last week’s advance polls is of any indication, it’s going to be a hotly contested election.

Nearly 696,000 votes were cast over five days, three times the amount cast in advance during the last election. Nearly 223,000 of advance bulletins were cast by electors outside of their electoral divisions.