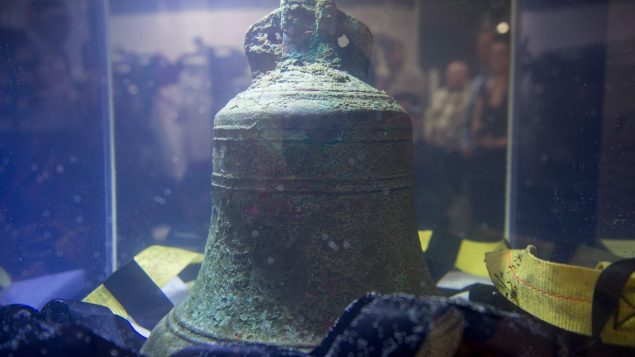 One of the artifacts, a ship’s bell, was recovered from the HMS Erebus and now sits in pure water. (Justin Tang/The Canadian Press/file)

The Canadian government and the Inuit Heritage Trust have made an agreement for the study and preservation artifacts from the 1845 Franklin expedition. Sir John Franklin set out from England with a crew of 129 aboard two ships to look for a way to get from the Atlantic to the Pacific oceans. However, they got stuck in ice and no one survived.

HMS Erebus was discovered in Arctic waters in 2014 and HMS Terror in 2016, and thousands of artifacts are still to be recovered. Inuit guidance was critical to the discovery of the wrecks. 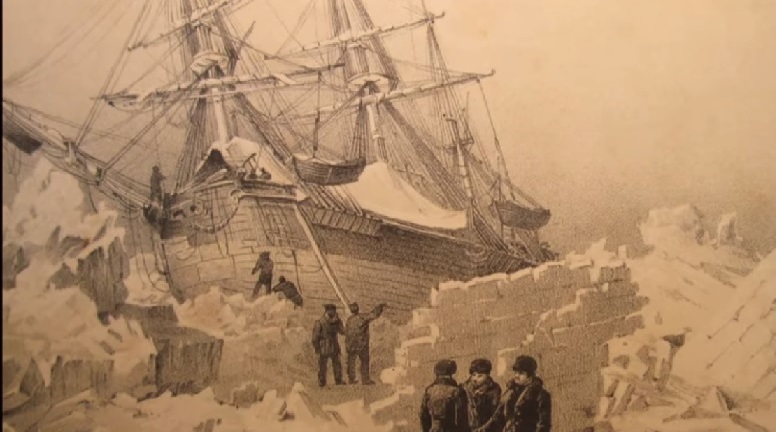 Artifacts protected based on Inuit knowledge

Parks Canada has announced that artifacts will be protected based on traditional knowledge of the Indigenous Inuit people of the northern territory of Nunavut.

Museums or cultural institutions will be able to study and exhibit artifacts but only on a temporary basis.

The ongoing recovery and investigation is being called one of the largest and most complex underwater archaeological undertakings in Canadian history.