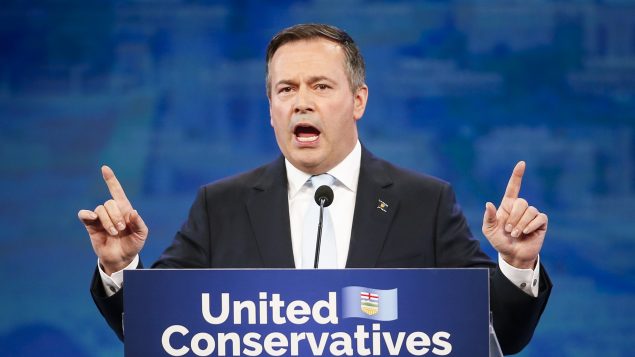 Alberta woke up to a new centre-right government today after voters in the oil-rich Western Canadian province that has fallen on hard times recently delivered a landslide victory to the United Conservative Party led by Jason Kenney.

Tuesday’s election turned a page on Alberta’s brief experiment with left-of-centre politics as the New Democratic Party led by outgoing premier Rachel Notley suffered a resounding defeat and moved to the opposition benches.

The UCP elected in 63 of 87 seats in the provincial legislature Tuesday night. The NDP held the other 24.

The other two major parties – the Alberta Party (AP), led by Stephen Mandel, and the Alberta Liberal Party (ALP), led by David Khan – failed to elect any MPs to the legislature.

However, the arrival of a new provincial conservative government could have repercussions for federal politics in Canada far beyond Alberta’s borders.

Premier-designate Kenney, 50, a former federal Conservative cabinet minister, who left federal politics to help create the United Conservative Party and bring it to power, vowed to stand up to the Liberal government of Prime Minister Justin Trudeau in Ottawa and “begin to fight back.”

“Today our great province has sent a message to Canada and the world that Alberta is open for business,” said Kenney to cheers. “Help is on the way and hope is on the horizon.”

Albertans have elected “a government that will be obsessed with getting this province back to work,” Kenney said.

His first step in government would be to repeal the provincial carbon tax introduced by Notley’s government, Kenney has said. The measure would put Alberta on a collision course with Ottawa, which will be forced to introduce a federal carbon levy.

“The foreign funded special interests campaigning against Canadian energy have done precisely nothing to stop the doubling of oil production in the United States, or to reduce by one barrel energy coming from OPEC dictatorships, or Vladimir Putin’s Russia,” Kenney said.

“And in Ottawa, we have a federal government that has made this bad situation worse, killing two major coastal pipelines, including Energy East that would have helped Quebec and Atlantic Canada displace foreign oil imports with Canadian energy!”

Trudeau released a statement in the immediate aftermath of the election, congratulating Kenney.

“Albertans have chosen to elect a majority government led by the United Conservative Party,” it read. “I look forward to working with the provincial government to create good, middle class jobs, build infrastructure, and grow the businesses and industries at the heart of Alberta’s prosperity so the province can remain competitive in our changing economy.”

“Together, we will address issues of importance to Albertans and all Canadians, including supporting canola producers, and taking decisive action on climate change while getting our natural resources to market.”