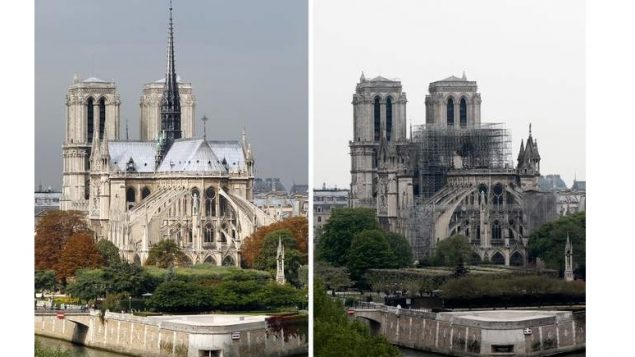 The cathedral before and after the tragedy 2010 and 2019 (Reuters- Benoit Tessier, Charles Platiau)

The damage to this great cathedral can be easily seen to be devastating and extensive.

The ancient oak beams supporting the steeply vaulted lead-covered roof are gone and speculation is they will not, and very possibly could not be replaced.

The famous rosette windows survived, but were subject to thermal shock from the intense heat and then the sudden cold from the firefighters water sprayed onto the fire. Their actual condition is not yet known. As for the stone structure, Canadian stonemason Robert Watt, the situation may not be quite so bad. He has extensive experience in restoring old stone buildings and I reached on mobile phone.

The cathedral is made from blocks of limestone and many of Canada’s historic buildings are made of limestone, including Parliament where Watt’s company, RJW-Gem Campbell Stonemasons worked for five years restoring the “West Block”. 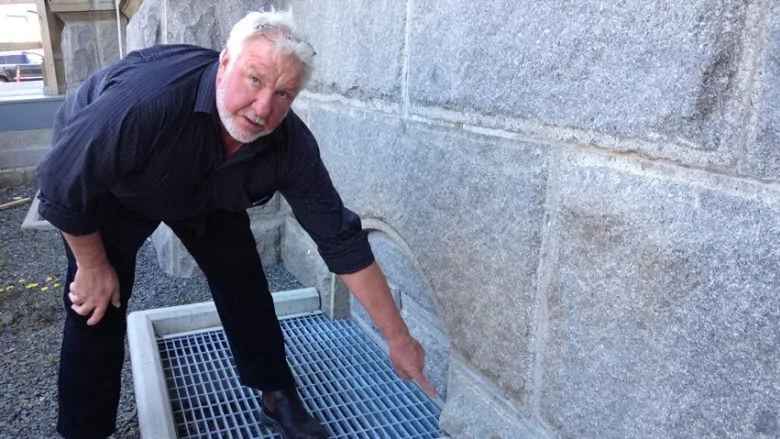 He says that the stonemasons social media group has been active with reports from French stonemasons, and while the fire may well have damaged many of the stones, he says the quarries where the original stone came from are still available so the blocks and mortar will be the same as the original.

He also says the vault support ribs were of a very strong design  and held up although some of the “webbing” between them collapsed in a couple of places.  He says if the ribs are sound, then replacing the spaces between them will not be difficult.

It would not be the first time the Cathedral has been restored, After the French revolution it was used as a warehouse for awhile, and deteriorated. Cleaned up for the 1804 coronation of Napoleon, a major restoration began in the mid 1800’s when the spire was added. A major cleanup of centuries of soot and grime was performed in 1963, with restorations  in 1991 and 2000. A major roof restoration was underway when it caught fire on Monday evening, 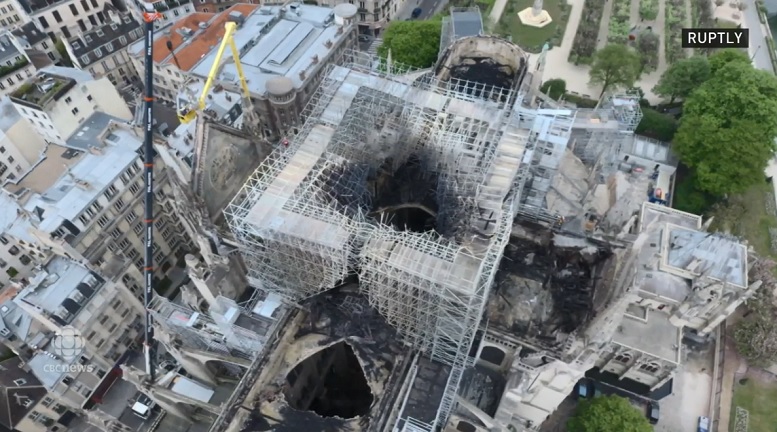 Aerial view of damage. It is expected the cathedral will be closed for up to six years. (via CBC)

With literally hundreds of millions of dollars pledged already for the restoration, Watt says from what he has seen in images, and heard from stonemasons in France, it may well be possible to meet French President Macron’s pledge of rebuilding and restoration in five years.  The major hurdle might be to find enough tradespeople skilled in such masonry restoration, along with carpenters, coppersmiths and lead workers. Watt notes that when Canada’s Centre Block burned in 1916, the entire structure was razed and rebuilt with the tall Victory and Peace tower dominating in a mere three and half years.