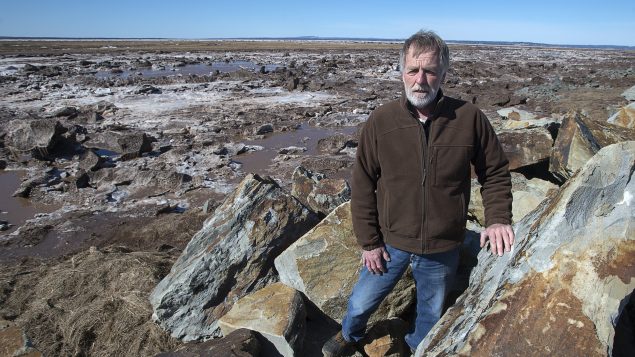 Farmer John Atkinson stands on a dike near Amherst, Nova Scotia. Close to a quarter of that province’s dikes will be rehabilitated. (Andrew Vaughan/The Canadian Press/file)

Dikes will be upgraded to protect from climate change

New multi-million-dollar funding has been announced to improve dikes on Canada’s Atlantic coast and protect the province of Nova Scotia from flooding caused by rising tides and storm surge events.

“Extreme weather is becoming more severe, more frequent, more damaging and more expensive because of climate change,” said Ralph Goodale, Canada’s minister of public safety in a statement. “By investing in the infrastructure that protects our neighbourhoods, businesses, and families, we are building communities that can withstand future natural disasters and thrive for generations to come.” 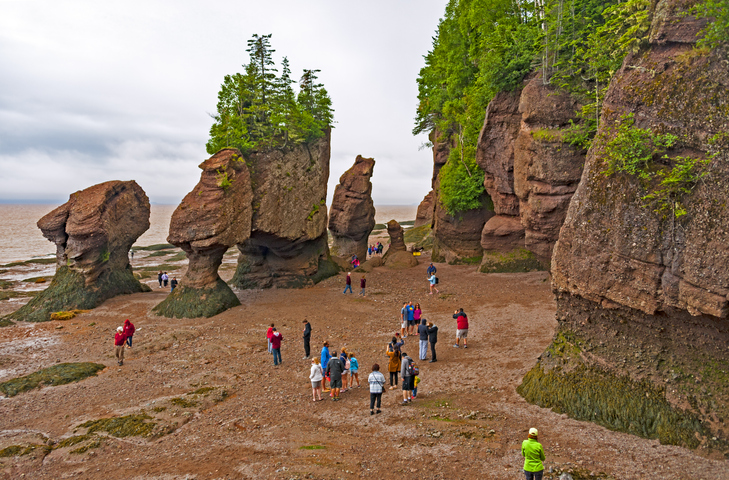 This is what the beach and rocks look like when the highest tides in the world let out on the Bay of Fundy. (iStock)

The governments of Canada and Nova Scotia will each contribute over $56.9 million to two projects that will strengthen over 64 km of dike systems and causeways that protect over 60 towns.

The systems run along the Minas Basin and the Bay of Fundy which has the highest tides in the world.

Canadian Press reports that a study from Saint Mary’s University indicates that about 70 per cent of Nova Scotia’s 241 km of dikes “could be overtopped in a severe tidal surge coming up the Bay of Fundy.”