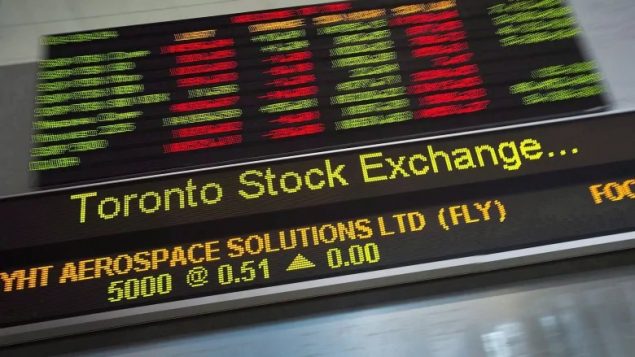 Hard to imagine that behind all those lights, lies a soul thats calm. The TSX had its best day ever on Thursday. (Darren Calabrese/Canadian Press)

TSX has its greatest day ever

Calm and bliss–those oh so elusive qualities–are not just limited to living the good life at your local ashram.

Turns out, there’s plenty of other places you can track down Mr. C. and Ms. B.

How about the Toronto Stock Exchange? 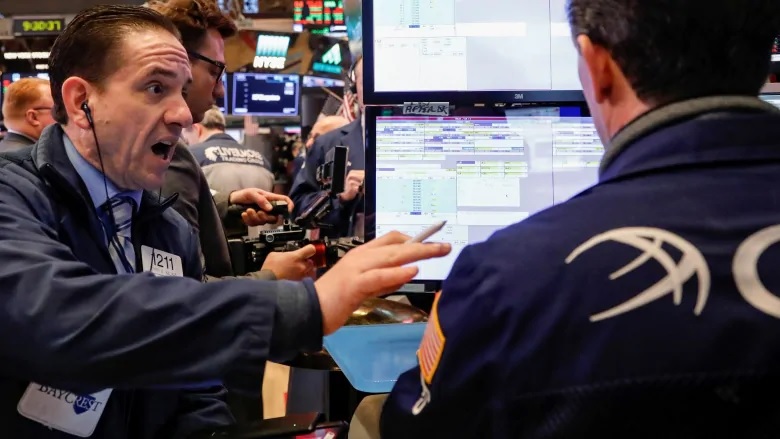 It remains unlikely that anyone will ever mistake a stock exchange floor with the peaceful grass at the local ashram. To be fair, the men in the photo are New Yorkers. (Brendan McDermid/Reuters)

Known informally as the S&P/TSX, the exchange had a rough final month in 2018 but is bouncing back big time this year.

It has risen 15.8 per cent since the beginning of the year. 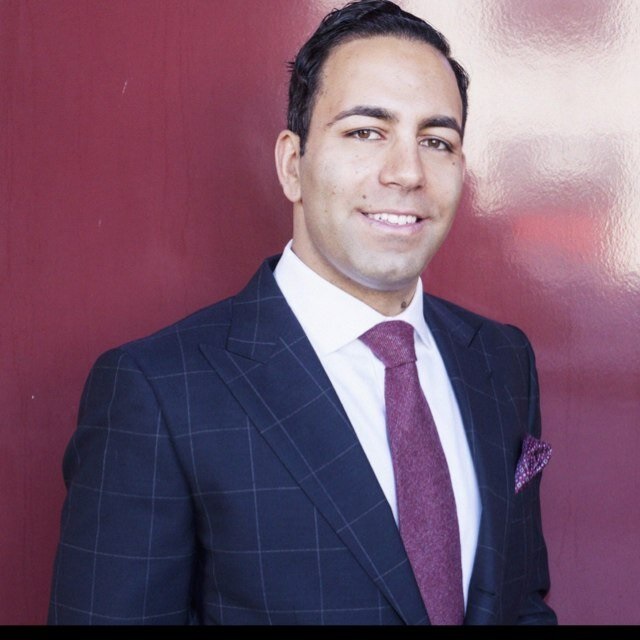 Kash Pashootan, CEO and chief investment officer at First Avenue Investment Counsel Inc., broke it down for Ross Marowits of The Canadian Press.

“Stock markets are feeling ‘calm and bliss’ following a reversal in language from central banks towards advocating a slow raise in interest rates,” Pashootan explained.

A few other things helped, no doubt: a 41 per cent surge in oil prices since the start of the year, the election of a conservative government in oil-rich Alberta and strong retail growth.

Still, if calm and bliss rule now, can peace and love be far behind?

Maybe we’ll know a little more on Monday when the market reopens following the Easter holiday.

With files from CBC, Global, CP