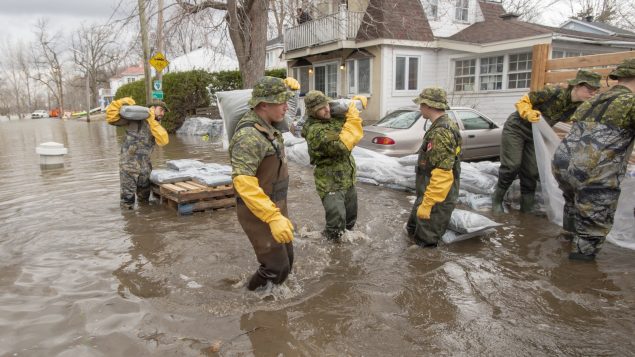 Several communities in eastern Ontario, Quebec and New Brunswick are bracing for more floods as municipal authorities in Ottawa declared a state of emergency, while across the Ottawa River in Quebec officials are warning of a possible dam failure.

Ottawa Mayor Jim Watson declared a state of emergency Thursday as river levels continue to rise, threatening to surpass those reached when flooding devastated some neighbourhoods two years ago.

Environment Canada has issued a special weather statement predicting up to 35 millimetres of rain by Saturday morning, and river authorities are now forecasting that in some areas, the water could rise up to 11 centimetres above peak levels reached in May 2017.

Watson said he’s also asked for help from the Canadian Armed Forces. About 400 troops are expected to be deployed to key areas to help with sandbagging and other efforts.

Canada’s Minister of Public Safety and Emergency Preparedness urged residents in Ontario to follow the directions and advice of their municipal law enforcement and first responders.

Meanwhile, public security officials in Quebec called for the immediate evacuation of an area along the Rouge River downstream of Chute Bell because of the risk a Hydro-Quebec dam could collapse. 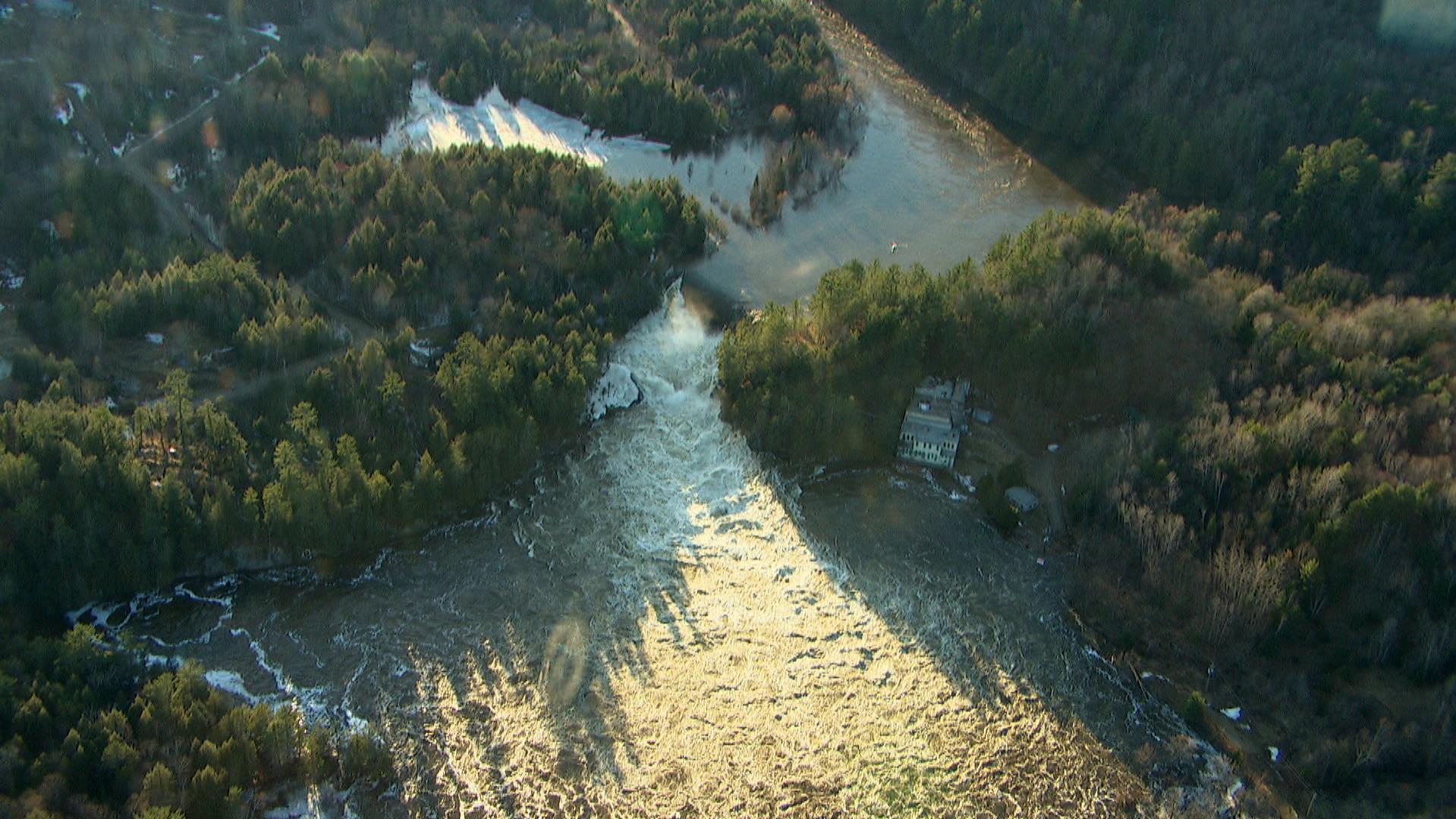 Image taken from a helicopter shows water flowing over the hydroelectric dam at Bell Falls in Quebec’s western Laurentians. Water levels are dangerously high and officials say the dam may fail. (Radio-Canada)

The largely rural section of river is in Quebec’s Lower Laurentians region, stretching about 18 kilometres south to the Ottawa River.

More than 1,000 Canadian soldiers have been deployed across Quebec to help with the flooding situation, Goodale said Friday.

Environment Canada has issued a rainfall warning for much of southern Quebec, making conditions even worse for people fighting flooding.

Most regions will get between 20 and 50 millimetres of rain, although Environment Canada says parts of the Laurentians and Lanaudière regions could see up to 60 millimetres. 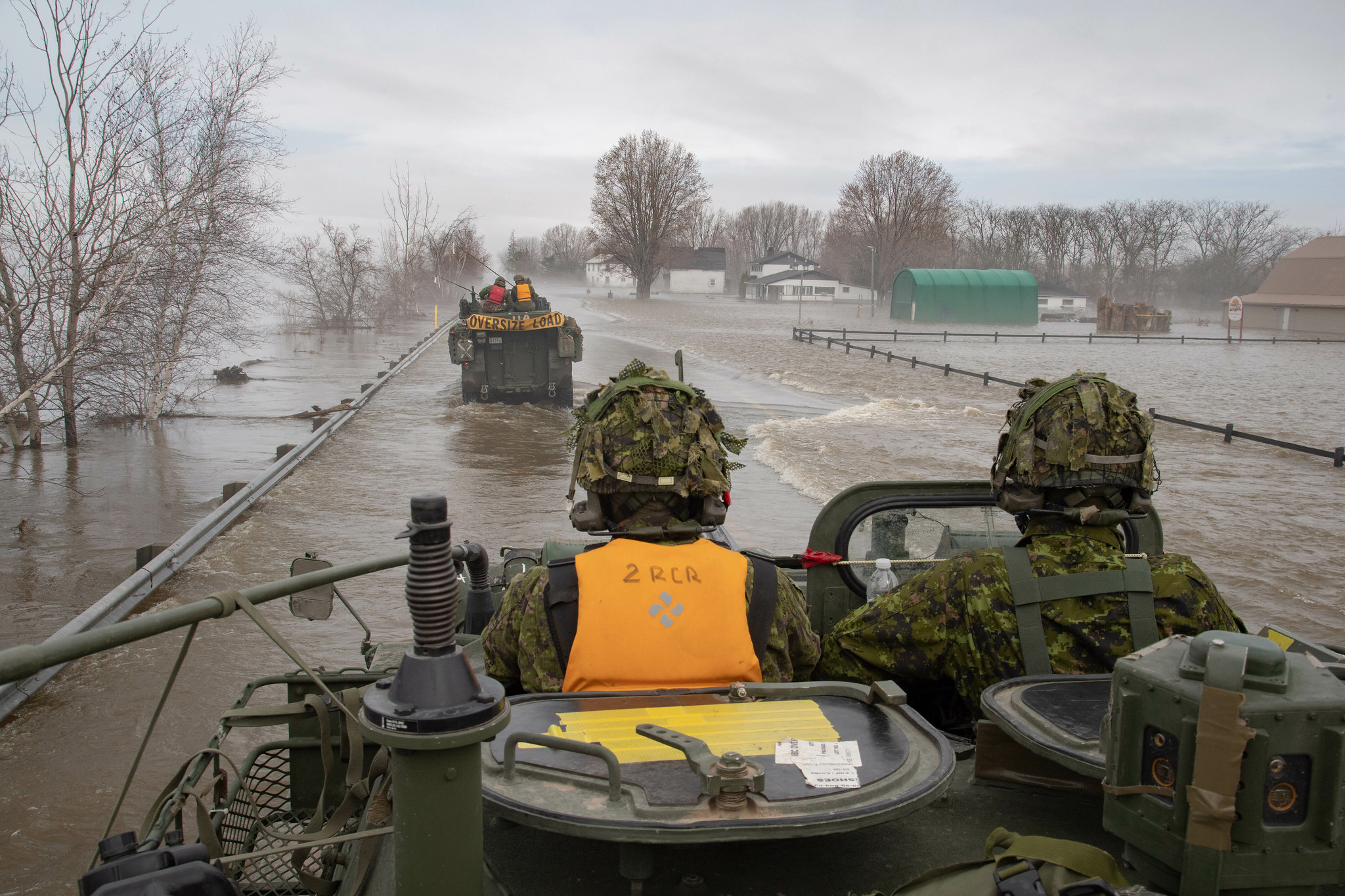 The flood situation across New Brunswick has caused more than 85 roads to remain closed or partially closed on Friday.

Water levels were predicted to reach 5.4 metres in Saint John on Thursday, rising to 5.6 metres on Friday.

Greg MacCallum, director of the New Brunswick Emergency Measures Organization, said flooding forecasts have dipped slightly and may not reach last year’s levels, but warned they are still well above the flood stage.

Around 350 members of the Canadian Armed Forces are assisting in flood relief efforts there.