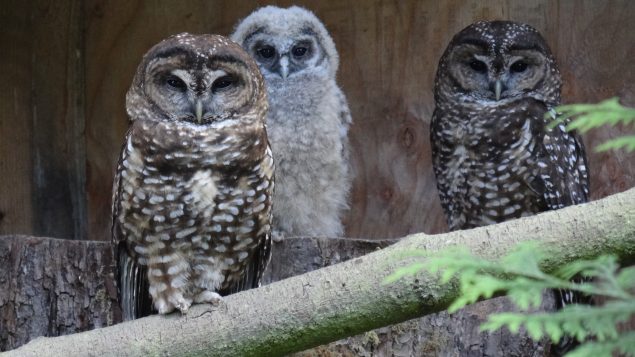 Parents Scud and Shania with their six-week-old chick, Dante between them. (Northern Spotted Owl Breeding Program)

Spotted owls bred to save them from extinction

Spotted owls live in trees 150 to 200 years old but there has been so much logging in the western province of British Columbia, such a loss of habitat, that there may be fewer than 10 individuals in the wild. So, researchers started breeding the birds in 2007 in hopes of eventually raising enough birds to be able to release 200 into the wild. But it is a slow and painstaking process.

So far, the Northern Spotted Owl Breeding Program in Langley, B.C. has five breeding pairs and the goal is to have 10. Researchers begin by monitoring the owls with the use of remote cameras. When an egg is laid, they take it away and replace it with  a robotic egg which can relay information about humidity, temperature and when the eggs are turned.

They take the real egg, put it in an incubator and incubate it for 32 days. The owl will lay another egg which will be left there for 10 days. Then all the eggs are removed to the incubator.

“So, she has an empty nest. She’ll look into her nest and think something has predated on her eggs like in the wild and…she’ll then lay two more eggs, hopefully,” says Jasmine McCulligh, a biologist and the program’s co-ordinator.

“Then we can hopefully produce twice as many chicks than they naturally would in the wild.” 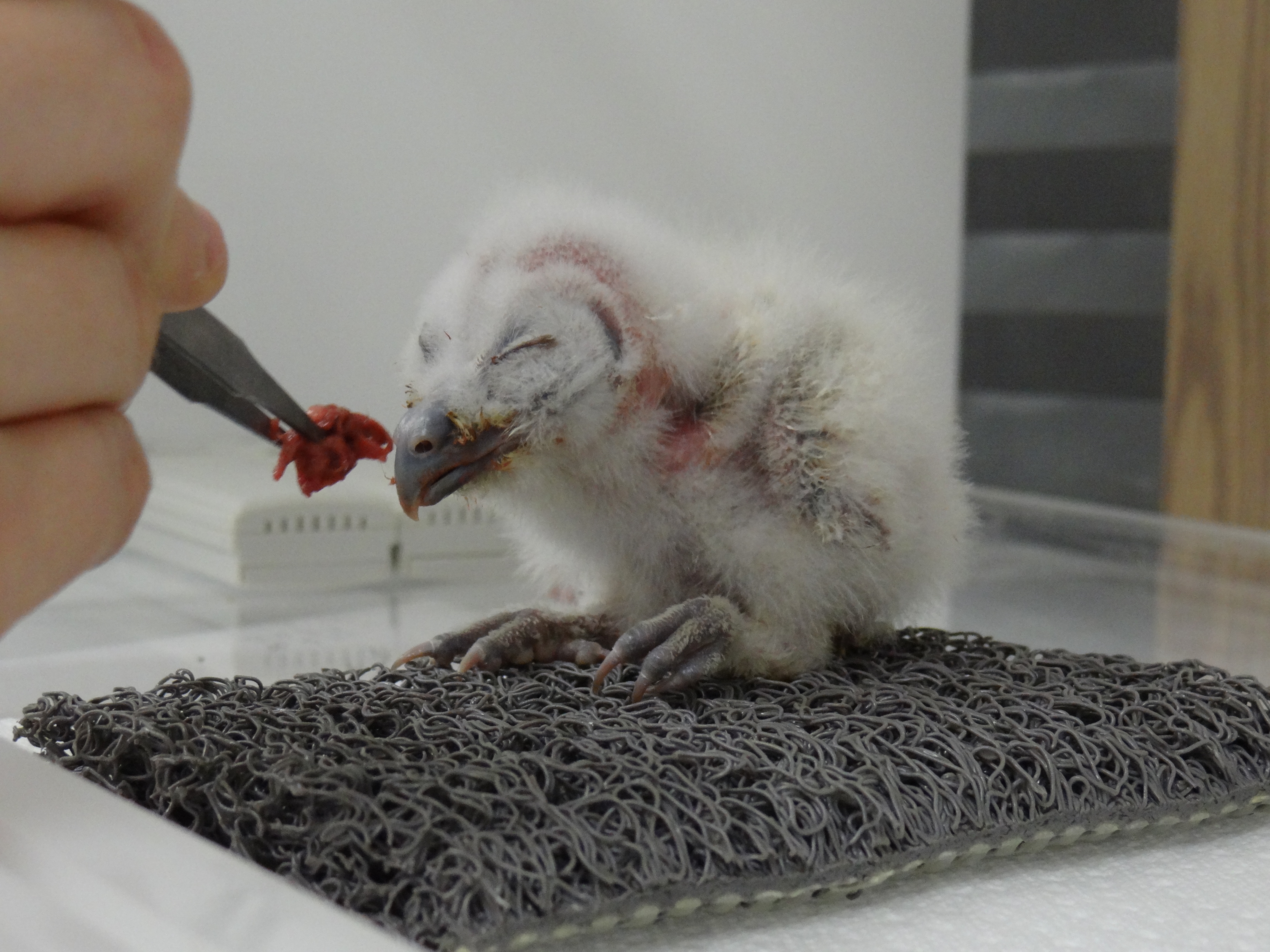 At first, the chicks are fed small amounts of rat meat by hand through the day. (Northern Spotted Owl Breeding Program)

New chicks are watched around the clock

After the chicks hatch, they are fed for a few days and breeders are on 24/7 watch. At first, the chicks have no feathers and their eyes and ears are closed. But once the eyes open they are reintroduced into the nest, where they are accepted by the adult owls.

“It’s a pretty instinctual behaviour to take care of something,” says McCulligh. “What we find is that owls that have never seen a chick in their lives, pretty much what I say is, if something is screaming ‘feed me,’ the owls will likely feed it.” 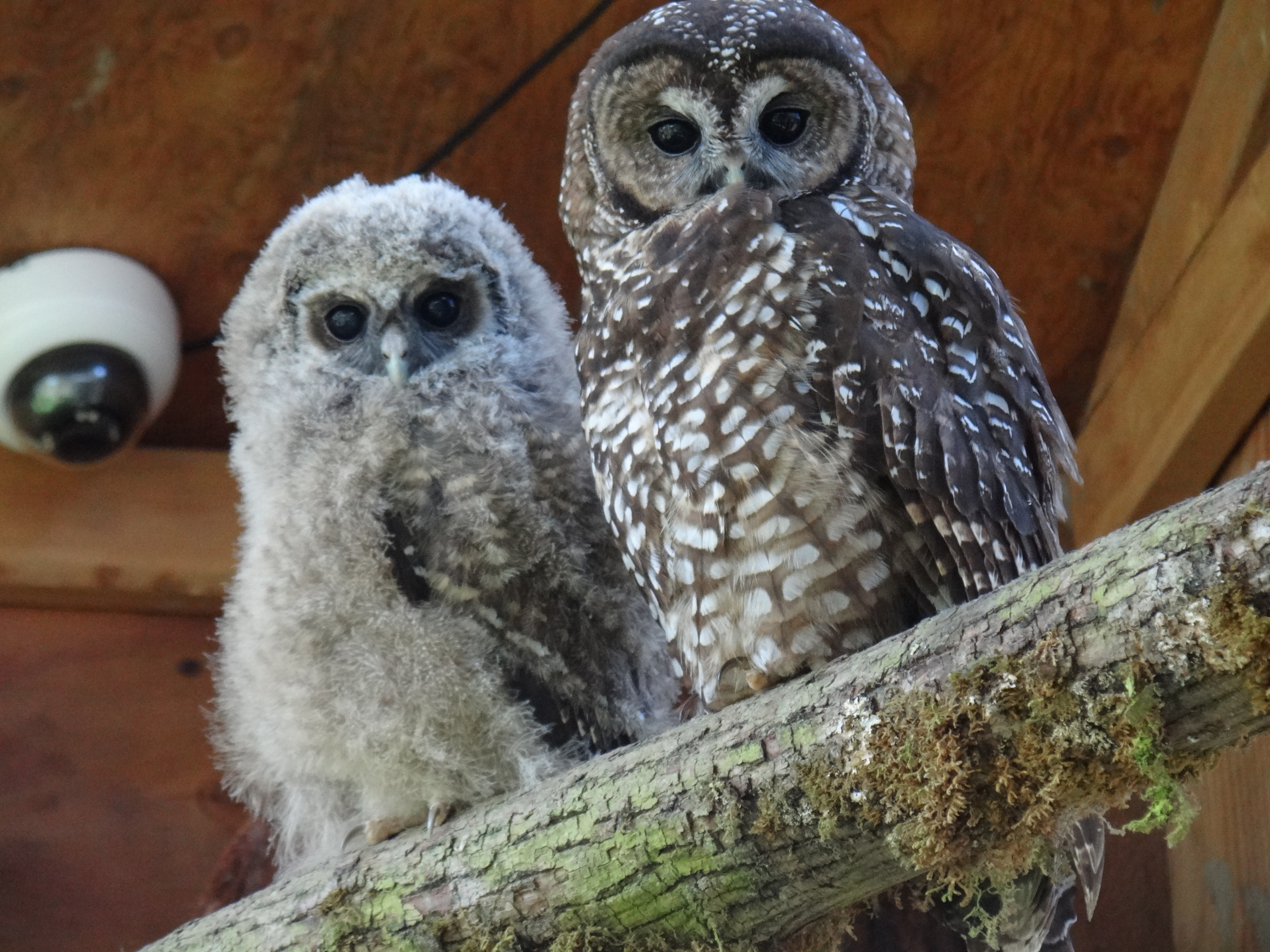 The chicks will stay in the sanctuary for a year because survival rates in the wild are not very good for that first period of their lives. The goal is to release 10 to 20 birds a year into suitable habitats. But whether that is possible will depend on the health, genetics and sex ratio of the birds. Says McCulligh, “it’s really important work and it’s something I’m happy and grateful to be doing every day.”

There are cameras trained on the incubator and researchers plan to relay video from the next hatching to the internet site so people can watch the new chicks.

The Northern Spotted Owl Breeding Program is funded by the government of British Columbia and the non-profit B.C. Conservation Foundation. 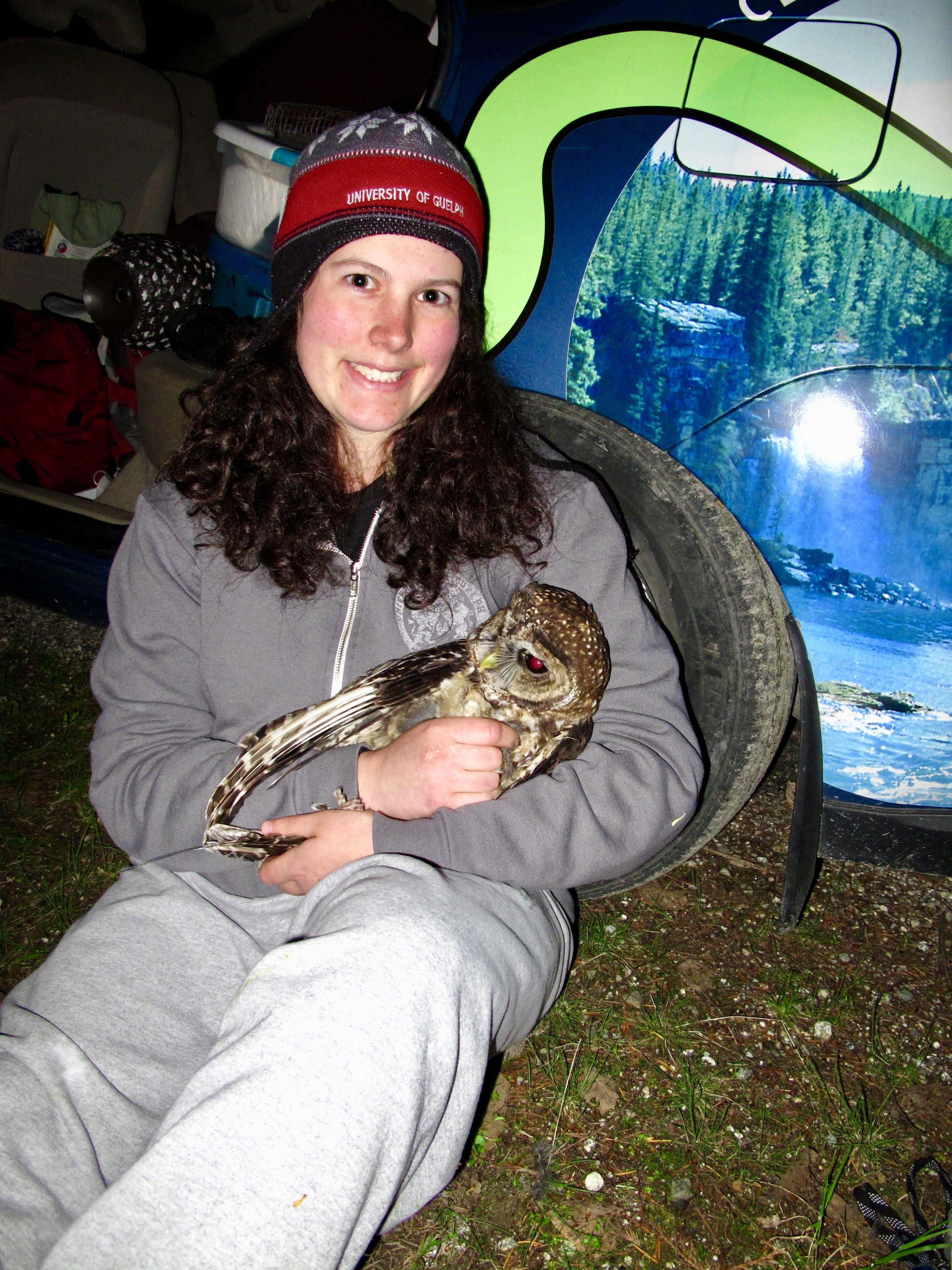 Jasmine McCulligh says it took some time to learn best practices for breeding the spotted owls.