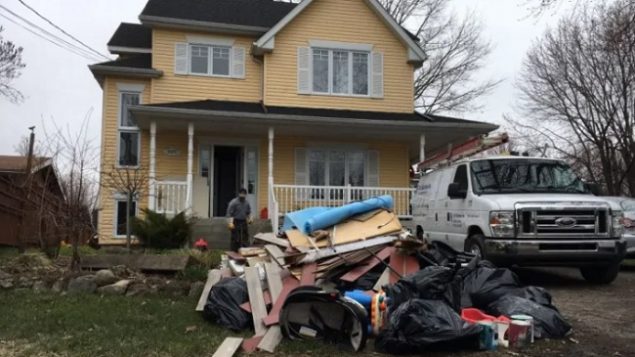 Where people have been able to return home after flooding, they have already begun to throw out belongings and materials that will grow mould within 48 hours. (Alison Northcott/CBC)

The Canadian government’s health department is warning people whose homes have been flooded to beware of mould. Anything that cannot be dried within 48 hours must be thrown out and that includes cushions, carpets, drywall, mattresses, stuffed toys, insulation and so much more.

Thousands of homes in eastern Canada have been damaged by water. About 2,600 soldiers have been deployed to help. 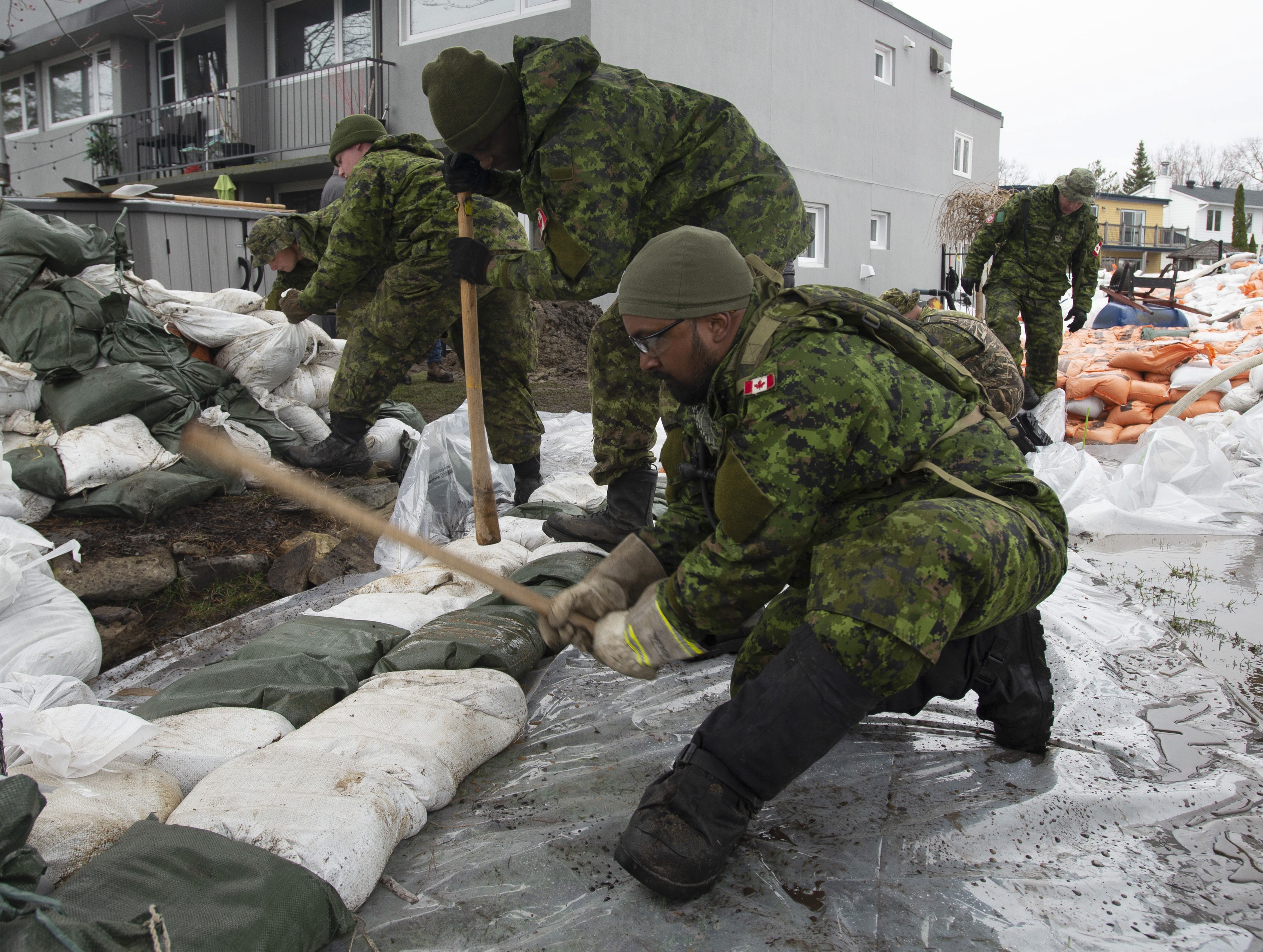 Members of the Canadian Forces compact a sandbag wall as they work to protect homes along the Ottawa River on May 1, 2019 in Ottawa. (Adrian Wyld/The Canadian Press)

Thousands had to evacuate

Public Safety Minister Ralph Goodale says the situation is stable and improving in the eastern province of New Brunswick. Water levels have not yet peaked in east Ottawa, the nation’s capital. They are likely to stay around record levels for a week as snow continues to melt and pour in from the north, said Goodale. There is flooding in other parts of Ontario as well.

In the province of Quebec, more than 6,000 homes were flooded and 9,000 people had to evacuate.  Some of them suffered similar flooding in 2017. In some cases people have returned and begun to clean-up.

Health Canada says mould left in homes can cause eye, nose and throat irritations, coughing, wheezing and shortness of breath. It offers information and resources on its website and the Canadian Red Cross is providing clean-up kits for homeowners at no charge. 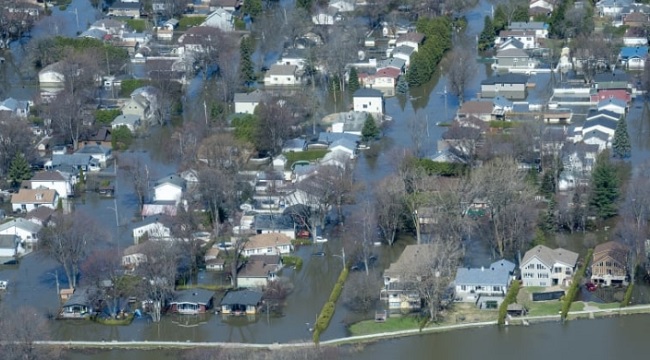 Homes and cars in Sainte-Marthe-sur-le-Lac, Quebec were flooded April 28, 2019 when the dike protecting it from the Lake of Two Mountains was breached. (Paul Chiasson/The Canadian Press)