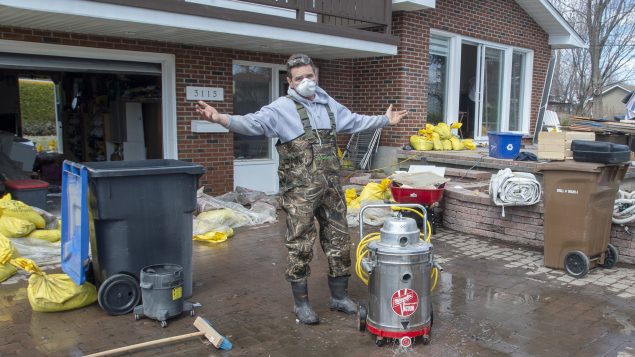 Some residents were allowed to return to flood-ravaged Ste-Marthe-sur-le-Lac, Quebec, to begin the grim work of cleaning up. (Ryan Remiorz/The Canadian Press)

The Canadian government announced it will provide a grant of $2.5 million to the Canadian Red Cross to support flood recovery efforts in eastern Canada. This is in addition to one million dollars that will be given to the Red Cross by the province of Quebec which is one of four affected by flooding.

The situation appears to have stabilized in the provinces of Manitoba and New Brunswick. In Ontario, waters are expected to crest today and to remain high for much of the coming week. But the situation could change if there is more precipitation. More than 2,200 people have evacuated their homes and 1,200 armed forces personnel are on hand to help. 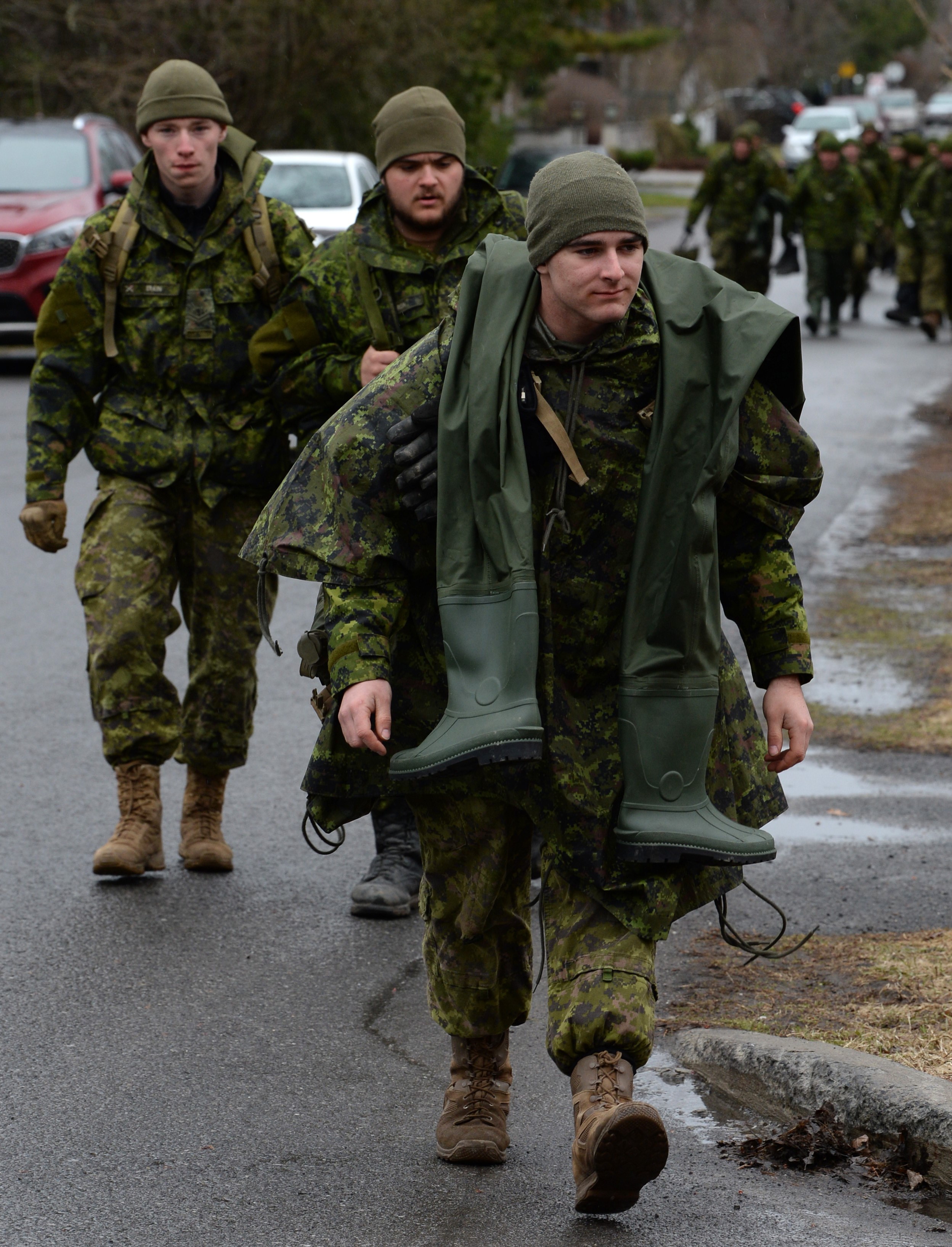 Members of the Canadian Forces make their way to help with flood defences along the Ottawa River, Wednesday, May 1, 2019 in Ottawa. THE CANADIAN PRESS/Adrian Wyld

In Quebec, 10,000 people living along the Ottawa and St. Lawrence Rivers were forced to leave their homes and 1,000 soldiers are helping. Ten to 15 mm of rain are expected in the area today but the forecast is for a drier weekend.

The Minister of Public Safety and Emergency Preparedness, Ralph Goodale announced the money will help the Red Cross provide things like temporary lodging, clothing, food, and other essential supplies. It will also be used to support the return home and recovery. He thanks the Red Cross for the help it has already provided.