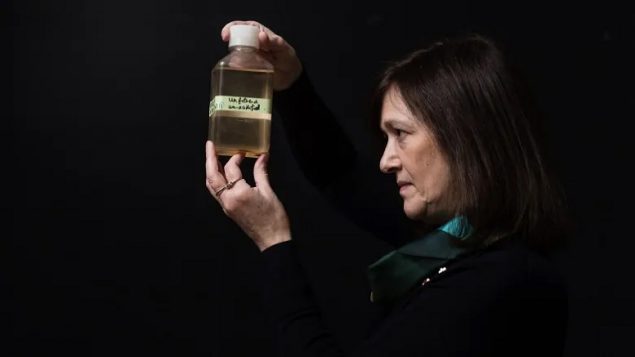 Barbara Sherwood Lollar of the University of Toronto hold a jar of the world's oldest water. She is the recipient of the 2019 Gerhard Herzberg Canada Gold Medal for Science and Engineering for her work on ancient Earth water. (Martin Lipman/NSERC)

A University of Toronto researcher has been awarded one of Canada’s top science prizes for her work related to the discovery of the oldest water on Earth.

In 2013, Canadian researchers descended over 2.5 kilometers deep into the Earth at a mine in northern Ontario 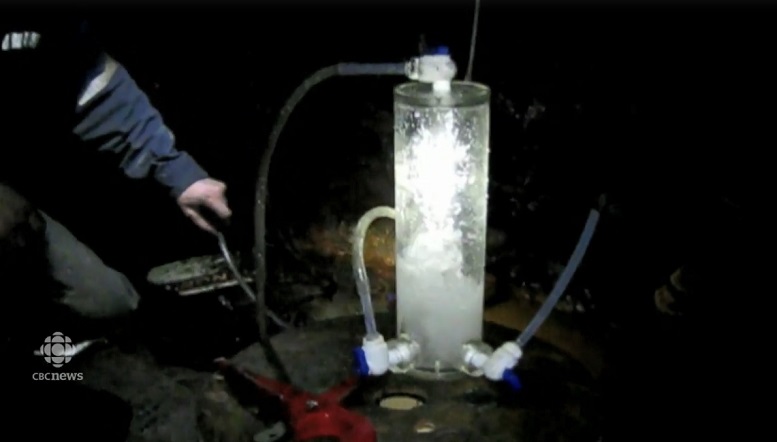 After discovering leaking water rising up onto the mine floor at 2.5 km depth, a shaft 3 km down revealed even older water. (University of Toronto-via CBC)

They were looking for water.  They had been told it was salt water, which they thought was very interesting and odd since the mine was in an area surrounded by fresh water sources.

Deep in the mine they found what was believed to be the oldest water in the world at over a billion years old. Lollar said that at the time is was the strange musty smell that caused her to think this was indeed very special water.

Then in 2016 they drilled down to about three kilometres depth and discovered even older and very salty water at about two billion years old. The age was determined through chemical analysis of the components and trace elements in the water. 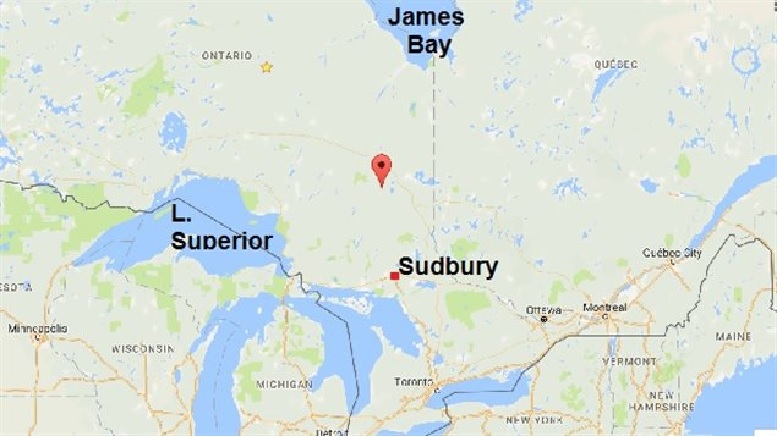 Red pointer indicates location of Kidd Creek mine at Timmins, Ontario where the oldest water was found. It’s about 300 km north of Sudbury, and over 700 km NW of the national capital Ottawa. (Google maps)

Later studies showed there were signs of microbial life that exists without light and oxygen and derive their energy from chemical reactions.

This has heightened interest in the possibility of life on other planets where water may exist under the surface, and lately especially Europa, a moon around Jupiter, and Enceladus, a moon around Saturn.

While both have icy crusts, Enceladus is believed to have vents spraying water into space from an underground ocean.

Working with NASA, she is quoted in the CBC, she said  “One of the major themes of planetary science is that we use the Earth to understand processes that might be going on on other planets,” Sherwood Lollar said. “And so the work we do … has direct relevance for what we do when we go out to search for processes on other planets.”