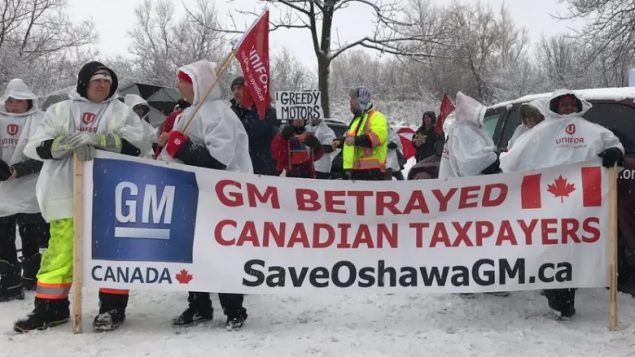 When GM Canada announced last year it was closing its Oshawa plant by the end of this year, Unionized workers took to the streets to protest. At least 300 of them will keep their jobs, but thousands of other jobs at the plant, and likely many others at suppliers will be lost (Camille Feireisen/Radio-Canada)

The automobile plant once celebrated as one of the crown jewels of the Canadian auto industry will live on, albeit breathing very softly.

General Motors Canada tossed a lifeline to the struggling plant in Oshawa, Ontario on Wednesday,

It announced it will spend $170-million to turn the facility into–among other things–a spare-parts maker and autonomous vehicle test track. 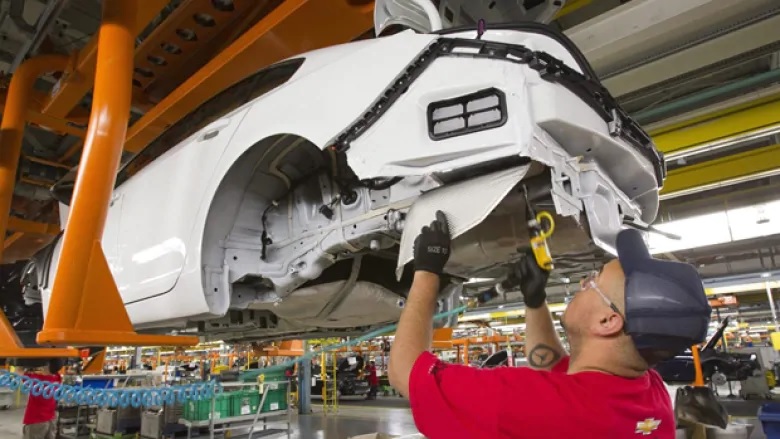 In its 1980’s heyday, the GM factory in Oshawa employed over 23,000 workers. (Frank Gunn/Canadian Press)

The announcement means 300 jobs remain at the plant, which was scheduled to close its doors at the end of the year with the loss of 2600 union jobs.

While the lifeline may be frayed, it provides a stitch of hope for Oshawa residents who have been riding an emotional roller coaster that has taken a toll.

“It has tremendous opportunity for growth,”Travis Hester, chief executive of GM Canada, told a news conference in Oshawa. 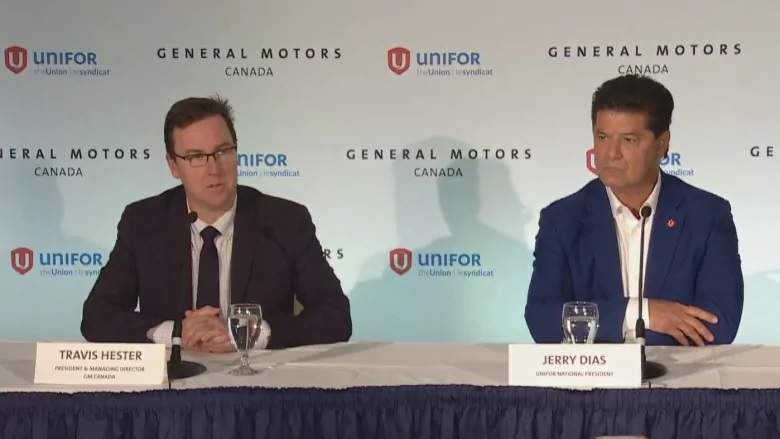 GM Canada president Travis Hester and Unifor national president Jerry Dias speak to reporters on Wednesday. Both hinted that a brighter future might be in store though no promises were made. (CBC)

The sentiment was echoed by Jerry Dias, national president of Unifor, the union that represents the workers.

“By maintaining a footprint in Oshawa, and keeping the plant intact, we save hundreds of jobs, and this gives us the ability to build and create new jobs in the future,” Dias said.

“We are in a much better position than we were five month ago when the plant was closing.”

With files from CBC, CP, CTV, Globe and Mail