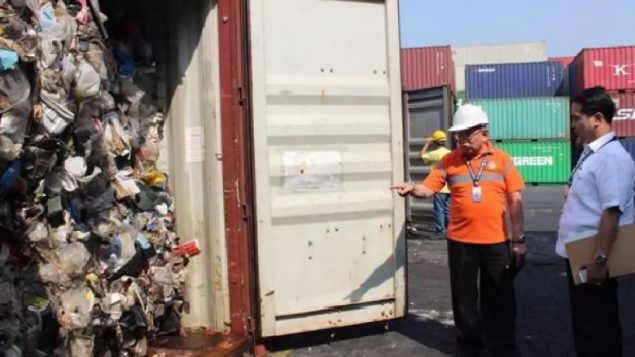 Officials check a shipping container holding garbage from Vancouver in Manila in this undated, handout photo. Philippine diplomats have been called home from Canada as a result of the long-running dispute over garbage shipped from Canada in 2013 and 2014. (Philippines Bureau of Customs/Canadian Press)

The dispute between Canada and the Philippines over garbage shipments in 2013 and 2014 escalated overnight.

“At midnight last night, letters for the recall of our ambassador and consults to Canada went out,” Philippine Foreign Secretary Teddy Locsin Jr. said in a tweet Thursday.

Locsin says Canada missed a May 15 deadline to come and get what’s left of 103 trash containers, originally mislabelled as plastics.

But the containers, delivered by a private contractor, held tonnes of household waste, including plastic bottles and bags, soiled diapers and newspapers. 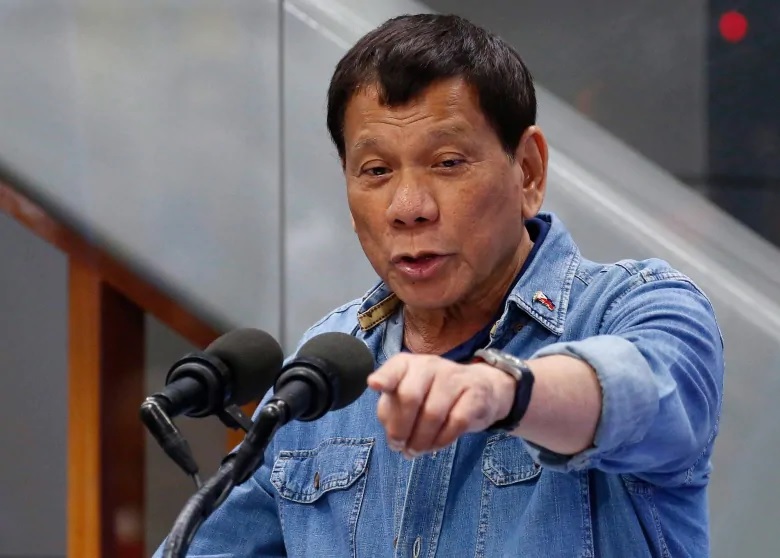 The president of the Philippines, Rodrigo Duterte, says that if Canada doesn’t take back tonnes of trash he will “declare war” and ship the containers back himself. (Bullit Marquez/Associated Press)

Thirty-four of the containers have since been disposed of in a Philippine landfill.

The rest remain at ports in Manila and northern Subic.

Canada says it is prepared to come and get the trash, but Locsin says Canadian officials failed to show up for the latest meeting to discuss the issue, triggering the midnight recalls.

Philippine President Rodrigo Duterte has repeatedly said he wants the waste returned to Canada and is prepared to “declare war against” Canada over the issue.

“I want a boat prepared,” he said in a speech last month.

“I’ll give a warning to Canada maybe next week that they better pull that thing out or I will set sail to Canada and pour their garbage there.” 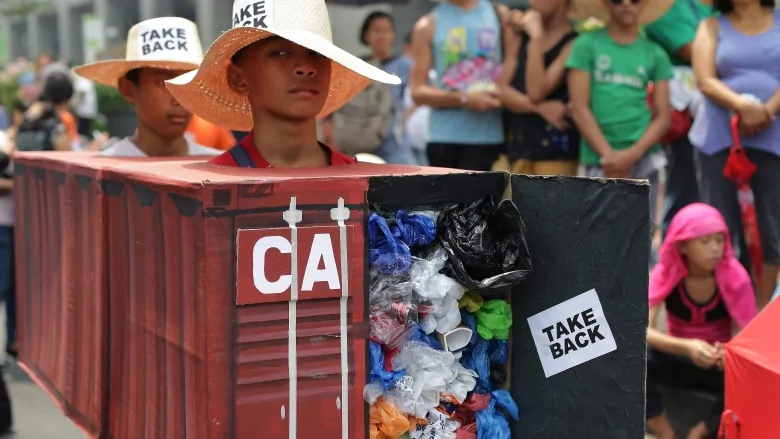 Filipino environmental activists wear a mock container vans filled with garbage to symbolize the containers of waste that were shipped from Canada to the Philippines. (The Associated Press

“Celebrate because your garbage is coming home,” he said. “Eat it if you want to.”

Prime Minister Justin Trudeau said in 2017 that Canadian regulations preventing the return of the garbage had been resolved, but a Philippine official says Canadian “bureaucratic red tape” is the cause of the garbage remaining Manilla.