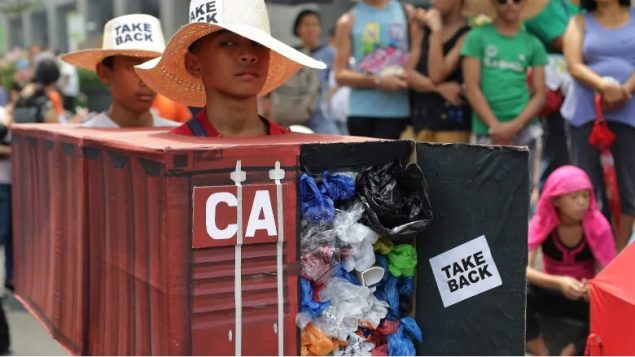 Garbage wars- Philippines to Canada- take it back or else

The story begins in 2013. An Ontario company began sending shipping containers to Manila labelled as being filled with “recyclable plastic”.

In fact, they’re filled with garbage.

This week President Rodrigo Duterte said he will declare “war” if Canada doesn’t immediately take back the containers.

The 103 containers, an unreported number of which have been sitting on the docks since then. When inspectors opened them years ago it was discovered they were in fact filled with well over 2,400 tonnes of household trash and other unrecyclable garbage like used diapers.  The issue of Canada taking back the garbage has been simmering for years.

A Philippines court in 2016 ruled the garbage must be returned to Canada.

When Canada’s Prime Minister Justin Trudeau visited the Philippines in 2017 he said his government was working on the issue and trying to find a solution,  He apparently said much the same to former Philippines President Aquino in 2015, noting his government ““very much engaged” in finding a solution. 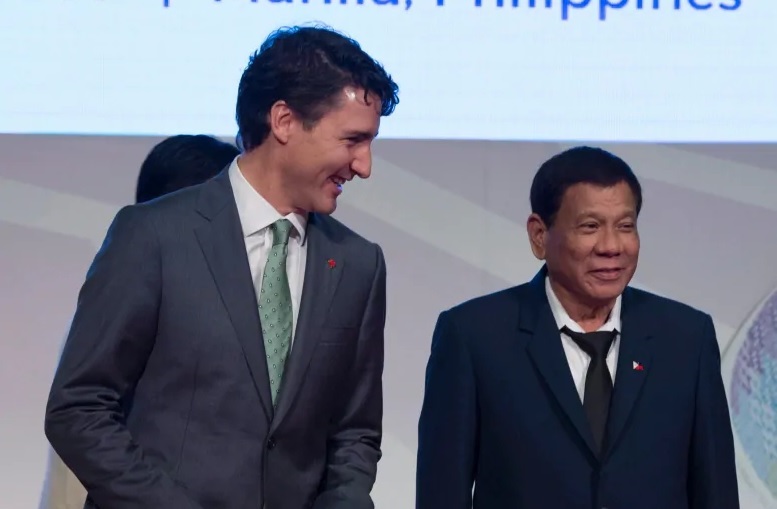 Canada’s Prime Minister Justin Trudeau (L) with Philippines President Rodrigo Duterte in Manila Nov. 2017. Trudeau had promised former President Aquino in 2015 that his government was working on the garbage issue and made the same promise to President Duterte in 2017. (Adrian Wyld- The Canadian Press)

However reports say Canada has been quietly trying for six years to get the Philippines to accept and dispose of the trash there.

On Tuesday though, President Duterte is quoted as saying Canada should take back the garbage next week, or he’ll load a ship and send it back and that Canada should prepare a grand reception for it. “Eat if if you want to” he said.

In an email to CBC this week, a spokesperson for Canada’s Environment ministry wrote,” “Canada is strongly committed to collaborating with the Philippines government to resolve this issue and is aware of the court decision ordering the importer to ship the material back to Canada”. It went on to say the government is working with officials from the Philippines toward “a timely solution”.

Quoted by CNN Presidant Duterte said Canada better take back the garbage or,  “We’ll declare war against them, we can handle them anyway”.

In 2018, China banned imports of plastic waste which it had been recycled into new products. China said the ban was to protect its air and environment. Since then it seems much of the waste is being sent to developing countries in southeast Asia, or elsewhere in the world where it sits in massive piles, or disposed of by highly toxic open burning.