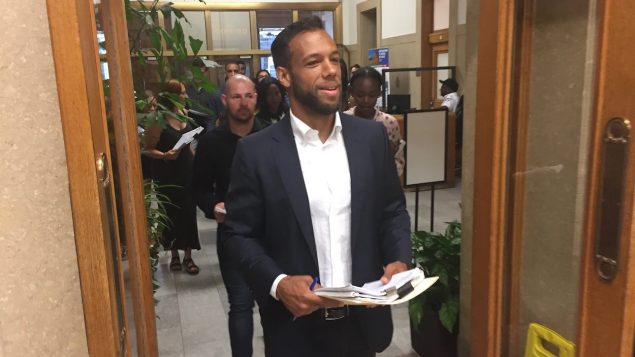 The first-ever public consultations on systemic racism and discrimination in Montreal began Wednesday.

There have been various kinds of talks, meetings and declarations on the matter for over 30 years, but activists are are hoping that this time–maybe–more than a little progress will be made.

The consultations by the Office de consultation publique de Montréal (OCPM) are being held in a city where immigrants now comprise 34 per cent of the  population and the unemployment rate for new immigrants is double what it is for non-immigrants. 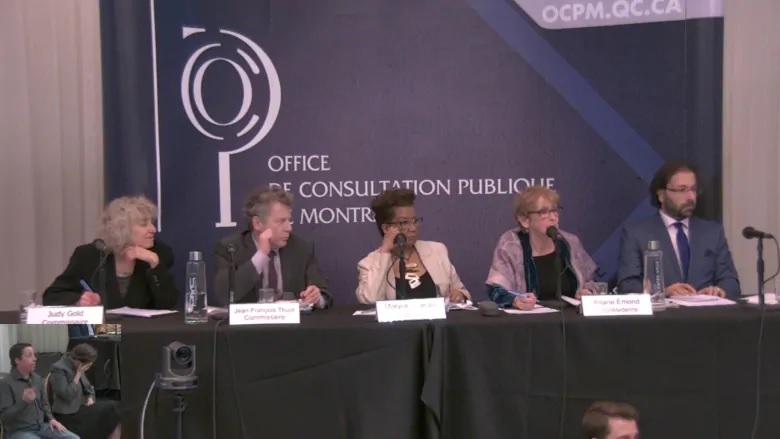 The general information session of the public consultation will continue Thursday evening. (Livestream/ocpm.qc.ca)

Last year more people began taking their anger about lack of action to the streets.

In December, the City of Montreal directed its police service to track allegations of social and racial profiling as part of a series of commitments aimed at curbing the long-standing problem.

That same month, a research group at Concordia University released a report that showed racial profiling remains an issue in Montreal neighbourhoods where people of a visible minority congregate.

Discussions and declarations go back to–at least–1989 when the city signed a declaration against racism. 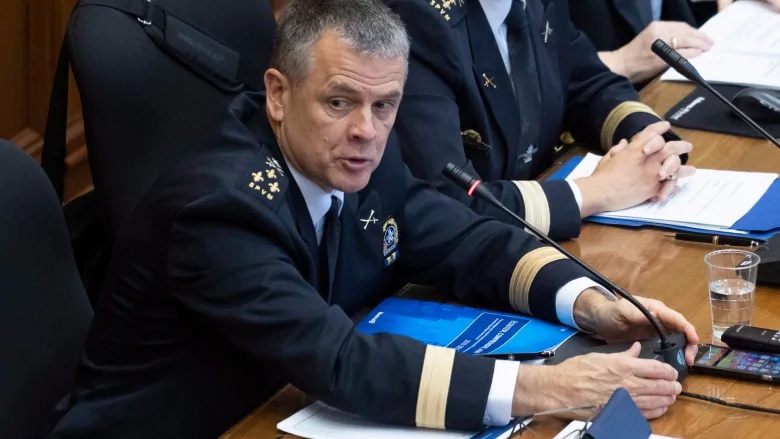 Last December Montreal Police Chief Sylvain Caron unveiled the service’s new action plan to curb profiling. It requires the department to record the number of cases where an officer is found guilty of racial or social profiling. (Paul Chiasson/Canadian Press)

And there have been plenty since (see page 66 of link at top of story) but, activists say, what’s needed is a whole lot more action.

Still, systemic discrimination is back in the news, getting a bit of attention.

That’s due in no small part to a human dynamo named Balarama Holness, who leads a group called Montreal in Action.

Holness is currently a third-year law student at McGill University

Among other things in his 35 years, he’s has earned a Master’s Degree in Education (University of New Brunswick, 2015), won a Grey Cup (Montreal Alouettes, 2010) and run (he lost) for borough mayor in Montreal North (Montreal municipal election, 2017).

Holness, in short, is one of those guys who doesn’t let a lot of grass grow under his feet–understandable enough when one considers that he was a sprinter in university. 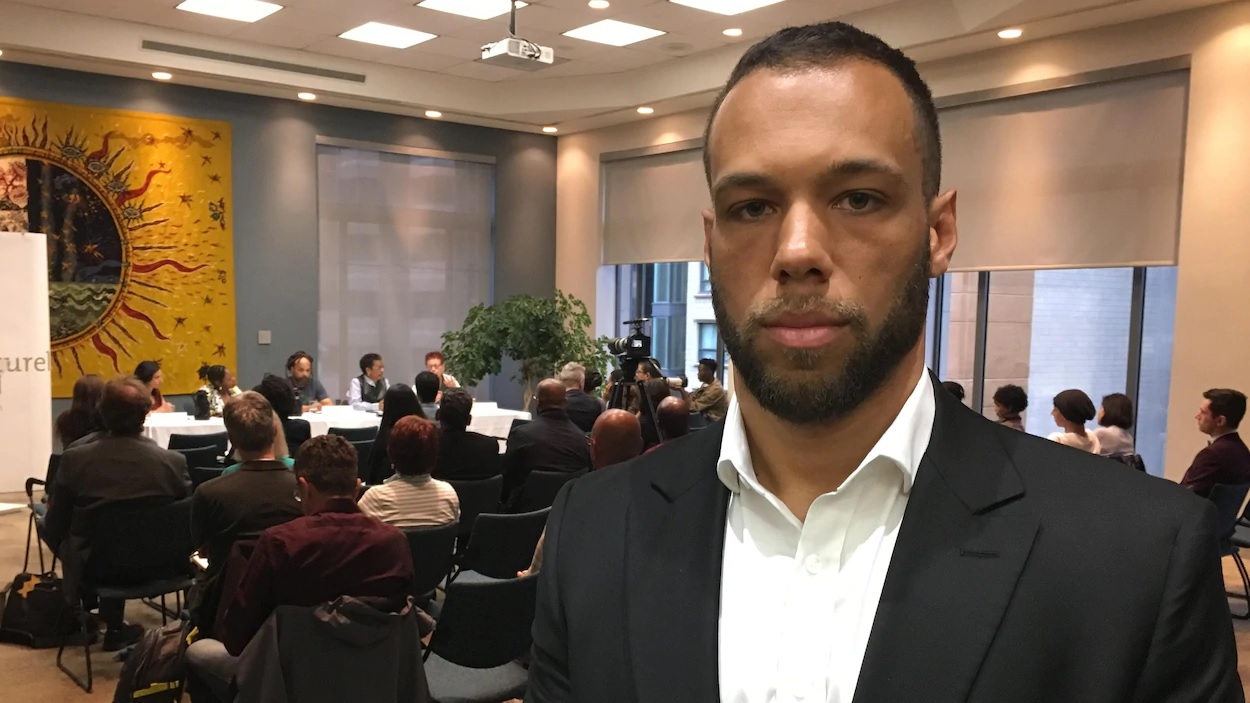 Balarama Holness, the former Projet Montréal mayoral candidate for the borough of Montreal North, was one of the people who spearheaded the initiative to demand the public hearings. (Antoni Nerestant/CBC)

In May of last year, he began gathering signatures for a petition he started to get the city moving on doing something about the ill-effects of racism

He got 22,000 and last summer it was declared valid, forcing the City to begin the consultation process.

He was in the room last night when he, along with with members of Montreal’s deaf, physically handicapped and Indigenous communities, showed up for what was billed as an information session.

I spoke with him Thursday morning.