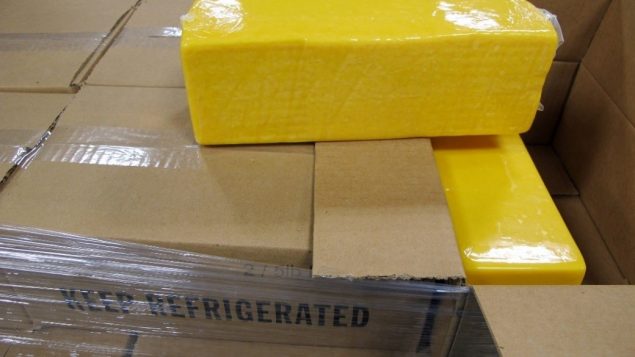 A truck driver, who was caught trying to smuggle 3,990 kg of cheese from the U.S. into Canada, will have to pay a $30,000 fine, officials with the Canada Border Services Agency say. (CBSA)

A man who tried to smuggle about four tonnes of cheese into Canada earlier this year has five years to pay a $30,000-fine with a minimum payment of $1,000 each year for failing to declare the goods, an Ontario court has ruled.

The contraband cheese was discovered by Canada Border Services Agency (CBSA) staff during a secondary inspection of a truck at the Lansdowne (Thousand Islands) border crossing between New York State and Ontario on Jan. 10, 2018, CBSA said in a press release Monday.

It’s not clear what gave away the smuggler, but CBSA officials said officers look for “indicators of deception and use a risk management approach in determining which goods may warrant a closer look.”

Customs officials arrested the man and charged him with smuggling. 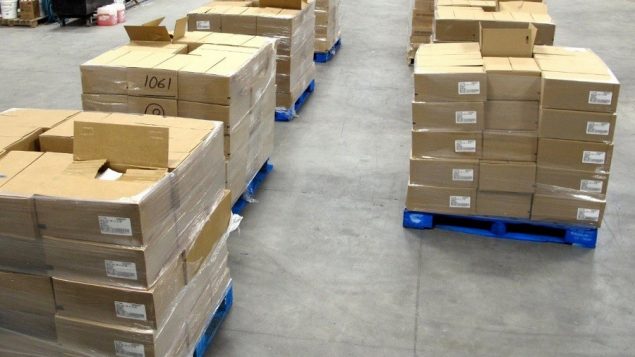 CBSA officials found eight skids of undeclared cheese in the back of a truck sent of secondary inspection on Jan. 10, 2019. (CBSA)

Haissam Azaar, 50, pleaded guilty and was sentenced on May 9, 2019, by a court in Brockville, Ontario.

“Seizures like this serve as a reminder of the vital role CBSA officers play in preventing risks to Canada’s food safety as well as contributing to Canada’s economic security,” Darren Frank, CBSA St. Lawrence district director, said in a statement.

All travellers must truthfully declare when entering Canada, CBSA officials say. Failure to report all goods or trying to undervalue them may lead to seizure action and/or criminal prosecution, CBSA warns.

“If you do not declare goods, or if you falsely declare them, CBSA officers can seize them,” CBSA warns. “This means that you may lose the goods permanently or may have to pay a penalty (ranging from 25 per cent to 80 per cent of the value of the seized items) to get them back.”